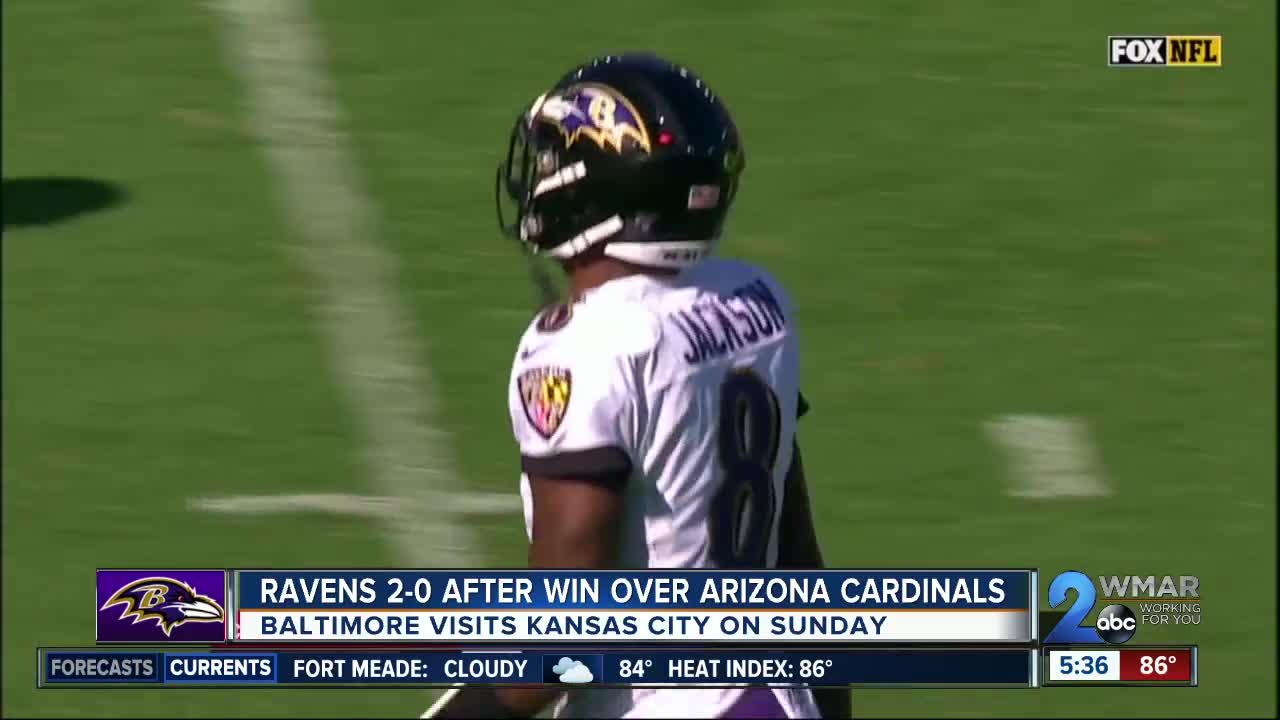 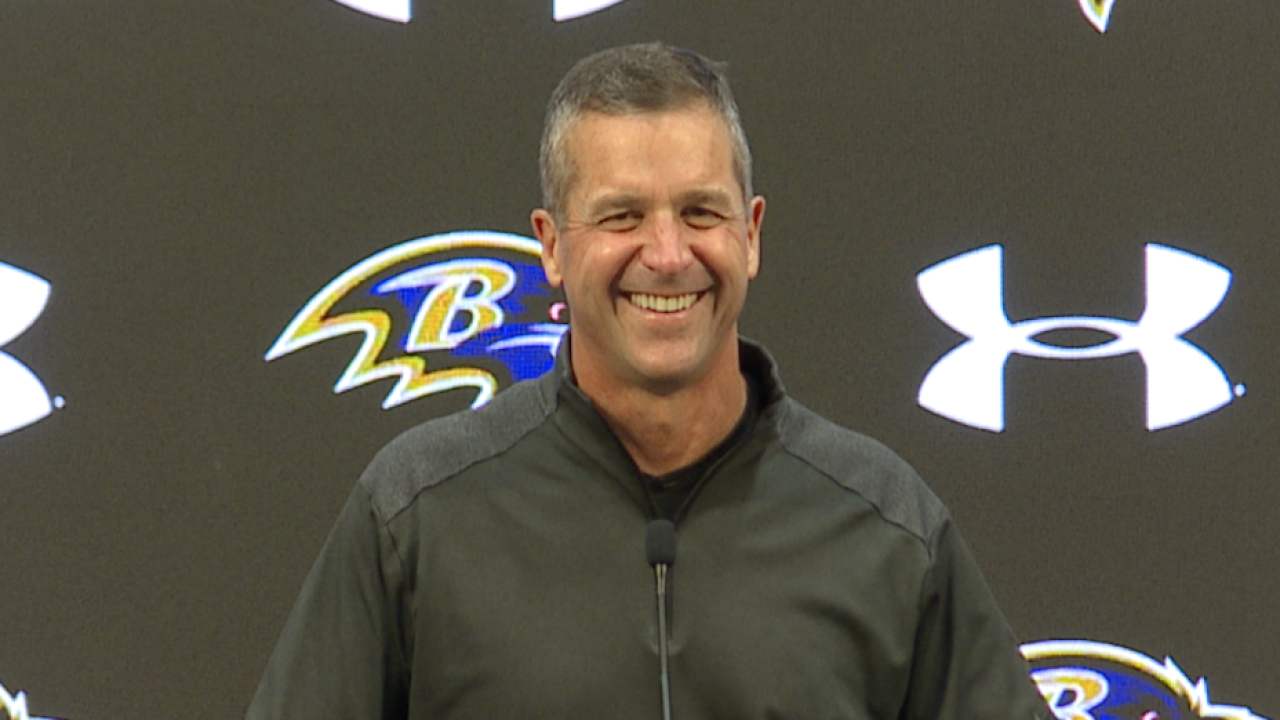 OWINGS MILLS, Md. — 2-0 and in first place in the AFC North following Sunday's 23-17 win over the Arizona Cardinals.

It wasn’t a record number of points like the season opener, but the quarterbacking did set another NFL mark. Lamar Jackson became the first player in league history with at least 250 passing yards and 120 rushing yards in a single regular season game.

During his weekly Monday press conference, Head Coach John Harbaugh said when it comes to recognizing when to run versus when to pass, Jackson has improved in his second season.

“He’s better at everything, like any player would be at this stage,” said Harbaugh. “I think Lamar improves very rapidly and very quickly.”

As quickly as rookie receiver Marquise Brown runs, the duo is developing some chemistry over their first couple games. They basically sealed the win over the Cards with the third-down, 41 yard hook-up late in regulation.

“That’s two guys that executed to perfection in that situation,” said Harbaugh. “To make that throw, you can talk about any quarterback you want in the history of the game, there’s no quarterback that’s making any better thrown than that. Ever.”

As for the defense, the secondary must improve. Poor play and miscommunication led to several big plays by the Cardinals. It also led to the Ravens being flagged for 12 men on the field twice on the same drive (once on defense and once on special teams).

“I’d have to put them both in the communication category. That’s not something we want to see, for sure. We’ve got to get better at that. We don’t like that very much at all,” said Harbaugh.

Elsewhere around the NFL, some huge injury news came down on Monday within the Ravens division. The Steelers announced quarterback Ben Roethlisberger will undergo surgery on his injured elbow this week and miss the remainder of the season.

“Couldn’t have more respect for a player than we have for Ben Roethlisberger. A heck of a lot of football games played against him and his team. But, our focus is on Kansas City. Our focus is on our season,” said Harbaugh.

The Ravens visit the undefeated Chiefs on Sunday.