Ray Lewis preparing for Hall of Fame enshrinement: 'You can't get cut from this team.' 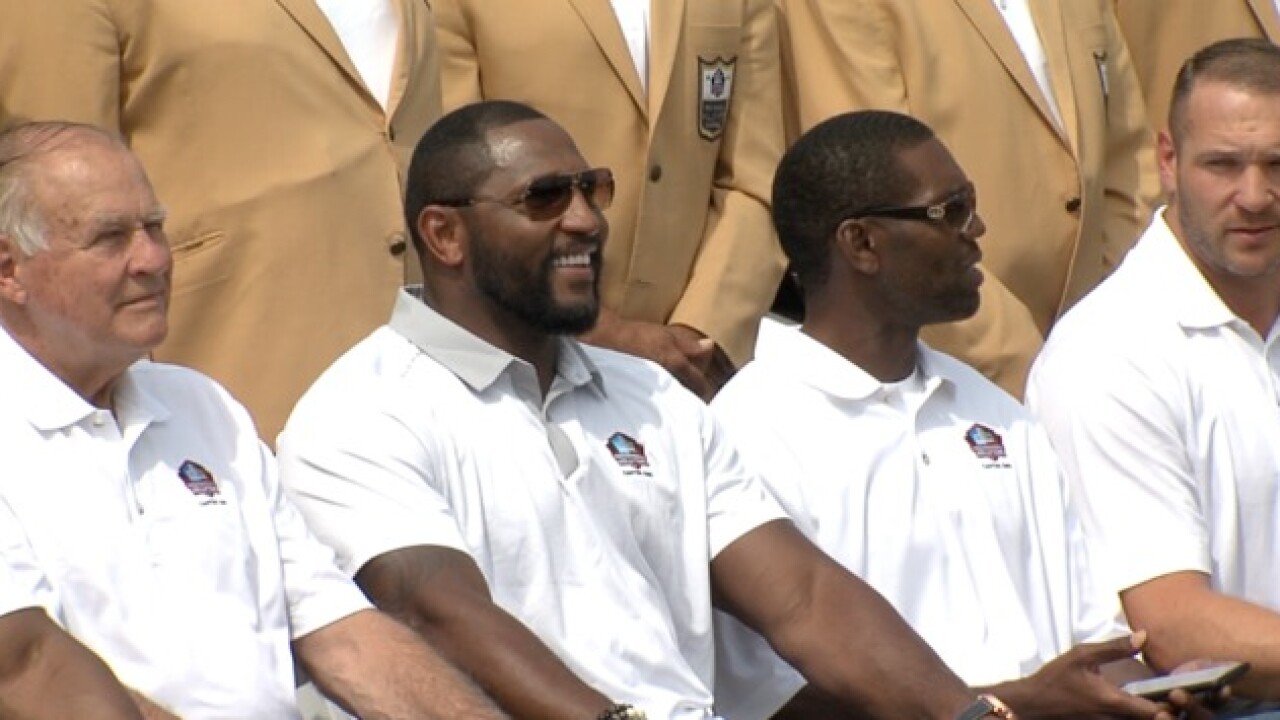 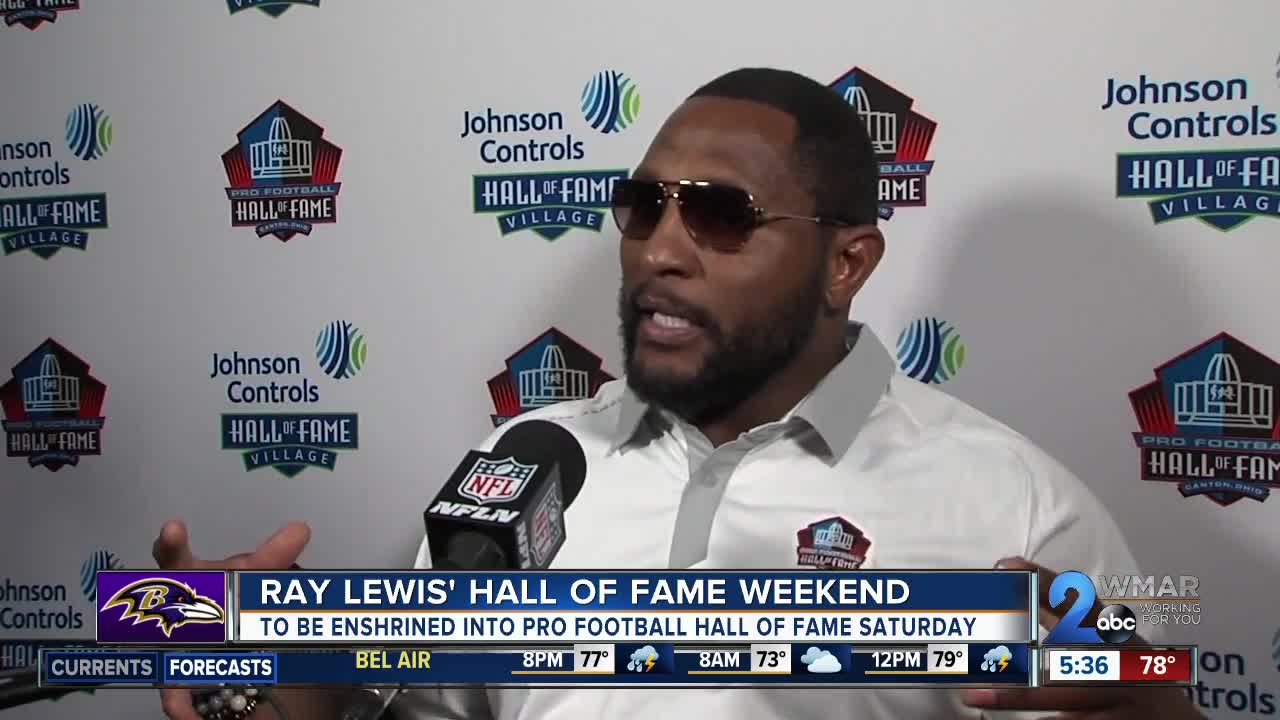 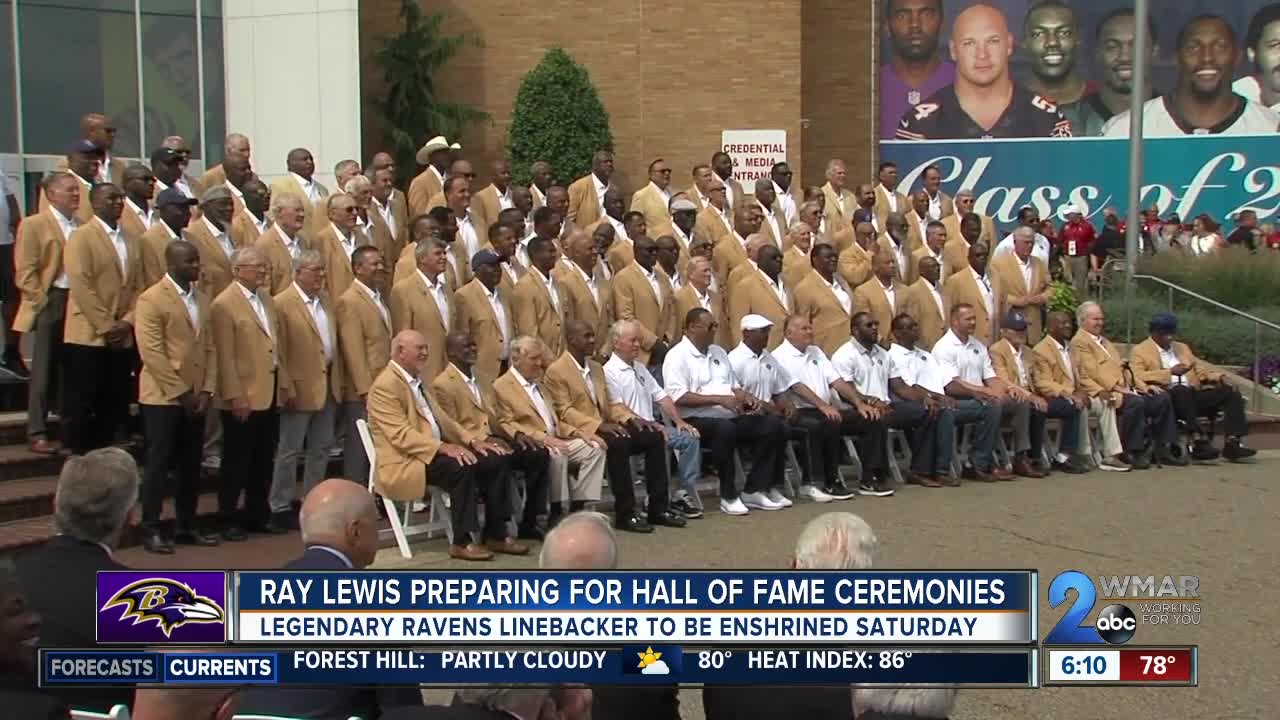 It is a weekend to honor the best football players to ever take the field.

And a weekend for Ray Lewis to remember what got him to Canton, Ohio as part of the Pro Football Hall of Fame class of 2018.

“Walk into Baltimore for the first time and we have no logo. We have no team identity. We have no culture. We have to create,” said the legendary Ravens linebacker.

And create he did as part of the first draft class in Ravens history in 1996.  He quickly built one of the most feared teams in the NFL.

He doesn’t have to hustle anywhere anymore.  His bust will be housed forever inside the Hall of Fame.  The men that make up the most exclusive football fraternity can’t wait to welcome him home. Part of that club is his former Ravens teammate Rod Woodson.

“Best middle linebacker to ever play the game and probably the best leader an NFL team probably ever had,” said Woodson about Lewis. “He was an example for his peers on and off the field. That’s my guy. I’m glad to see him here.”

As he sat among the greats of the game, at the 2018 Pro Football Hall of Fame Group photo on Friday morning, you could see on Ray’s face he’s glad to be there.

“You can’t get cut from this team. Nobody can’t move you down from first team to second team. Ain’t no ‘I’m better than you, you’re better than me’. It does not matter. The only thing that matters is that you’re a Hall of Famer,” he said. “I have never in my life experienced this level of greatness and this level of respect.”

As for what he hopes people think when they see his bust inside the Hall of Fame in future years:

“You played the game for one reason. To hopefully leave a legacy of hope to where you can inspire people to not give up on their dreams.”

He said he’s sharing the honor with the city of Baltimore.

A family with a rich Ravens logo, identity and tradition that a now Hall of Famer helped start.