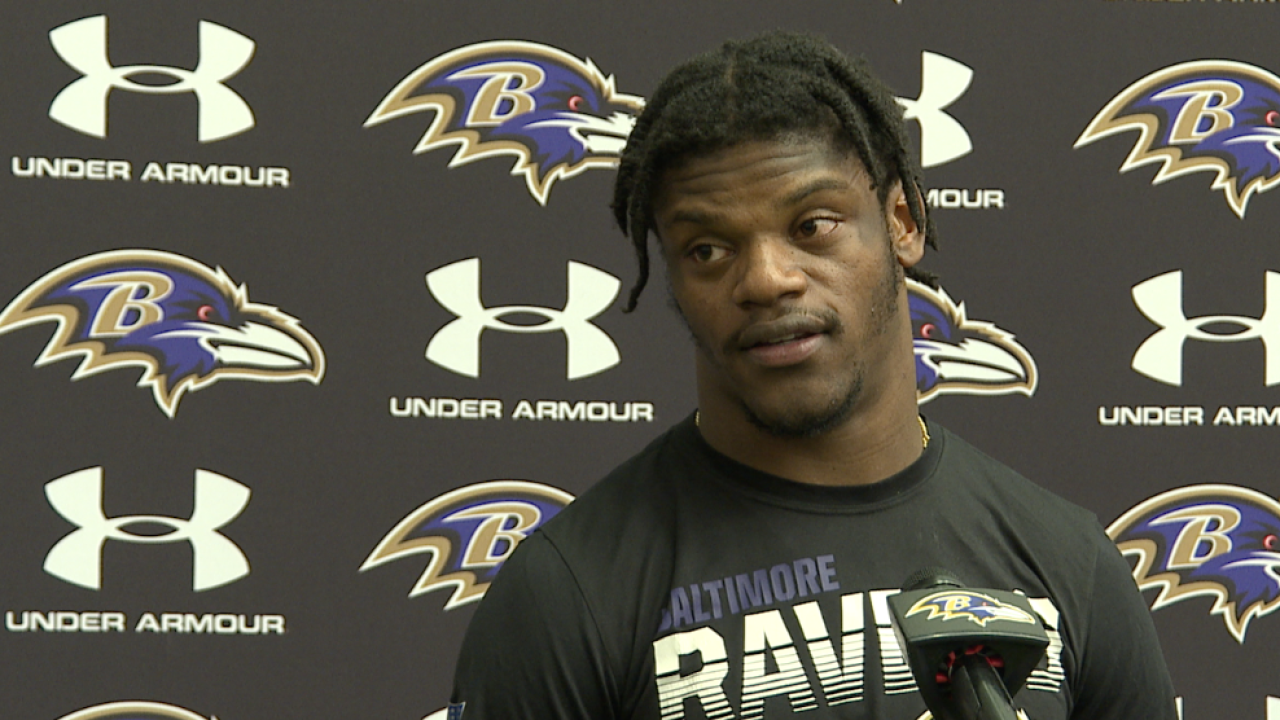 With their next victory they’ll clinch the No. 1 seed in the AFC playoffs for the first time.

“It’s huge,” said running back Mark Ingram. “I think any time you can lock a one seed you get a first-round bye and you’re at home.”

“We could control our own fate, have two home games no matter what - if we win the first playoff game - and have that first round bye. That’s a huge deal,” added guard Marshal Yanda.

If they want to do that, and extend their franchise-best win streak to 11 straight games, they’ll have to beat the team that handed them their last loss - the Cleveland Browns.

This team has changed drastically since then.

“Our chemistry is different. Our mind is different,” said quarterback Lamar Jackson. “When we go out there on that field we’re dialed in.”

That week four loss was the turning point.

“We were not a good football team right after that game,” said Yanda. “We had a long way to go. We had to improve and change some things.”

“We were 2-2 and we pretty much said our season could go one of two ways,” said Ingram. “We could change it and have success or we can fall, fold.”

We all know how that turned out.

And in a year full of franchise records the Ravens celebrated yet another one on Wednesday. Twelve players were named to the Pro Bowl, including first-timers Jackson, Judon and fullback Patrick Ricard.

“The individual goals, they mean something because it’s your story,” said Judon.

“I was personally very surprised,” said Ricard. “It’s just unbelievable and it’s crazy, too. There’s still multiple players here who could have also made the pro bowl.”

The dozen Pro-Bowlers ties the 1973 Dolphins for most by any team in NFL history.

Of course all twelve hope they won’t be playing in the NFL’s all-star game. They hope to be suiting up in the Super Bowl instead.