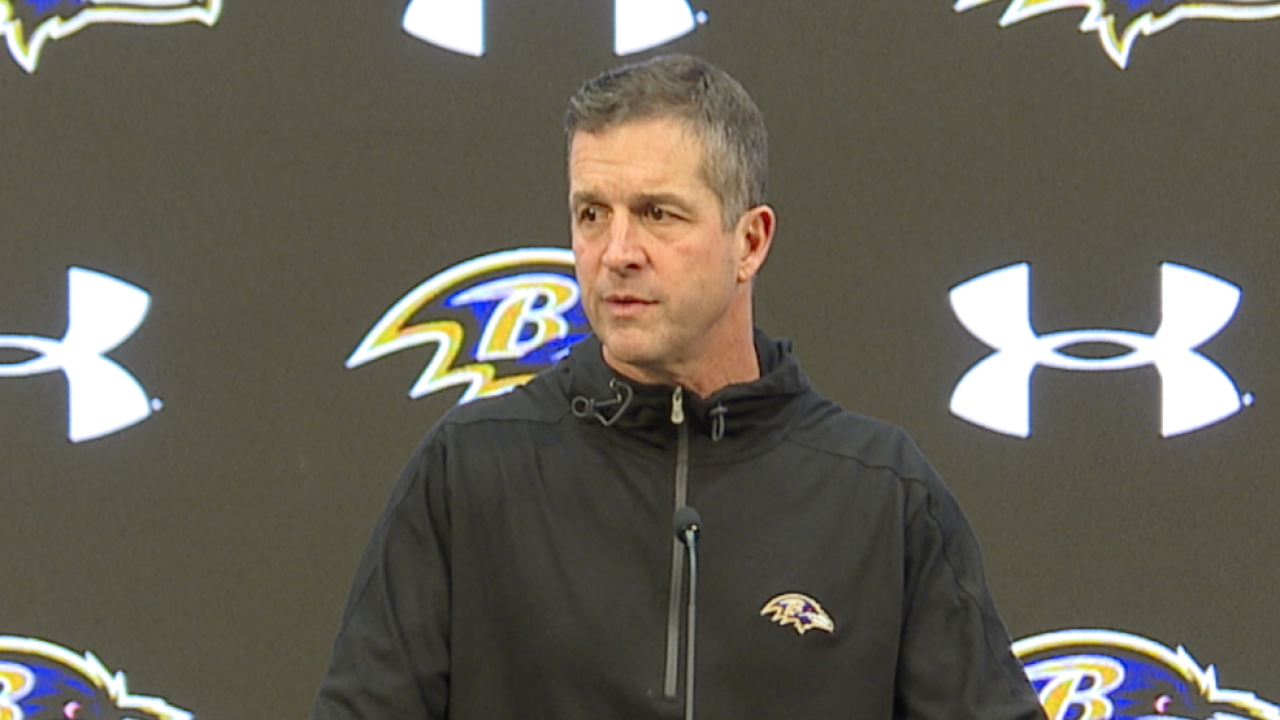 That doesn’t matter anymore because the postseason is here.

"It’s a new season in terms of, everybody’s is 0-0. It’s the playoff season. It’s a beginning of an opportunity that is what you work for,” said Head Coach John Harbaugh during his weekly Monday press conference.

His Ravens are the No. 1 seed in the AFC playoffs and riding a win streak they know if they can increase from 12 to 15 will give them a nice silver trophy in February.

“You do everything you do for an opportunity to be in this tournament and that’s what we’re excited about,” he said. “So, it’s new in that sense. But also, we’re the same team going forward and we want to keep building on the team that we are right now.”

They are a team whose backups beat the Steelers 28-10 on Sunday. It was a victory Harbaugh called the most complete of the year.

“We accomplished it with the full depth of our roster, which is even more interesting and probably rewarding.”

While the Ravens are readying for the playoffs one of their rivals is looking to Baltimore for its new leader. The Browns requested permission to speak with Offensive Coordinator Greg Roman about their head-coaching vacancy.

“Cleveland has put in the request and we’ve honored it, which we’ll do with all of our guys with head-coaching opportunities,” said Harbaugh.

With the Ravens not playing again until the divisional playoff round on January 11, Harbaugh said they’ll practice fundamentals on Tuesday, Thursday and Friday before having the weekend off to watch the wild card games.

As far as injuries go, Harbaugh said running back Mark Ingram’s recovery from his calf injury is on schedule. He added that some players are fighting the flu.

One of those players is Lamar Jackson. Lamar was at the facility on Monday and Harbaugh said he should be able to participate in practice starting on Tuesday.