Ravens to play in Hall of Fame Game 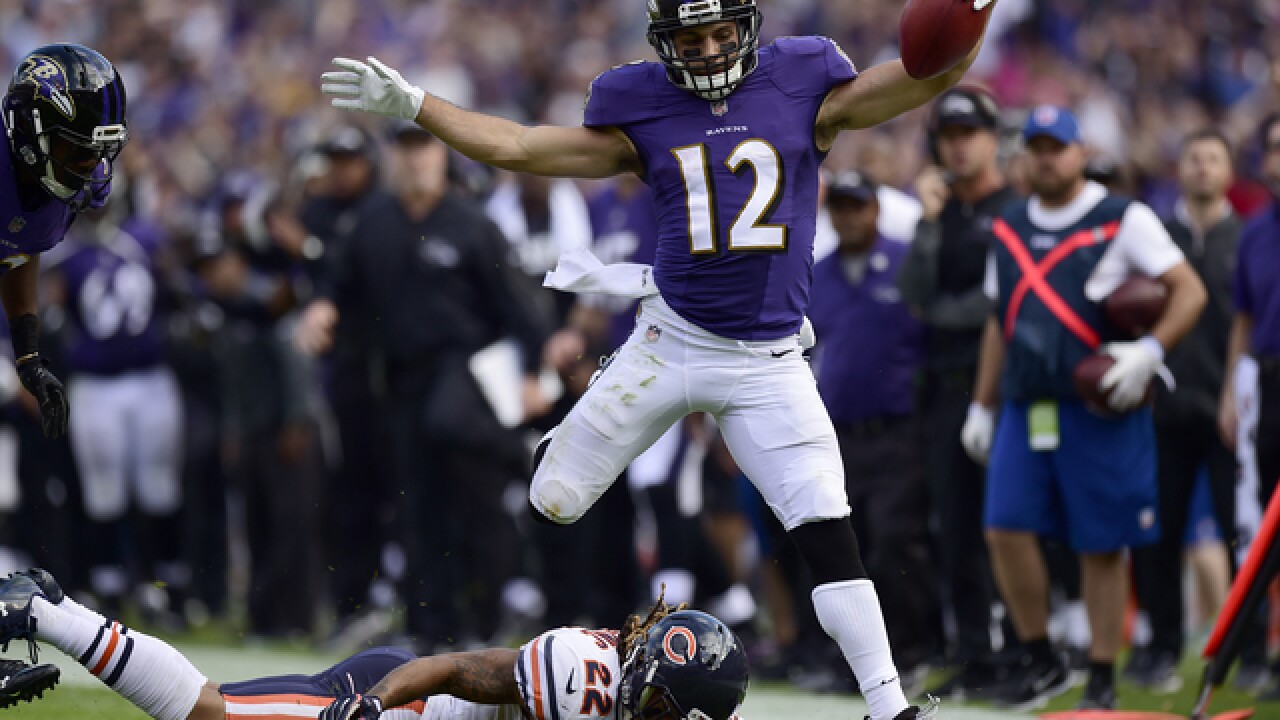 Copyright 2018 Scripps Media, Inc. All rights reserved. This material may not be published, broadcast, rewritten, or redistributed.
Patrick McDermott
<p>BALTIMORE, MD - OCTOBER 15: Wide Receiver Michael Campanaro #12 of the Baltimore Ravens returns a punt for a touchdown in the fourth quarter against the Chicago Bears at M&T Bank Stadium on October 15, 2017 in Baltimore, Maryland. (Photo by Patrick McDermott/Getty Images)</p>

The Baltimore Ravens will kick off the National Football League’s preseason when they play the Chicago Bears in the Hall of Fame Game.

The contest will be played on Thursday, August 2 at 8 p.m. at Tom Benson Hall of Fame Stadium in Canton, Ohio.

The game will take place two days before former Ravens linebacker Ray Lewis is enshrined into the PRO Football Hall of Fame. Former Bears linebacker Brian Urlacher is also among those in the Hall of Fame Class of 2018.

This is the first time the Ravens will take part in the annual Hall of Fame Game.