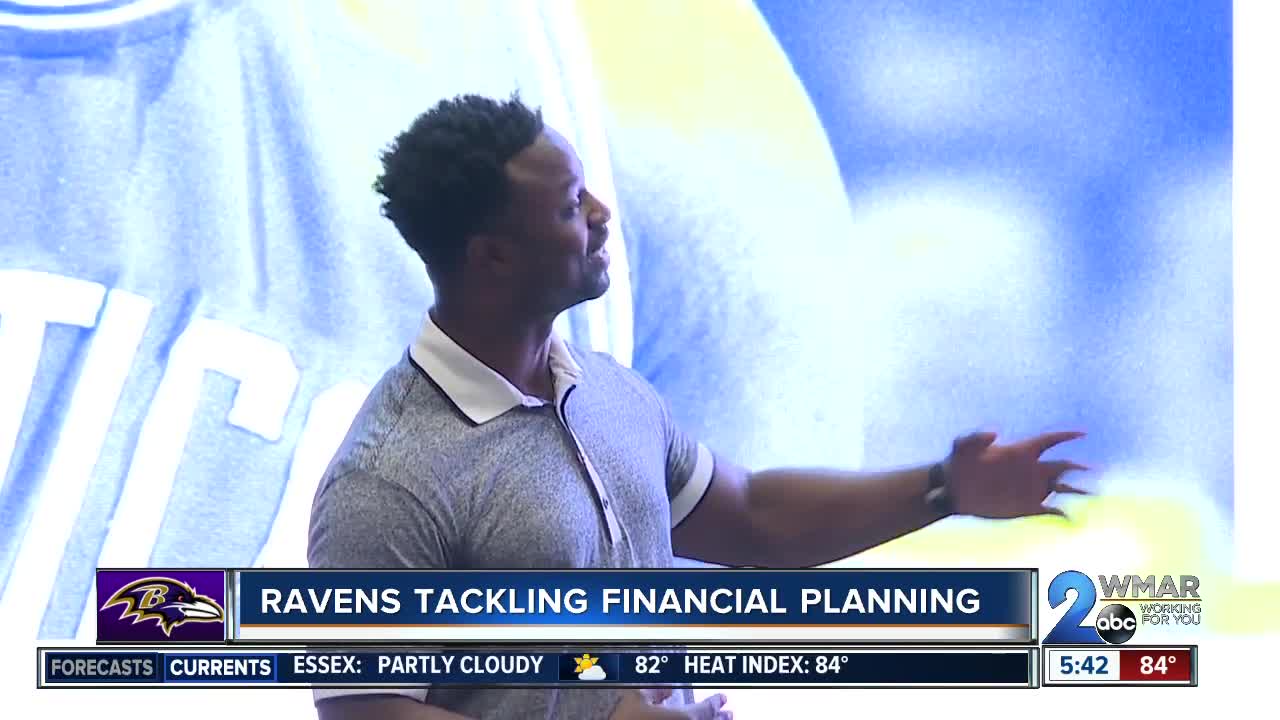 Former Raven Bart Scott was back at the team facility on Tuesday, eleven years after he once wore the uniform.

OWINGS MILLS, Md. — Former Raven Bart Scott was back at the team facility on Tuesday, eleven years after he once wore the uniform.

He gave a speech in front of current Ravens players. It wasn’t about how to tackle a running back after a handoff, he was handing out advice on how to tackle their financial future.

“With athletes, they’re good at what they do, but it’s tough at finding a second act, being able to transition off the field,” said the former Ravens linebacker. “That’s when the depression comes and the overspending comes, not really having a plan.”

Scott wants to give them that plan.

25 second-and-third-year Ravens voluntarily took part in the first of a six-part series covering financial education. It’s called the “Playbook for Success” and is the signature program put on by Edyoucore Sports and Entertainment.

The Ravens are believed to be the only team in the National Football League offering this program to its players.

“We focus on football all of the time. But, life after football is real,” said former Raven and current team Director of Player Engagement Jameel McClain.

“Everybody wants to not have to work after they’re done playing football,” said Humphrey. “But it’s those early years on that you probably should save the most in order to be able to do that.”

"I’ve never had this much money. So, it was definitely an adjustment. But, you just got to go out there and apply it in the right way,” added Bowser. “That could help you moving forward outside of football to be able to be prepared for that moment for when football is done with.”

With the expiration of the NFL’s collective bargaining agreement after next season, now is an especially important time to save and plan for any potential work stoppage.

“Whether it’s sports or whether it’s regular life - whether you get laid off of work - work stoppages happen in every industry,” said Scott. “We just want to have our players prepared for it.”