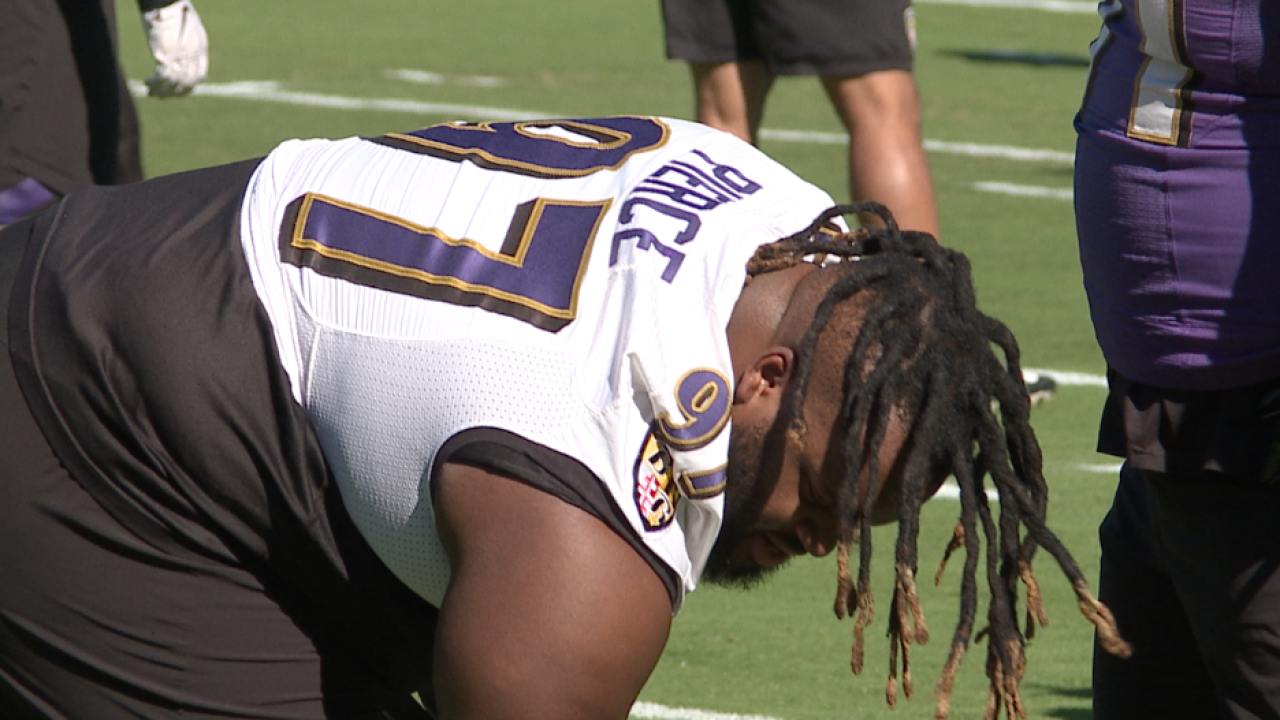 OWINGS MILLS, Md. — The most important three days of offseason on-field work is underway for the Ravens.

“The start of the next phase of what we’re doing,” said Head Coach John Harbaugh. “Probably the real true beginning leading into training camp.”

This is minicamp. Attendance is mandatory. There are no holdouts this year. Everyone is accounted for.

“I want to see the guys play fast and think fast,” said Harbaugh on his goals for minicamp.

The offense also needs to make significant strides as they learn a new system under new offensive coordinator Greg Roman.

Left tackle Ronnie Stanley said all is good so far.

“Kind of an easier transition because we’re kind of going off of last year and how we ended our offense and adding and sharpening things from that offense.”

When it comes to leadership and maturity there is no shortage in the Ravens' defensive backfield.

The newcomer, veteran safety Earl Thomas, is fitting right in. The mainstay, cornerback Jimmy Smith, is healthy as he enters the final year of his contract.

“That’s going to play itself out. The Ravens know I always want to here. But, whatever happens, happens,” said Smith. “I know I can still play the game. So, if I’m here I’ll be obviously grateful. If I’m not, I’ll continue my career somewhere else.”

Another man going into a contract year is Michael Pierce. The defensive tackle chose not to attend the voluntary organized team activities over the past three weeks. He was on the field Tuesday but not for long.

Pierce appeared a bit heavier than when we last saw him. Coach Harbaugh sent him inside following team stretching.

“He’s not ready to practice from a safety standpoint, for his own health and safety,” said Harbaugh. “He’s not ready for this practice yet. I think you could probably tell.”

Minicamp continues on Wednesday and wraps up on Thursday.