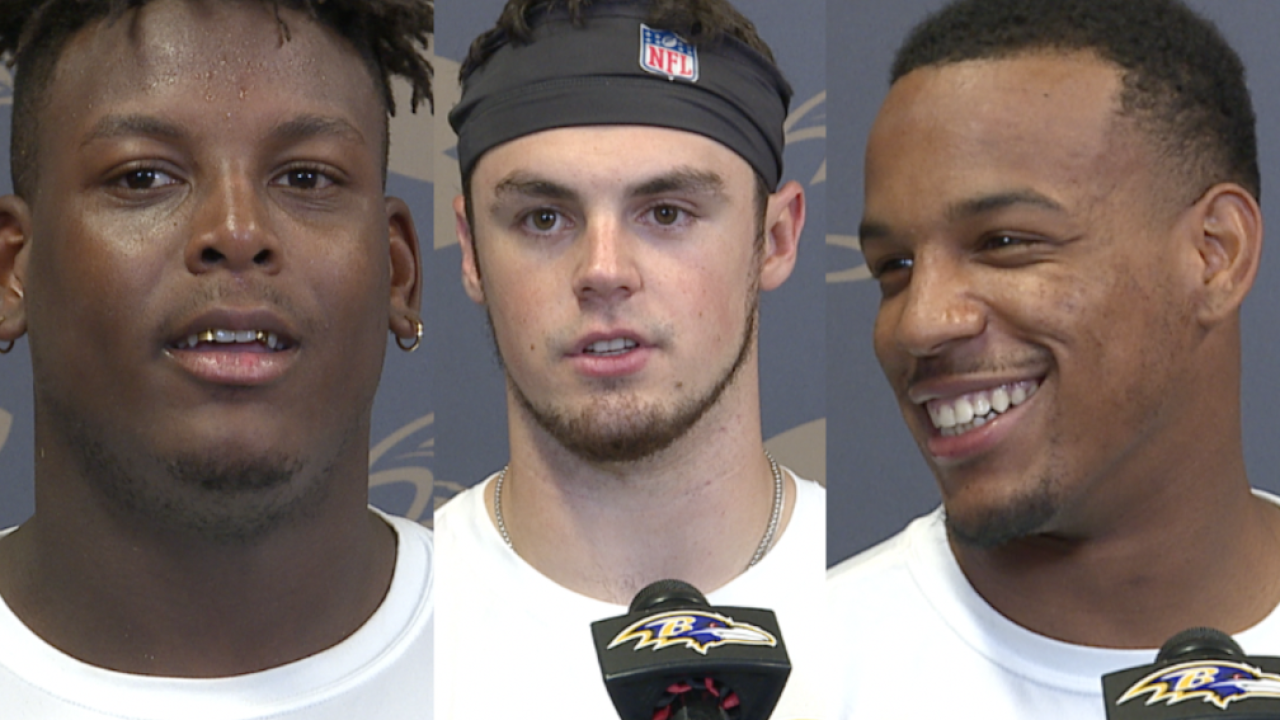 Which nickname is the best?

“Hollywood, that’s nice. I say I still have the best one though, the Mack Truck,” said Mack.

“I got to say me. I love mine. I love my name,” laughed Marshall.

There’s no moniker for quarterback Trace McSorley. People know him as the all-time Penn State quarterback. He said it feels a little bizarre to finally be a pro.

McSorley, drafted in the sixth round, should compete for the backup spot and see time on special teams.

“One of the things I want to do here is just provide value for anything the coaching staff needs me to do,” he said. “Definitely excited to try and see what else I can do out there and get on the field anywhere I can.”

Third-round pick Boykin knows what he’s going to do when he gets on the field - use his 6-foot-3 frame to help out the ground game.

“The biggest thing for me is just going out there and being physical in the run game,” he said. “We know obviously Lamar is going to run the ball a bit. We’ve got good running backs.”

“It’s flattering to be compared to the great Terrell Suggs,” said Ferguson. “But at the same time, he left his legacy. He left his mark. Some big shoes to fill. I’m not really trying to step in his place because he’s been in Baltimore way longer than I’ve been in Baltimore.”

Rookie minicamp runs through Sunday. The veterans join in a couple weeks for the start of organized team activities.