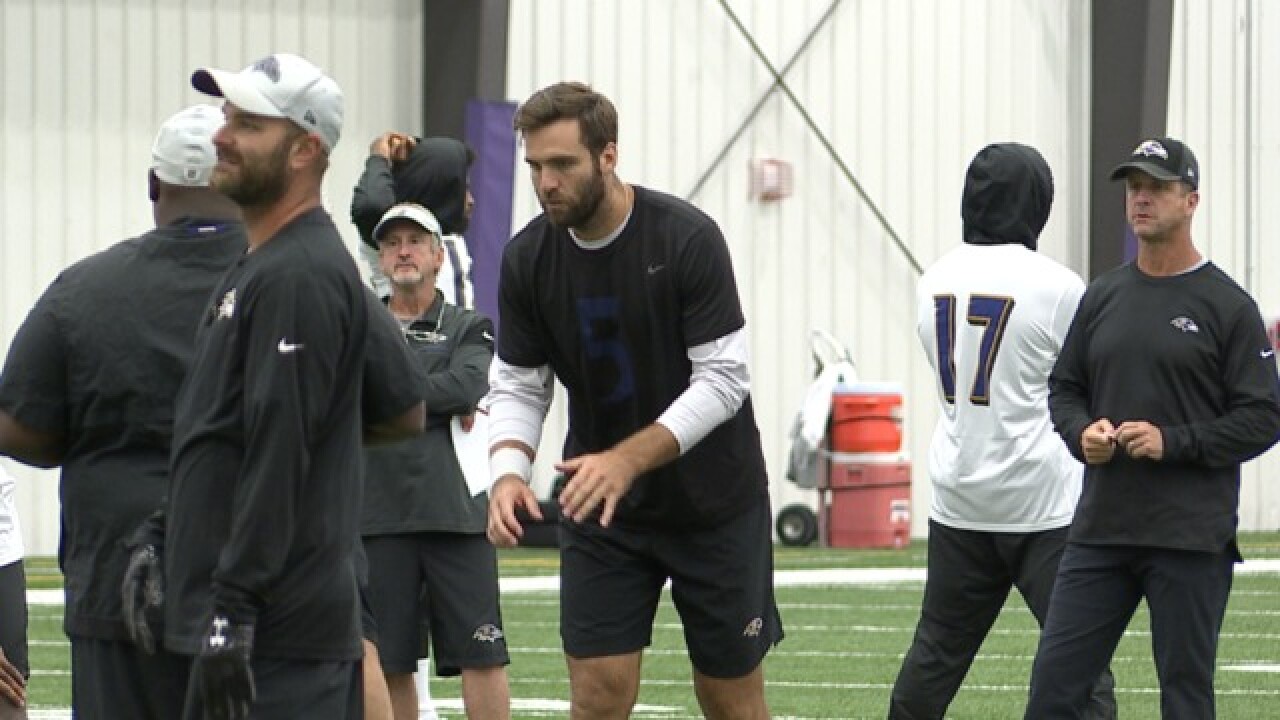 Copyright 2018 Scripps Media, Inc. All rights reserved. This material may not be published, broadcast, rewritten, or redistributed.
<p>Joe Flacco and John Harbaugh at practice</p>

There’s no rest for the Ravens following Sunday’s season-opening victory.

The team got back on the practice field early Monday evening to start preparing for Thursday’s game against the Cincinnati Bengals.

“The games keep coming,” said Ravens head coach John Harbaugh. “Not as quick as baseball or basketball, I guess. This is close though. We’re excited. It’s a big game. We’re looking forward to it.”

A big game on a short week.

Thursday brings the first road trip of the season. A visit to a division rival.

“No matter who wins or loses this next game we all know at the end of the season it’s going to a couple wins or losses in our division,” said Ravens linebacker C.J. Mosley.

The Ravens have all the momentum they could ask for after that 44-point drubbing of Buffalo in the opener. In fact, several starters are well-rested after coming off the field in the second half of Sunday’s game. That’s one of the benefits of such a sound beatdown.

“A couple guys got to sit down a little bit early and that was probably somewhat helpful,” added Harbaugh.

As for the Bengals, they too are 1-0 on the season. They won in Indianapolis on Sunday.

This will be the Ravens’ first meeting with Cincy since the 2017 season finale, in which the Bengals edged Baltimore to knock them out of playoff contention.

Does that serve as any motivation this week?

“Probably. How could it not? It’s just part of it. That’s life. That’s human nature. You always want to redeem yourself as best you can, certainly. But it’s not going to factor into who wins the game,” said Harbaugh.