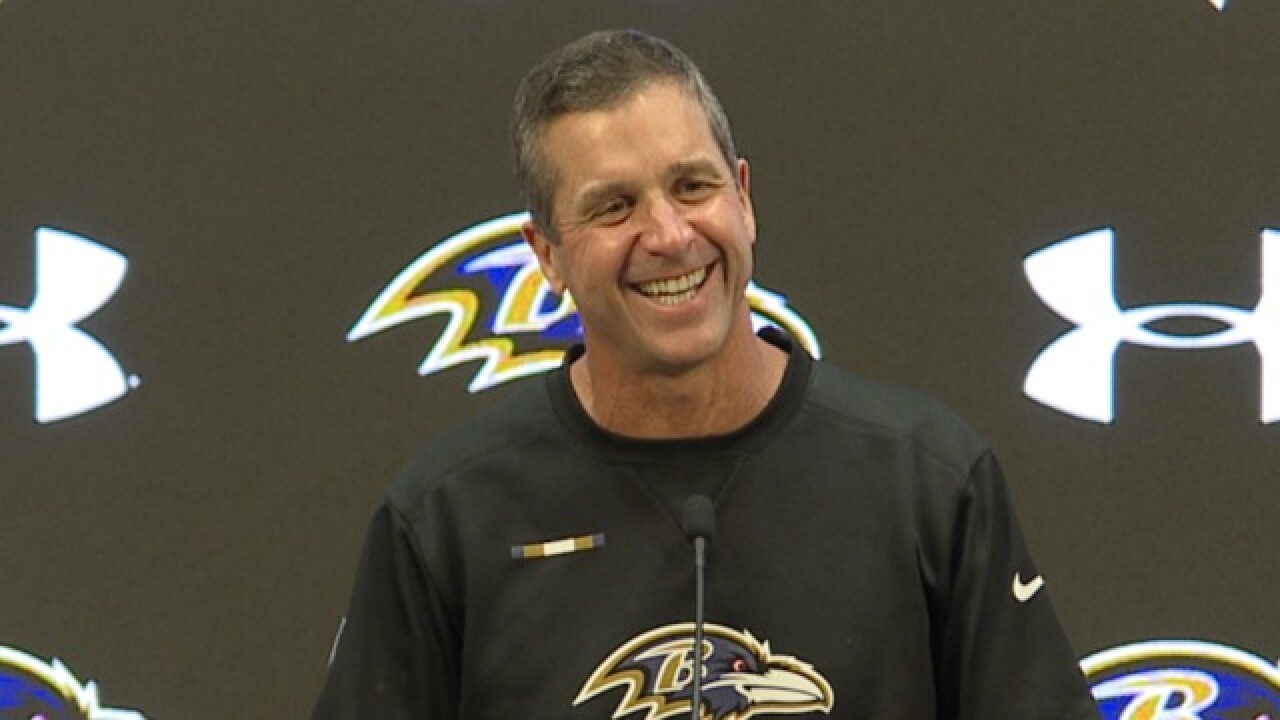 It was an historic day.

One that showed just how good and how ferocious the Ravens defense can be.

Those different people, eight to be exact, got to the quarterback a total of eleven times during Sunday’s 21-0 win in Tennessee. Those 11 sacks set a franchise record for sacks in a single game, which is one shy of the NFL mark.

“We had really good coverage all day,” said Harbaugh. “There were a number of times where you stop the tape and you’d say ‘Well, if you were the quarterback where would you go with the ball’?  And really, most of the time, there was nowhere to go with the ball.”

The Ravens finally look like they have a returner who is comfortable with the football.

“I thought he stabilized us back there, was really solid and did a good job,” said the head coach. “It was a big plus for us, having Cyrus.”

As for the status of Alex Lewis, Harbaugh relayed that things are looking positive for the left guard. Lewis suffered a neck injury in the fourth quarter of Sunday’s game.  He was carted off the field on a stretcher, taken to a Nashville hospital and released.

“Alex is in the building. He came back with us last night. It looks good. There’s no serious kind of injury there, in terms of neuro-type issues,” said Harbaugh.

Harbaugh added that it’s possible Lewis could play this upcoming Sunday when the Ravens return home to host the Saints.

Among the people Harbaugh was in touch with after the win of the Titans was former Orioles manager Buck Showalter.  Harbaugh said he has become good friends with Showalter over the years and he thinks Showalter did a great job for the O’s and the sports fans of Baltimore during his time leading the ball club.