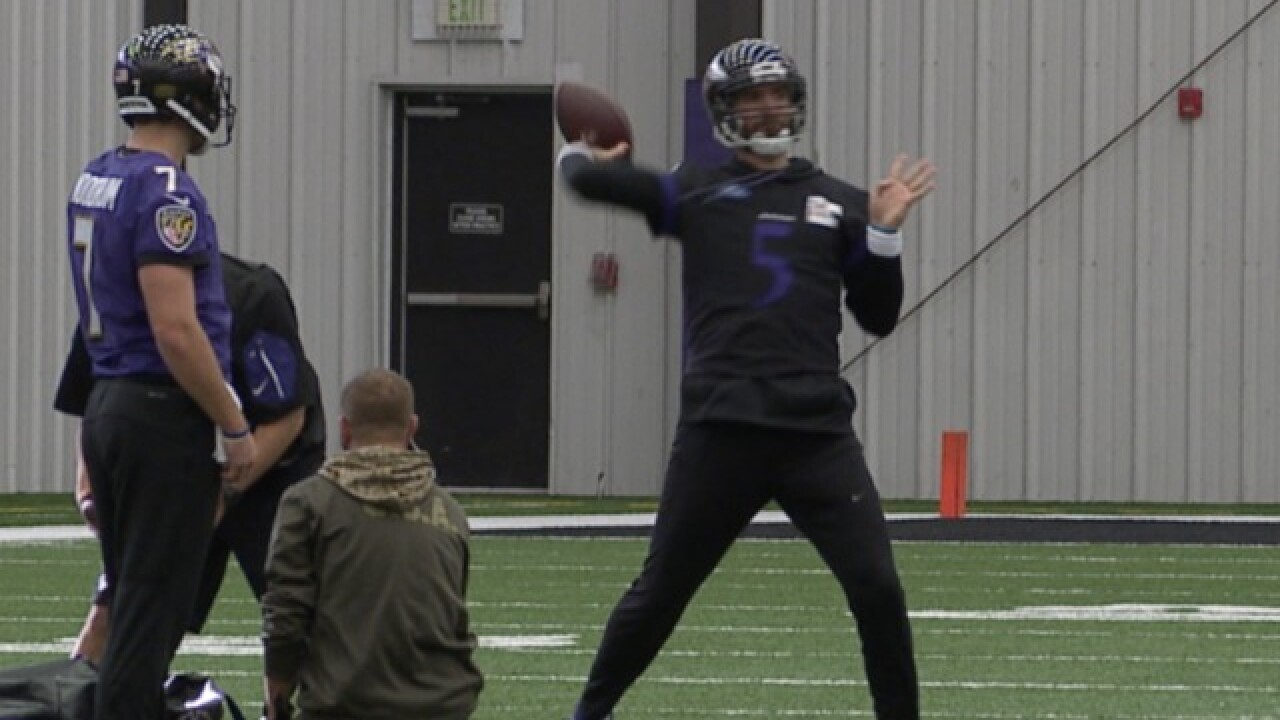 It’s the spot where the Ravens want to be.

A victory for a ticket to the playoffs.

“It’s an awesome opportunity.  We weren’t in this position last year and it’s been a few years since we’ve had this opportunity. So, we’re definitely very excited about it,” said Ravens quarterback Joe Flacco.

“A lot of teams don’t have a chance to get in (the playoffs). Some other team needs a football miracle to get in,” said Ravens linebacker Terrell Suggs. “We sit in a very fortunate position.”

“We’ve got one more game to wrap it up. It’s a big game. It pretty much lets us know if we’re going to be on the couch next week or on the field. So, definitely don’t want to be on the couch,” said Ravens defensive tackle Brandon Williams. “This is the definition of finishing, right here. You got one game left. There’s no excuse. You have to finish. You have to literally leave it all out there on the field. “

What about the impact of the flex? The National Football League moving Sunday’s New Year’s Eve afternoon game from 1:00 p.m. to 4:25 p.m.  Head Coach John Harbaugh voiced his displeasure on Tuesday. As for his players:

“I didn’t even realize it until somebody in my family told me,” said Flacco. “It is what it is. I don’t really care. I’ll play whenever.”

Sunday brings the Bengals, a team already eliminated from playoff contention and a team that just played the spoiler role last week.  They beat Detroit, ending any hope the Lions had for the postseason. They’ll be looking to do the same this weekend in Baltimore.

“We’ve got everything to lose and they’ve got nothing to gain besides a 'W' over us,” said Williams.

The Ravens shutout Cincinnati 20-0 in the season opener.