Ravens regrouping after falling in Foxboro 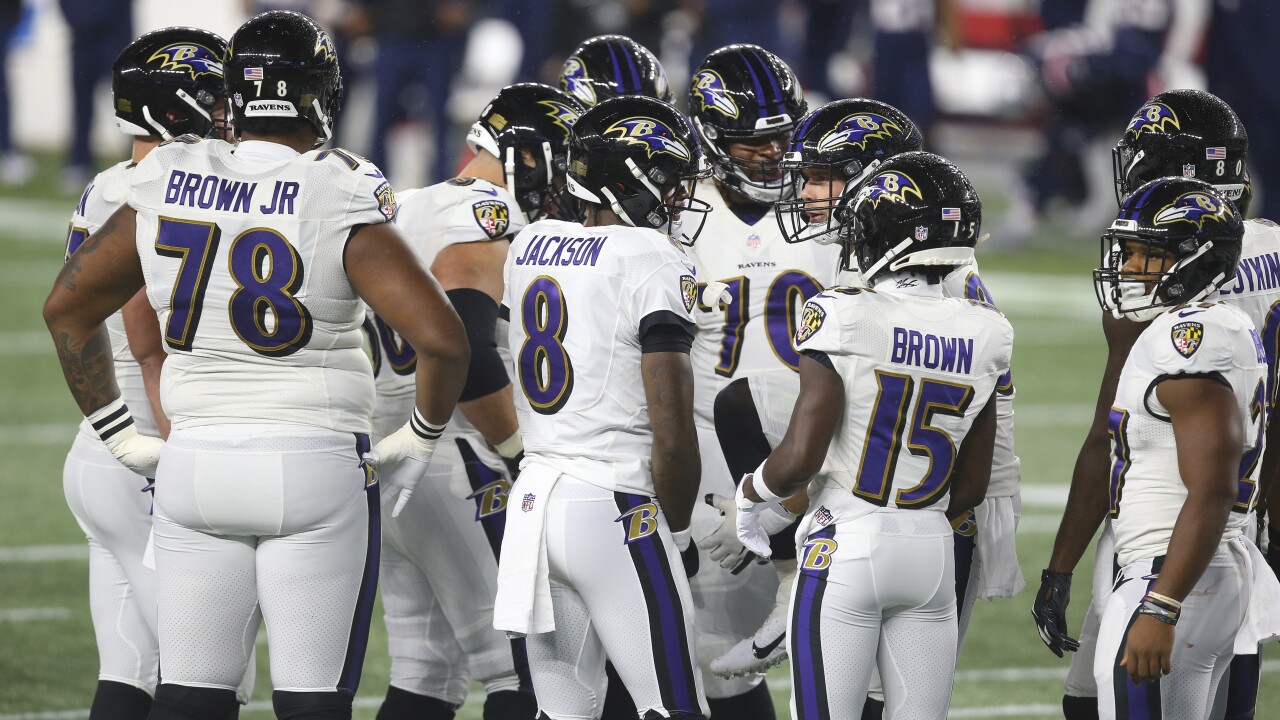 Stew Milne/AP
Baltimore Ravens quarterback Lamar Jackson (8) huddles up with the offense during the first half of an NFL football game against the New England Patriots, Sunday, Nov. 15, 2020, in Foxborough, Mass. (AP Photo/Stew Milne)

OWINGS MILLS, Md. — The Ravens are picking up the pieces from their prime time pooper - Sunday's 23-17 dud in soggy, windy New England. It was another step back for the offense in Foxboro.

"We want more big plays for sure," said Head Coach John Harbaugh during his weekly day-after-game press conference. "We want catch-and-run plays. We took numerous opportunities to try to throw the ball deep in that game and none of them really happened."

Injuries continue to pile up. A season-ending knee injury claimed tight end Nick Boyle. It's a devastating blow to one of the glue guys on offense and keys to the run game. The tight end depth is now challenged.

On the other side of the ball an already thin defensive unit took even more hits. Defensive tackle Brandon Williams left the game with an ankle injury.

Harbaugh said Williams will be out probably a week, maybe more. He’ll be touch-and-go for Sunday when the Ravens host Tennessee. With Williams sidelined against the Patriots and defensive end Calais Campbell inactive and day-to-day, the Ravens gave up 173 rushing yards. New England running back Damien Harris had a career-high 121. It’s an area they must clean up with running back Derrick Henry and the Titans coming to town.

"That’s definitely going to be a concern and a factor," said Harbaugh. "We’re going to work really hard at that. It will be the guys that are healthy that will be in there playing."

Harbaugh added that cornerback Terrell Bonds will probably be out a couple weeks with his knee injury.

Another area that needs to be corrected is the errant snaps from center Matt Skura.

"Are the snaps concerning us? Absolutely; that was very costly in the game. It’s a tough deal. That’s a hard situation, but Matt knows he has to get those snaps back there. Nobody feels worse about it than he does.” said Harbaugh.

Skura apologized on social media Monday for his 'mistakes'. He added that his family has received hateful and threatening messages because of his play. Skura wrote in part, 'They do not deserve to be scrutinized for something they did not do.'