Ravens ready for Patriots in primetime 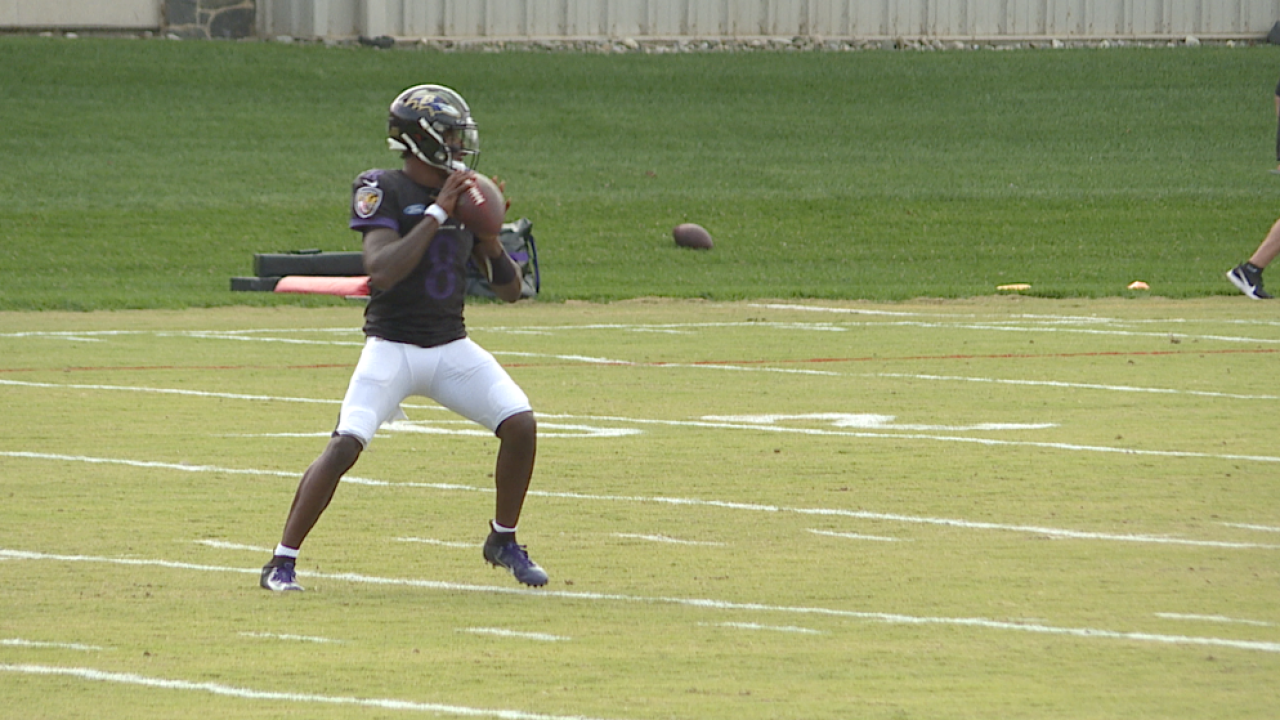 OWINGS MILLS, Md. — The New England Patriots are undefeated, unbeaten, unblemished and they come to town on Sunday night to face the Ravens, who are back from the bye.

“It gets a little quiet around here. It’s Patriots week,” said Ravens defensive tackle Brandon Williams. “You just got to focus a lot more. Make sure you’re ready. Sharpen all your tools because definitely they’re sharpening theirs.”

The Patriots (8-0) are firing on all facets this season. Tom Brady’s boys are tops in the National Football League scoring 31.3 points per game. Getting to the Pats quarterback on Sunday will be key.

“He’s kind of the head of the snake and in order to kill the snake you got to get the head. So, that’s what we plan on doing,” added Williams.

“You don’t want an offense to operate within its own rhythm and tempo and you do the best you can to disrupt that,” said Ravens Head Coach John Harbaugh.

The Patriots defense is owning opponents. It is No. 1 in the league giving up an average of 7.6 points per game and leads the NFL with 19 interceptions, 25 takeaways and 31 sacks.

“Everybody on their entire front is playing really well,” said Ravens guard Marshal Yanda. “Obviously, the statistics and all that stuff, they are playing at an elite level.”

New England has won 21 consecutive games against first and second-year quarterbacks. But they’ve never faced a QB like Lamar Jackson.

“They play the ball all eleven at the ball at all times, that I’ve seen on film,” said Jackson. “That’s how they’ve been getting so many turnovers, it looks like. We’re just going to have to play ball.”

“We worked hard every day with that and made sure I could cut and do everything I needed to do to get out here for this week,” said Smith.

The Ravens (5-2) have won 10-straight primetime home games. That stands as the NFL’s longest active streak.