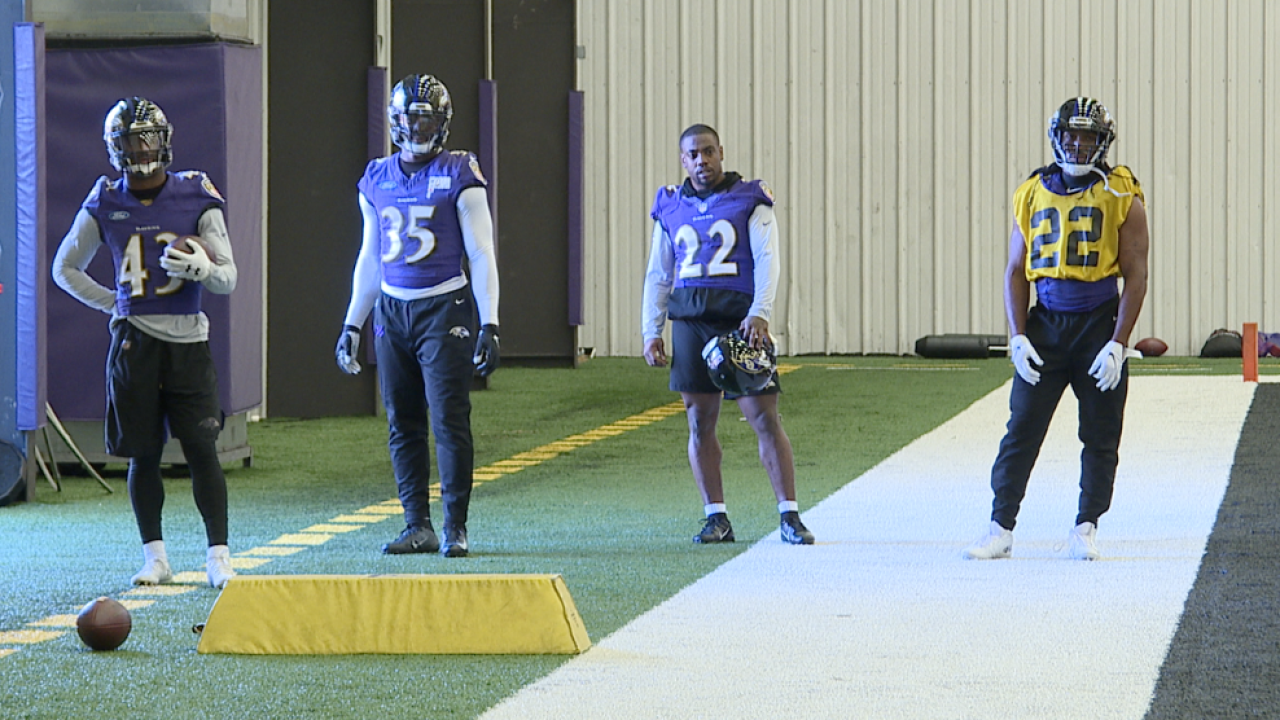 The Ravens running back group is missing its leader, Mark Ingram (calf injury)

OWINGS MILLS, Md. — The Ravens top running back is still on the mend. Mark Ingram was absent from his second practice of the week. He is still recovering from a calf injury suffered during the win in Cleveland on December 22. His availability for Saturday’s playoff game against Tennessee is far from certain.

“I mean, it’s day-to-day. So, we’ll see. But that’s how it is in this league,” said Roman. “You just got to be ready to adapt and adjust as it happens.“

If Ingram can’t suit up, Gus Edwards will be the bell cow against the Titans.

On defense Saturday’s biggest challenge will be stopping Derrick Henry. The Titans’ bruising 6-foot-3, 247 lbs. running back rushed for 182 yards and a touchdown in the wild card win over the Patriots. He led the NFL in rushing in 2019 with 1,540 yards in 15 games.

“He’s like one of those guys that the kids create on Madden,” said Ravens defensive coordinator Don Martindale. “You shouldn’t be that big and be able to run like he runs.”

“When he gets started he’s hard to stop, especially when he has the weapon of a stiff arm he likes to use a lot,” said defensive tackle Brandon Williams.

Under center the Titans have veteran quarterback Ryan Tannehill. He has revitalized his team after grabbing the starting role from Marcus Mariota in week seven.

Tennessee thrives in play-action. Earl Thomas knows the key to containing it. And it all revolves around Henry.

“The key to stopping play-action is stopping the run game,” said Thomas. “If we knock that out from the start I think we’ll be fine. If Tannehill tries to pass on us I don’t think that will go in their favor.”

The Ravens finished the regular season ranked fifth in the NFL in rush defense.