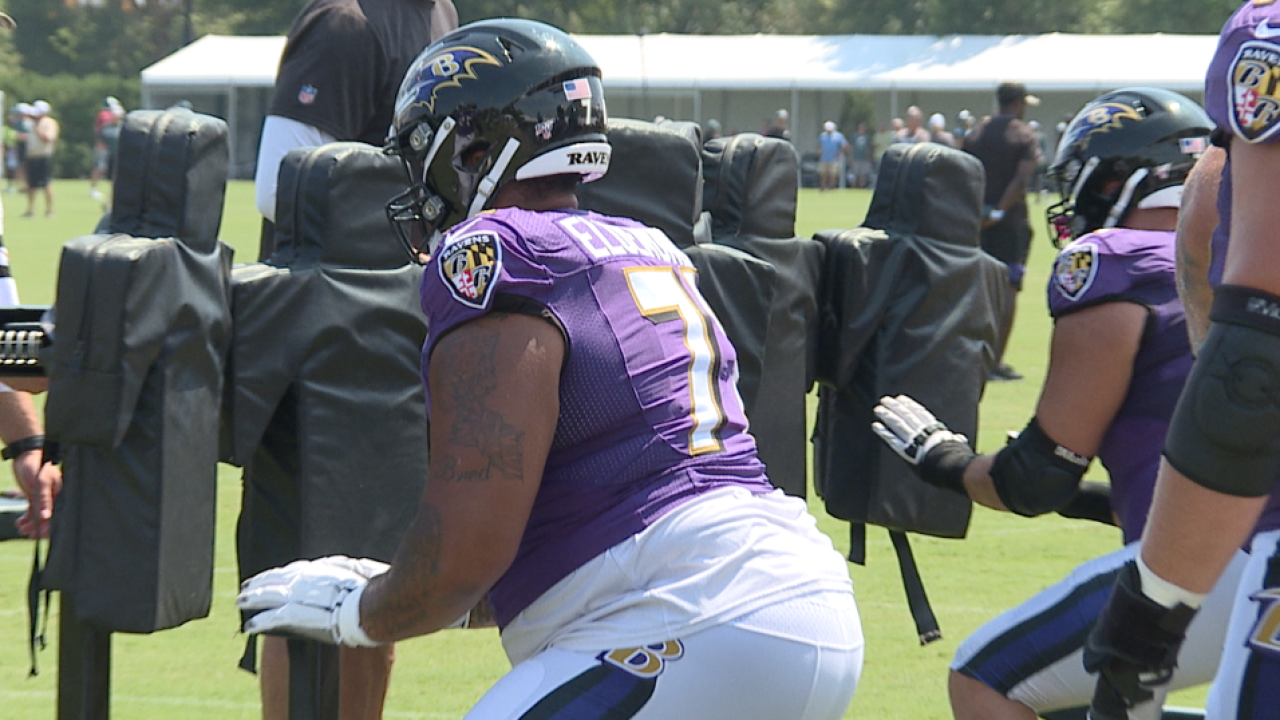 PHILADELPHIA, Pa. — A couple weeks ago it was with the Jacksonville Jaguars in Owings Mills. This week it’s with the Philadelphia Eagles up I-95. The Ravens took preseason practices on the road.

“I do think it notches over one or two clicks, which is good for you. It’s good for us to see them,” said Ravens Head Coach John Harbaugh. “This is a really talented football team, the Eagles. So we get a chance to see some really good players.”

And they get to see a team that is loaded on the offensive side of the ball. The Ravens are running reps against last year’s seventh-ranked passing attack.

It didn’t take long for the injuries to pile up on Monday. Guard Jermaine Eluemunor was carted off the field. Left Tackle Ronnie Stanley and running back Mark Ingram both got dinged up and watched a bulk of practice from the sideline.

Harbaugh had no updates on the injuries when asked after practice.

Monday was another positive step for Marquise Brown. The rookie receiver, first-round draft pick is on the way back from January foot surgery.  He participated in 11-on-11 drills against the Eagles.

“He basically practiced for the first time in a more aggressive setting. So, he just needs to get accustomed to it,” said Harbaugh. “It’s all new for him. The speed of it, the thinking, the lining up, running the right route. He’s got a ways to go with all that. I’m confident he’ll get there and we’ll know what to do, how to use him early in the season. But, this is just great work for him.”

The Ravens and Eagles will hold one more joint practice on Tuesday. The two teams play preseason game No. 3 on Thursday at Lincoln Financial Field.