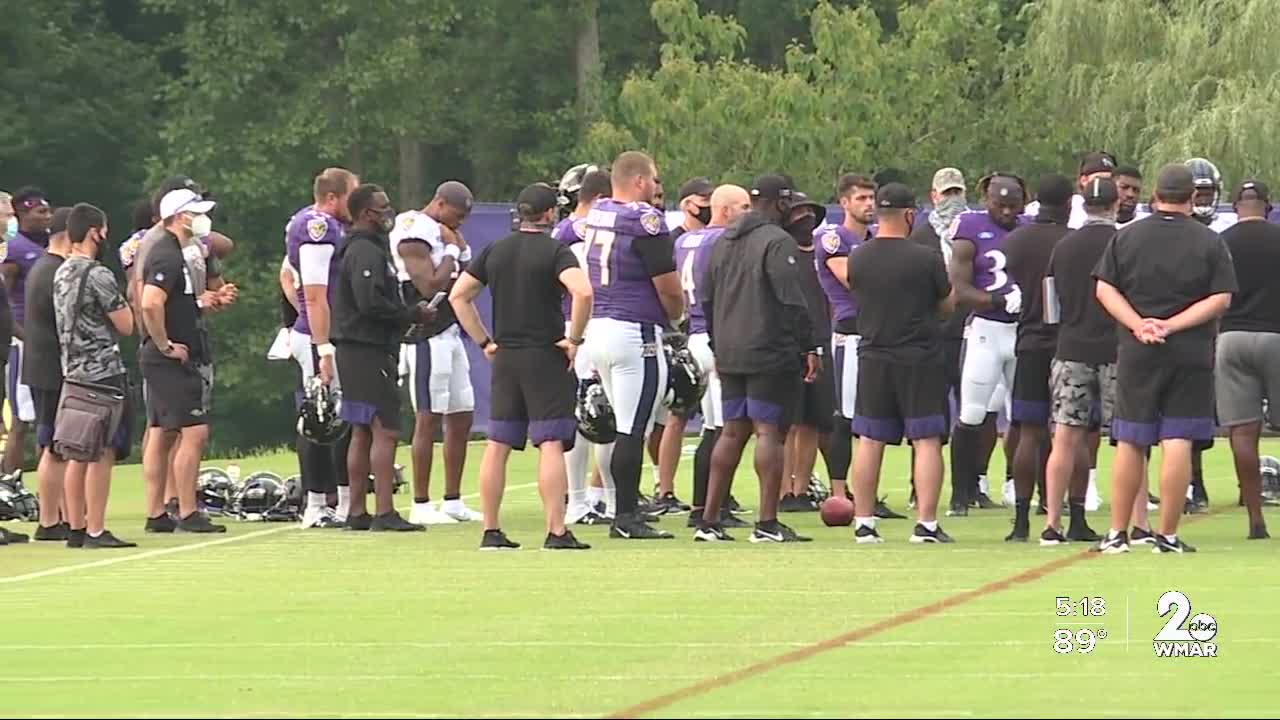 A handful of teams around the National Football league canceled their practices Thursday in response to the shooting of Jacob Blake. The Ravens were not one of those teams.

OWINGS MILLS, Md. — A handful of teams around the National Football league canceled their practices Thursday in response to the shooting of Jacob Blake. The Ravens were not one of those teams.

It was business as usual for the Ravens on the field at training camp, but off the field it was a different story. Important and difficult discussions were going on inside the building before and after practice.

Head coach John Harbaugh met with players Thursday morning. They decided to go ahead with their scheduled 9:00 a.m. practice and cancel all afternoon football meetings. Instead they planned to use the time to get together as a team, decide how they want to move forward and come up with a plan for continued social justice work.

John Harbaugh met with Ravens players today. They have decided to practice. Post practice meetings have been canceled. Entire team will meet following practice to decide next steps. @WMAR2News

All three coordinators were scheduled to take questions following practice but that was postponed.

The Baltimore Ravens released a statement:

With yet another example of racial discrimination with the shooting of Jacob Blake, and the unlawful abuse of peaceful protesters, we MUST unify as a society. It is imperative that all people – regardless of race, religion, creed or belief – come together to say, ‘Enough is enough!’

This is bigger than sports. Racism is embedded in the fabric of our nation’s foundation and is a blemish on our country’s history. If we are to change course and make our world a better place, we must face this problem head-on and act now to enact positive change.

It is time to accept accountability and acknowledge the ramifications of slavery and racial injustice.

Though we cannot right all the wrongs of our country’s history, we can:

We will use our platform to drive change now – not just for our generation, but for the generations that follow, for our sons and daughters and for their children.