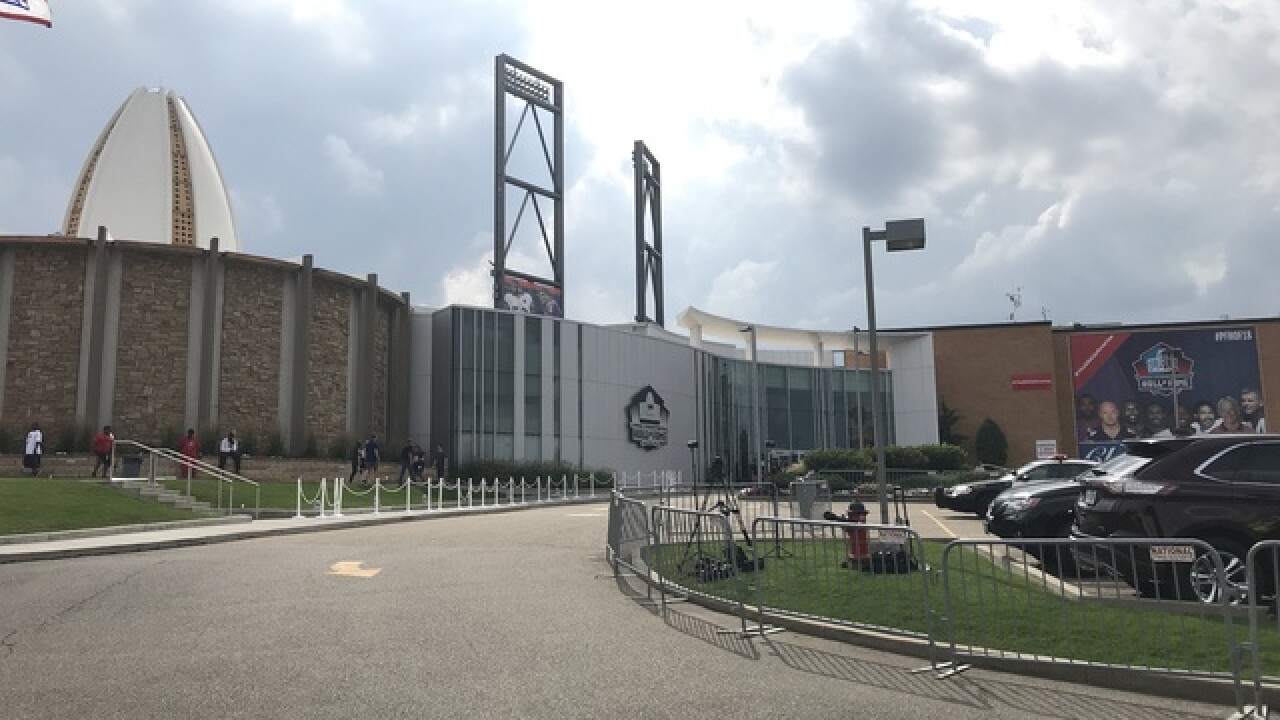 Copyright 2018 Scripps Media, Inc. All rights reserved. This material may not be published, broadcast, rewritten, or redistributed.
<p>Pro Football Hall of Fame in Canton, Ohio</p>

Before Ray Lewis is enshrined into the Pro Football Hall of Fame on Saturday night his former team has a game to play.

The Ravens meet the Chicago Bears in the annual Hall of Fame Game Thursday night to kickoff the preseason.

This is the first time we’ll get to see rookie quarterback Lamar Jackson in game action wearing a Baltimore uniform.  The first-round draft pick is expected to follow Robert Griffin III in the QB rotation. Lamar is ready to go.

“I’ll probably have the butterflies,” said Jackson. “My first NFL game. It’s not a real game but it counts for me. Yeah, definitely butterflies. I can’t wait. I’m really anxious.”

He’s not the only one.

Head Coach John Harbaugh described what he wants to see from his first-year signal caller:

“Poise,” said Harbaugh. “You’ve got to run the show. To see him run the show with confidence and get things right I think would be the main thing for him.”

“I’m just going to play my game. I’m not going to let anything change,” added Jackson. “If it’s there, throwing the ball like always. If it’s not, probably run.”

That’s what so many fans are excited to see, how Jackson balances those reads.

Harbaugh hasn’t said how long Jackson or any of the quarterbacks will play in the opener.

Don’t expect to see too many veteran regulars in the lineup Thursday. It’s more about the younger players and bubble players to show the coaching staff what they’ve got.

Things get underway inside Tom Benson Hall of Fame Stadium shortly after 8:00 p.m.

Of course the big reason why the Ravens are in Canton, Ohio is because of Lewis.

The legendary Ravens linebacker, along with 7 others, will be honored on Thursday night and all weekend.

Lewis is arguably the greatest Raven ever to wear the uniform.

His list of accomplishments include: 17-seasons in Baltimore, a pair of Super Bowl victories, 2-time defensive player of the year, 8-time All-Pro and 12-time Pro Bowler.

He represents everything that made the Ravens franchise one of the best and most consistent winners of the last two decades.

Harbaugh said he’s in favor of flipping on a few Ray Lewis highlights before his team takes the field against the Bears.

“Our guys right now are all in for what it means to play like a Raven and nobody embodies that more than Ray Lewis,” he said. “We might have a couple of clips we show in honor of Ray.  Would love to see our guys play that way.”

Don’t expect to see most of the starters Thursday. They’ll have the night off.  As for the rest of the roster: