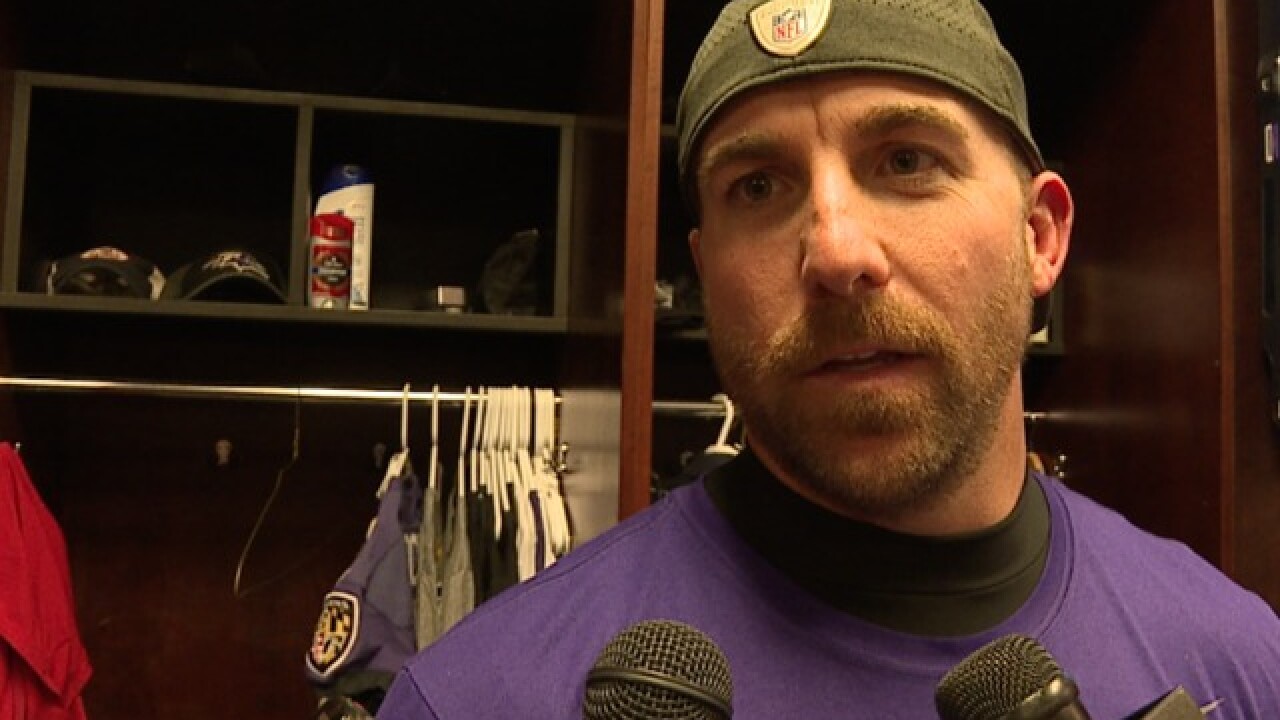 They may only have three wins but Ravens coaches say don’t overlook Indianapolis.

Indy’s overall defense is ranked third worst in the NFL.  Their offense is second worst. Part of the challenge this week is taking the field on six days rest, whenever kickoff may be.

“Preparation will be key and taking care of the bodies. Make sure that we’re firing on Saturday. 4 o’clock, right? What is it, 4:15?  4:30? Huh?  Got to time it up,” said Ravens Offensive Coordinator Marty Mornhinweg.

A win Saturday, after things get underway at 4:30 p.m., and a win on New Year’s Eve afternoon against Cincinnati guarantees a postseason berth for the Ravens. One of the guys who should play a big part in the final two games is Chris Moore. The receiver’s recent contributions on special teams and in the passing game with Jeremy Maclin hobbled can’t be overlooked.

Wednesday’s practice was the first for the Ravens since the NFL announced it’s Pro Bowl Rosters. Terrell Suggs, C.J. Mosley and Eric Weddle will represent Baltimore.  Among the snubs was punter Sam Koch. No one has been better in the NFL this year.

“I’ve done a lot of things for the team that we needed to, pinning them inside the 20. The hard part is in some instances, with the uneducated voters, they just go straight for the gross and net, whereas that doesn’t really tell the whole story,” said Koch.

As for Wednesday, Maclin missed his second straight practice with a knee injury.