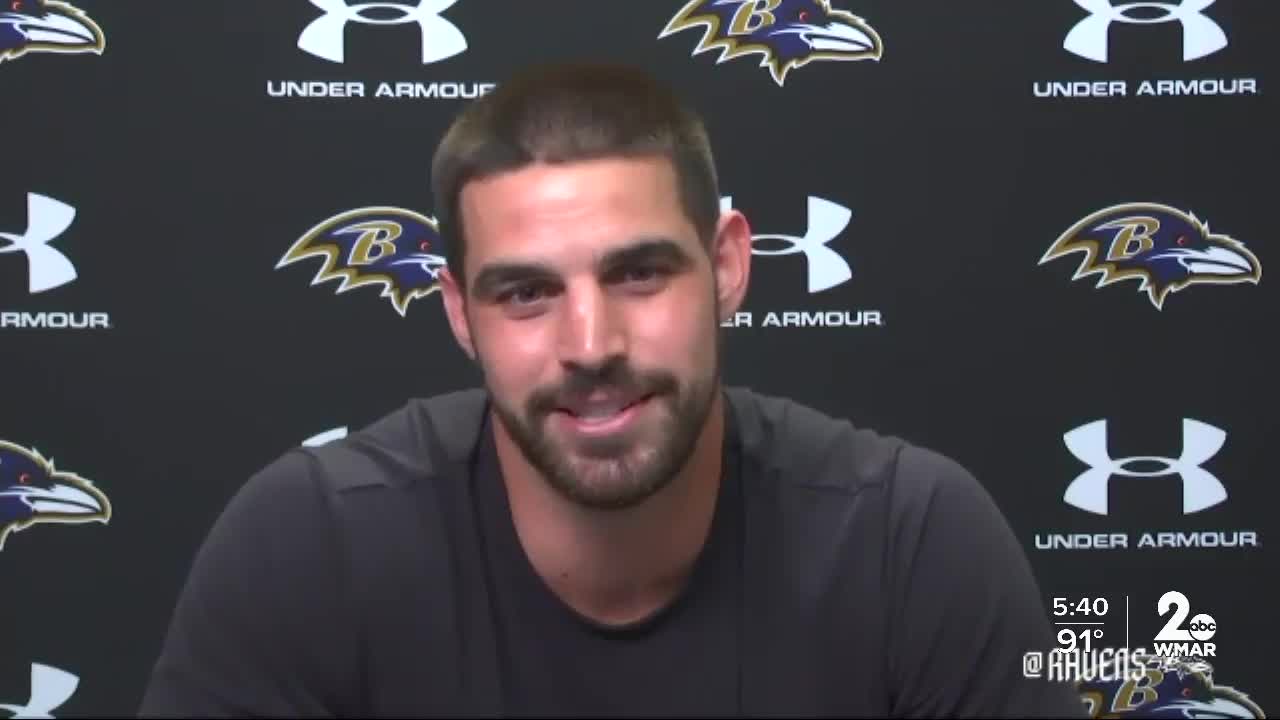 To play or not to play during a pandemic. For Ravens tight end Mark Andrews, who has Type 1 diabetes, the choice was simple.

OWINGS MILLS, Md. — To play or not to play during a pandemic. For Ravens tight end Mark Andrews, who has Type 1 diabetes, the choice was simple.

"Opting out never really crossed my mind," he said on Monday during a Zoom press conference.

Andrews added that his overall good health and his efforts to keep his blood sugar in line all pointed to suiting up in 2020.

"I’m basically treating myself like a normal person," said the 23-year-old. "I think if I were to get it, the COVID, if I were to have it it would interact just like anybody else."

The third-year pro is coming off his first Pro Bowl season. He had 64 catches for 852 yards and ten touchdowns in 2019. He’ll have to be even better in 2020. The trade of tight end Hayden Hurst to Atlanta puts more pressure on Andrews.

"Blocking is got to be a huge thing for me where I got to improve," he said. "I’m going to make big strides in that area this year and I’m going to have a lot more opportunities to do that this year. And just continue to work as a receiving guy. That’s my bread and butter."

What about the man who butters his bread - the MVP of the NFL? Nobody had more chemistry with quarterback Lamar Jackson last season than Andrews.

"He’s the best player I’ve ever been around and he works hard," said Andrews. "And so I think you’re going to see an even more polished and even more ready Lamar than you saw last year. That almost sounds unbelievable but the guy is incredible and he’s a winner."

We also got a chance to hear from Ronnie Stanley on Monday. The Pro Bowl left tackle is entering the final year of his rookie contract. As far as negotiations on an extension with the Ravens are concerned Stanley said: “It’s definitely not really at the forefront of my mind. We’re still in talks and hopefully we’re trying to get something done soon.”