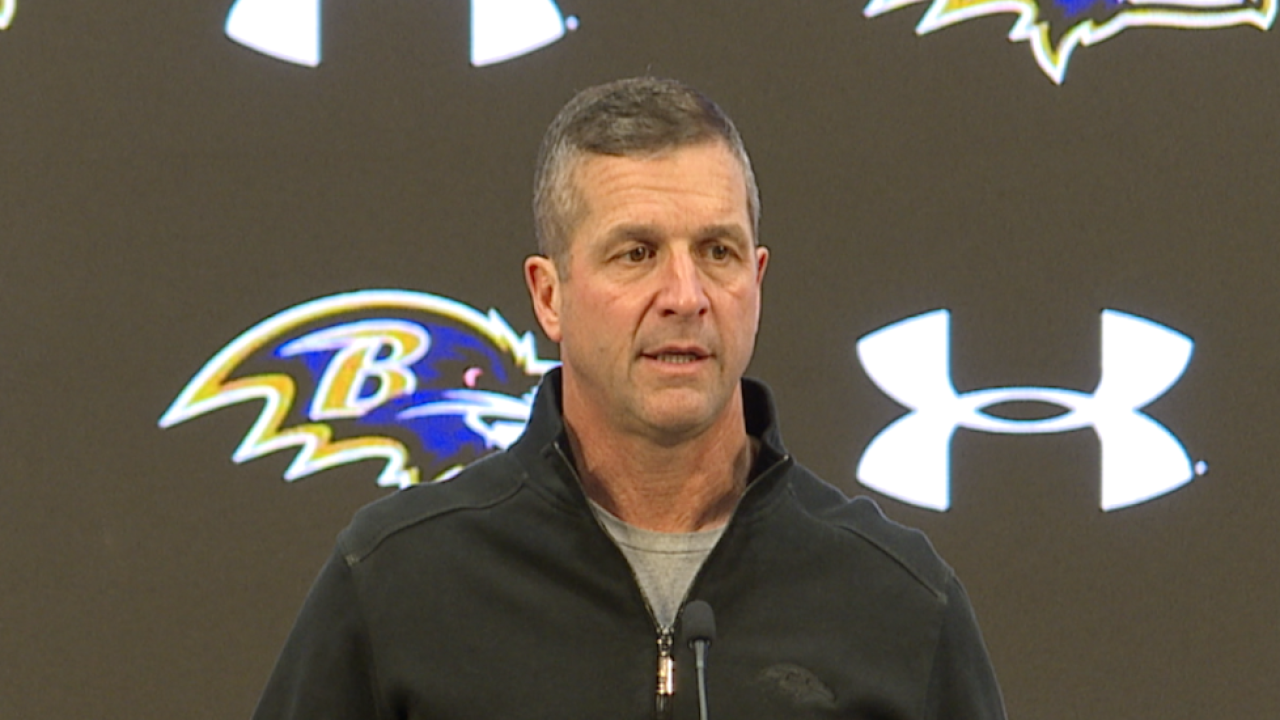 OWINGS MILLS, Md. — The Ravens are in uncharted territory. They own a record of 10-2 for the first time in franchise history.

However, nothing’s been determined yet, said John Harbaugh:

“Just means you control your destiny in that sense. But they don’t have a No. 1 seed until they do the seeding. So that’s four weeks away,” said the Ravens Head Coach during his weekly day-after-game press conference.

After looking at the game tape from Baltimore’s 20-17 win over San Francisco, Harbaugh heaped praise upon his quarterback for leading that game-winning, clock-bleeding final 6:28 drive.

“Lamar, I thought, really buckled down and really got it done as a quarterback. He had some runs. He had some passes. The offensive line, hard-running backs, pass protection, catches were made. Right? In those kind of conditions that’s what it takes and those guys did it.”

That drive, of course, ended with the Justin Tucker 49 yard field goal as time expired.

“That’s players doing it in a critical situation and getting us into field goal range, then protecting the field goal and, of course, the wolfpack coming through.”

After pocketing their franchise-record eighth consecutive victory in the cold, wind and rain, the Ravens now head to Buffalo on Sunday to deal with what could be more winter-like weather. The head coach will take more of the same.