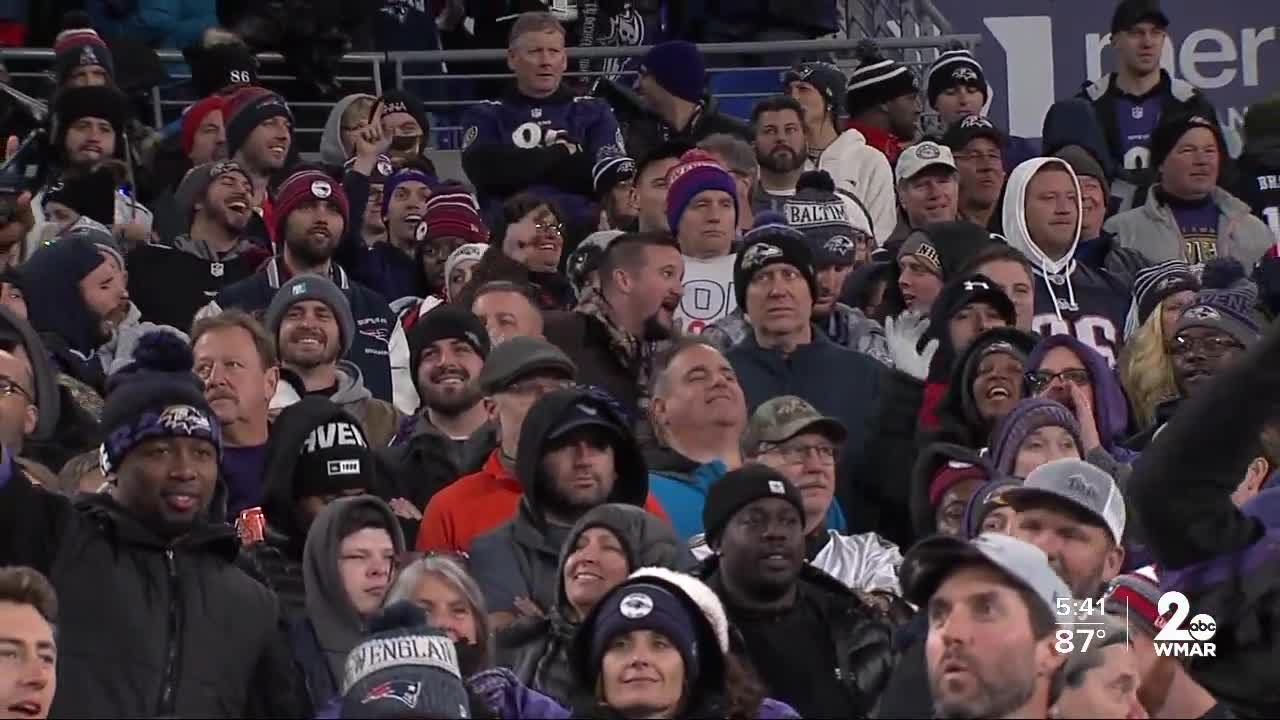 The Ravens were back inside M&amp;T Bank Stadium on Wednesday. They held a closed practice that focused on situational and operational type work.

BALTIMORE — The Ravens were back inside M&T Bank Stadium on Wednesday. They held a closed practice that focused on situational and operational type work.

"An emphasis on situations and substitutions, operating the game, making sure we have a good idea of how we’re going to sub in and out of games and get the right guys in our depth charts and who for what and any contingencies that could come up," said Ravens Head Coach John Harbaugh.

Harbaugh also started practice at 1:00 p.m. by design. That's when kickoff will be for all of the Ravens' Sunday home games this fall.

No fans will be in the stands for those early season games in Baltimore. But, around the league attendance regulations differ. Some teams are allowing limited seats for spectators. NFL Commissioner Roger Goodell said Tuesday there is no competitive advantage gained by having fans. Harbaugh didn't pick sides on the issue.

"It doesn’t really matter to me one way or another. Whoever plays the best and executes is going to be the team who wins the game," he said. "I don’t think it’s going to matter whether there’s a few thousand fans in the stands or no fans."

One side Harbaugh is backing is the right to play college football. His brother Jim is the head coach at Michigan. Like Maryland, the Wolverines are part of the Big Ten, one of the power five conferences that has postponed the fall season.

"Free the Big Ten. Free the Big Ten. Let’s go. Let’s go play some football," said John Harbaugh. "Let's get Michigan and Ohio State and all those great teams playing some football out there. Michigan had zero positive tests in August. They are doing a great job with their protocols. Those guys want to play and for anybody that wants to opt out, they can. They can. Their families should have that choice. Just like the Southeast Conference gave the players and families in the Southeast conference that choice. Most of them, as you know, decided to play as a family. I think the Big Ten players and families should have that same choice."

Wednesday was the final time the Ravens will be inside M&T Bank Stadium before things get going for real. The next time they take the field inside their gameday home will be Sunday, September 13 for game No. 1 against the Browns.