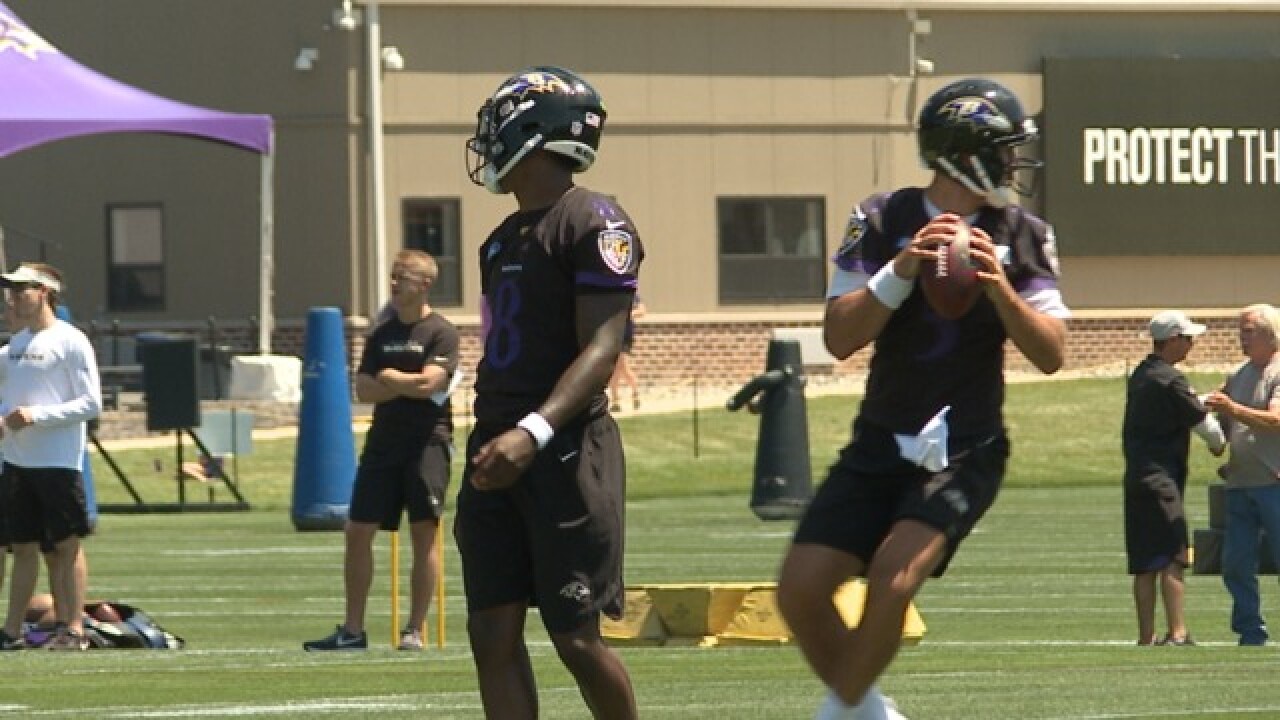 Ravens football is officially back. And so are the expectations.

“I feel like this is one of the most anticipated preseasons that we’ve been in since my rookie year,” said veteran linebacker C.J. Mosley.

Training camp 2018 kicked off on Thursday with practice number one.  One of the biggest storylines is the addition of first-round draft pick Lamar Jackson to the quarterback rotation alongside veteran Joe Flacco. Head Coach John Harbaugh said the passing game looked good on day one.

“I thought we looked fairly sharp,” he said. “There were a lot of things that weren’t anywhere close to being game ready. But we’ve got some good players out there and I thought the guys threw well.”

It’s veteran receiver Michael Crabtree’s first camp with the Ravens after signing with Baltimore in the offseason.

“I couldn’t sleep last night,” said Crabtree. “I don’t know why, feeling you’re going to have a football game or something. New team. New teammates. First day at war.”

And first training camp for Alex Collins as the starting running back.

Greeting Collins and the rest of the Ravens on Thursday were the fans, who were away from camp last year because of renovations to the practice facility.

But $40 million in improvements later the Under Armour Performance Center can hold up to 2,000 fans per day at training camp.