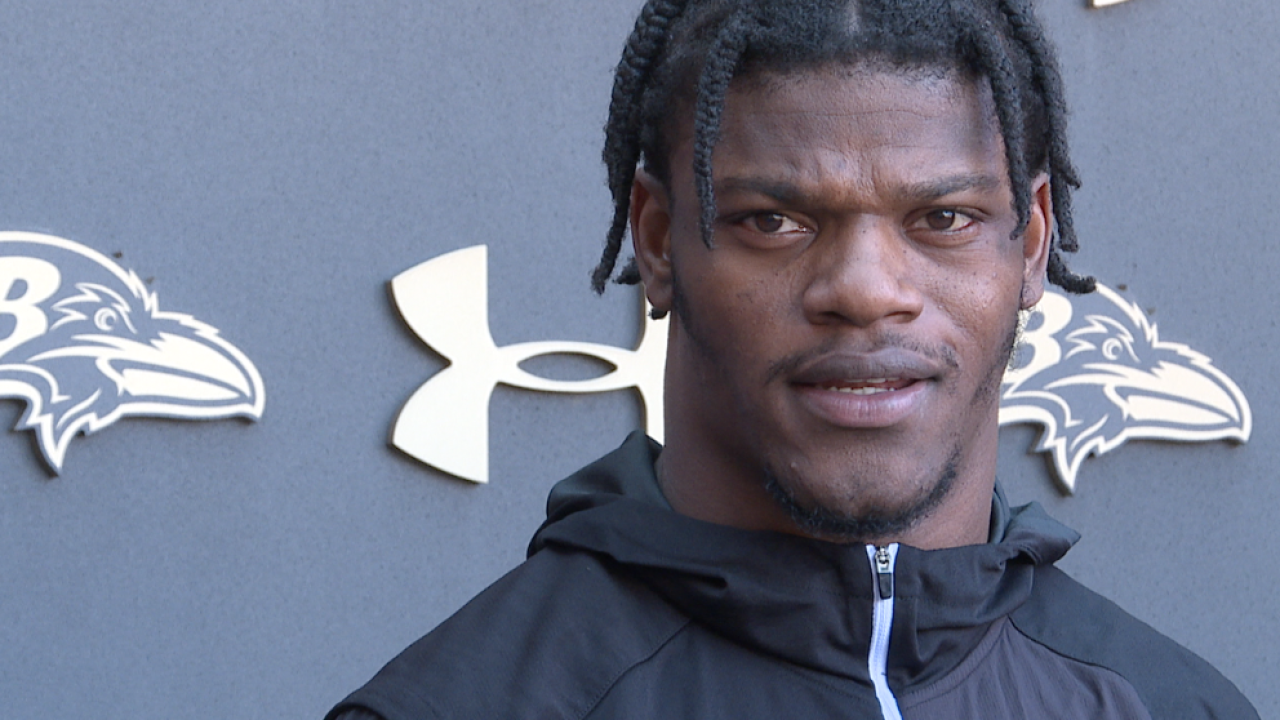 OWINGS MILLS, Md. — After such a dominating, emotional win over the previously unbeaten Patriots, and with the first place Texans coming to town next week, the Ravens can’t afford a letdown on Sunday against the winless Bengals.

“Any given Sunday anything can happen. We’re playing ball,” said Ravens quarterback Lamar Jackson. “At the end of the day it doesn’t matter what the record is. We’re all grown men. They’re going to compete their tail off regardless. We’re going into Cincinnati and we’re trying to come out with a victory.”

A fifth consecutive victory and second over Cincy this season.

“This game is a rivalry game. Just like the Steelers, the Browns. The records don’t matter,” said Ravens cornerback Jimmy Smith. “We know what they possess over there.”

But they don’t know much about the Bengals’ new quarterback. Rookie fourth-round pick Ryan Finley will make his first career NFL start. He is replacing benched veteran Andy Dalton.

“I personally YouTubed him yesterday,” said Smith. “Just to see what he’s like, see how he throws.”

Finley should have A.J. Green on his flank. The receiver has been out all year with an ankle injury.

While Green is set to make his season debut, De’Anthony Thomas is expected to make his Ravens debut.

The returner and receiver was just signed to the active roster after being cut by Kansas City. He’s impressed by his new team and ready to get on the field.

“They got something going and I feel like I bring a lot of spark to it and it’s just a very blessing just to be here and be able to contribute to this team,” said the new Raven.

His first chance comes Sunday at 1:00 p.m. in Cincinnati.