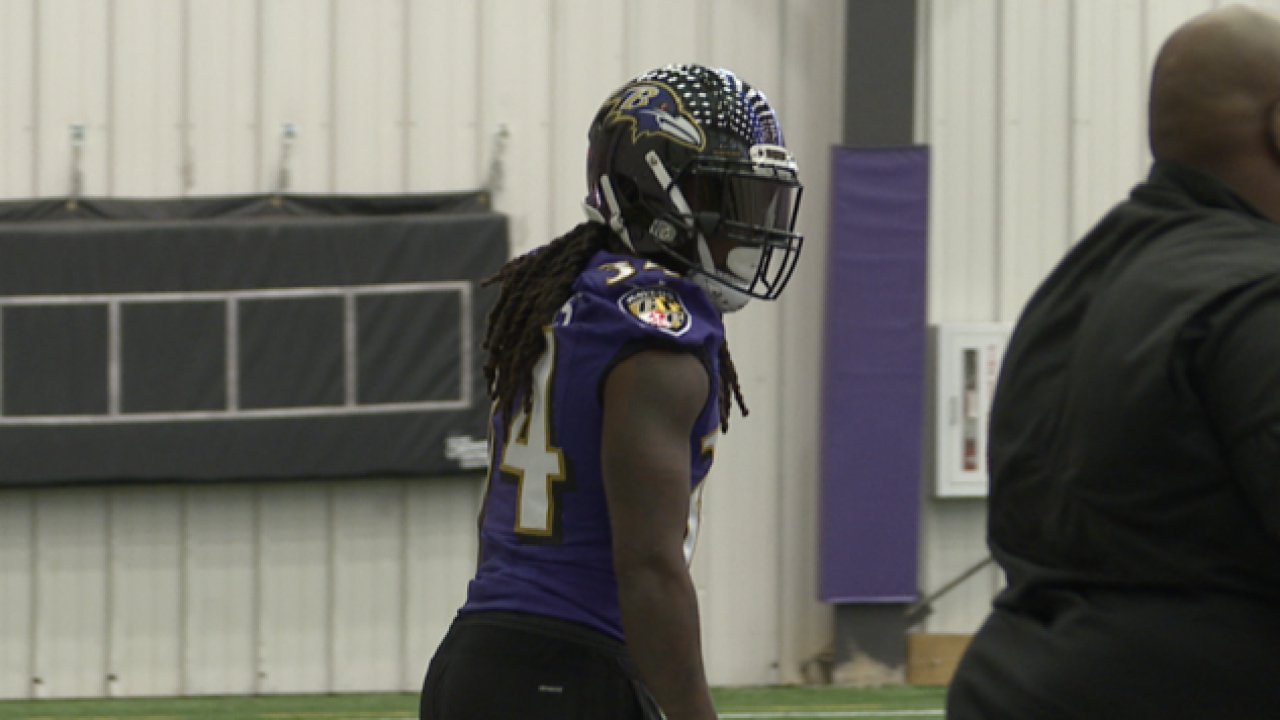 Three games for the playoffs starting with the league’s worst team.

Controlling their own playoff fate the Ravens await a visit to 0-13 Cleveland. No talk Wednesday of a letdown facing the winless Browns following a heartbreaking, one point loss to the AFC’s best team, the rival Steelers.

“We definitely are fortunate and are very hungry an feel very good about where we are,” said Ravens quarterback Joe Flacco.  “It’s just another game against the Browns for us. It’s always a tough opponent and we’ve got a lot at stake right now. We’re really just worried about winning the football game.”

“Never really a guaranteed win in the NFL,” said Ravens cornerback Marlon Humphrey. “So, you got to treat every team the same no matter what their record is.”

Heading into the matchup the Baltimore offense is humming. They are the second highest scoring team in the NFL over the past six games, averaging 31.3 points over that stretch.

“The last two opponents, we’ve been hitting them in every way,” described Flacco. “Kind of spreading them out early and been able to run the second half on them and really wear them out physically.”

The guy primarily responsible for that is Alex Collins,  The running back has burst onto the scene over the last month or so.  He has scored in each of the past four games using his violent, angry running style to do so.

“That’s one of my things,” said Collins. “Sometimes I’ll run out on the sideline but most of the time I like to finish, let them know what type of game this is going to be. I like to put my stamp on it.”

“Alex has been kind of electric. He’s made some plays after contact. He’s made plays in the passing game. He’s been explosive, scored touchdowns. So, he’s been a difference maker for us and it’s been really good,” said Ravens Head Coach John Harbaugh.

Collins and company will be tested this week. The Browns run defense is ranked 6th in the NFL. They give up an average of 96 yards per game.