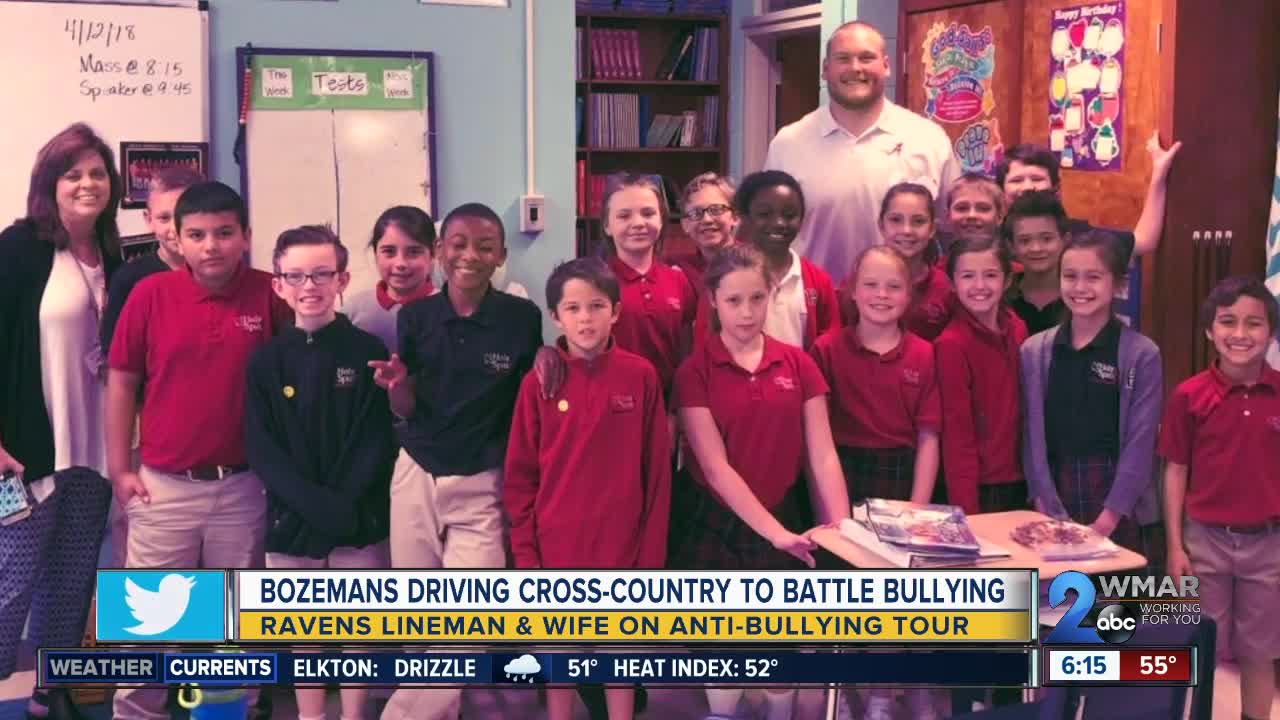 It’s the Bradley and Nikki Bozeman Foundation Anti-Bullying Cross-Country Tour. Over the next six-and-a-half weeks they’ll speak to over 16,000 students in 17 states. They will be stopping at schools to raise awareness about the dangers of bullying and cyberbullying. 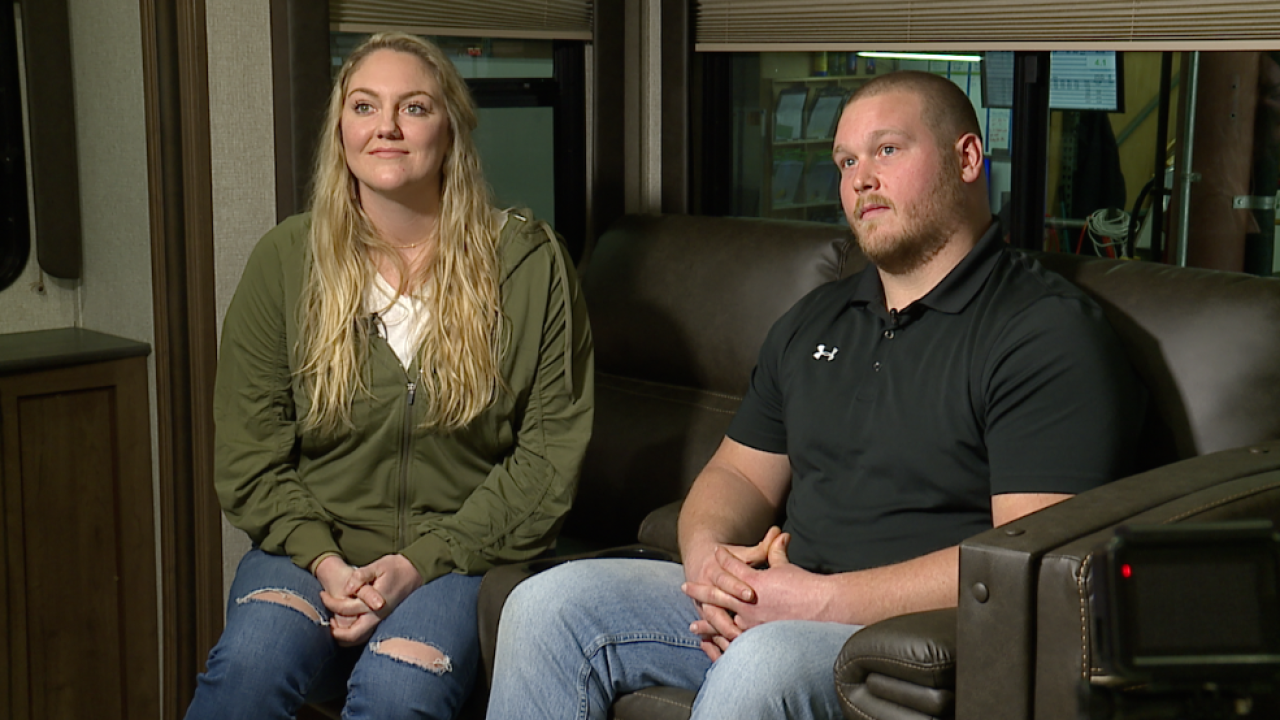 They also love to help kids.

“We decided that we wanted to buy an R.V. and go place to place and just see the country,” said Bradley while sitting in his new recreational vehicle. “Then it shifted into, ‘Why don’t we just do our foundation with it also, while were doing it?’.

So the Ravens offensive lineman and his wife are packing up for a cross-country trip to battle bullying.

“We’re starting here and ending up in California and coming all the way back,” said Bradley.

It’s the Bradley and Nikki Bozeman Foundation Anti-Bullying Cross-Country Tour. Over the next six-and-a-half weeks they’ll speak to over 16,000 students in 17 states. They will be stopping at schools to raise awareness about the dangers of bullying and cyberbullying.

“It’s the ripple effect. Talk to one kid and that motivates them to go on and be inspired to do different things,” said the Ravens starting guard. “We hope to change some legislation. I know we have Grace’s Law here in Maryland and we hope to bring that along and start actually doing some real change.”

Grace’s Law is one of the most strict cyberbullying laws in the United States. It is named for 15-year-old Grace McComas, who committed suicide in 2012 after being brutally bullied online.

Spreading the word about anti-bullying became the Bozemans’ mission after they met with students, in their home state of Alabama, almost two years ago.

“We got in the car and I think we both started crying,” said Nikki. “It wasn’t like a sad [cry], it was just kind of like a ‘Holy cow. These random kids trusted total strangers with attempted suicide and their best friend killed themselves, and stuff like that.’ So, from then on we were like hands down this is what we’re meant to do.”

They draw on personal experience, too. Both Bradley and Nikki were teased when they were kids. Bradley was taunted for being short and pudgy. Nikki was teased for her weight and height.

“I was an easy target to be picked on. I was a teddy bear,” said Bradley.

They want kids to know they are not alone.

“I feel like we have a really strong message and I’d love to be able to share it with these kids,” said Bradley.

Now… living out of an R.V. isn’t new for the Bozemans.

“Because we lived in one,” said Nikki.

Bradley and Nikki lived in an R.V. for most of 2019. They liked the lifestyle.

When people found out the starting guard for the Ravens was living in an R.V. they got a chuckle.

“Oh, they thought I was Uncle Eddie with Christmas Vacation,” said Bradley.

It was a little more luxurious than that.

They recently moved into a new house. But, they are back in a recreational vehicle, provided by Camping World, ready to hit the road and take their passion for traveling and helping children nationwide.

“We’re really excited about it and really hope to, even if we change one kid’s life that will make the whole trip worth it,” said Bradley.