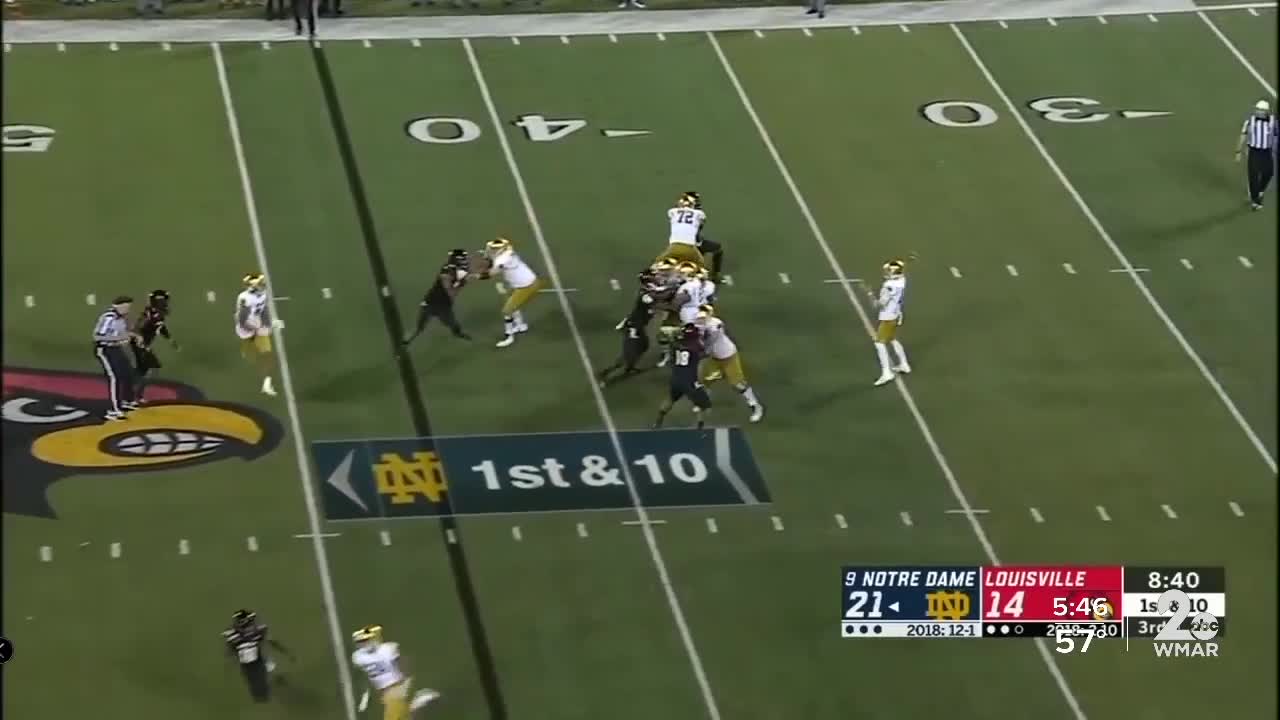 The NFL Draft begins exactly two weeks from Thursday. High atop the list of Ravens needs are inside linebacker. At the top of this year’s class are LSU’s Patrick Queen and Oklahoma’s Kenneth Murray.

BALTIMORE — The NFL Draft begins exactly two weeks from Thursday. High atop the list of Ravens needs are inside linebacker.

At the top of this year’s class are LSU’s Patrick Queen and Oklahoma’s Kenneth Murray.

"It really just depends what flavor you like, Murray or Queen," said Ravens General Manager Eric DeCosta on a conference call. "Both guys, I think they are looked at as being, side-by-side, as probably two of the very best inside linebackers in football this year."

DeCosta’s love of the 2020 wide receiver class is no secret. He has called it ‘prolific'.

"We think this year that there’s a really good chance to get a guy that could probably be a starter for you in the fifth round of the draft. There’s just, sheer numbers-wise for whatever reason, this year is kind of stacked," said DeCosta.

What about tight end? The trade of Hayden Hurst to Atlanta created a void on the Ravens roster.

"If there is a guy there in the right spot, it would really be foolish of us not to consider him," added DeCosta.

Speaking of trades, the Ravens have a history of swinging deals on draft day. Right now they have nine picks and will have to wait until No. 28 overall for their first selection.

"I hesitate to say we would never trade up for a guy since we have in the past," said the Ravens GM. "These guys in the first round, there’s a wide variety of grades. So, a guy like Chase Young, if he starts to slip in the draft and we thought we might be able to get him you’d probably see us try to trade up to get him."

"The draft, in and of itself, there is definitely a luck component," he said. "You may be surprised to hear me say that but I do believe that."

The NFL Draft begins with the first round on April 23. It will air live on WMAR.