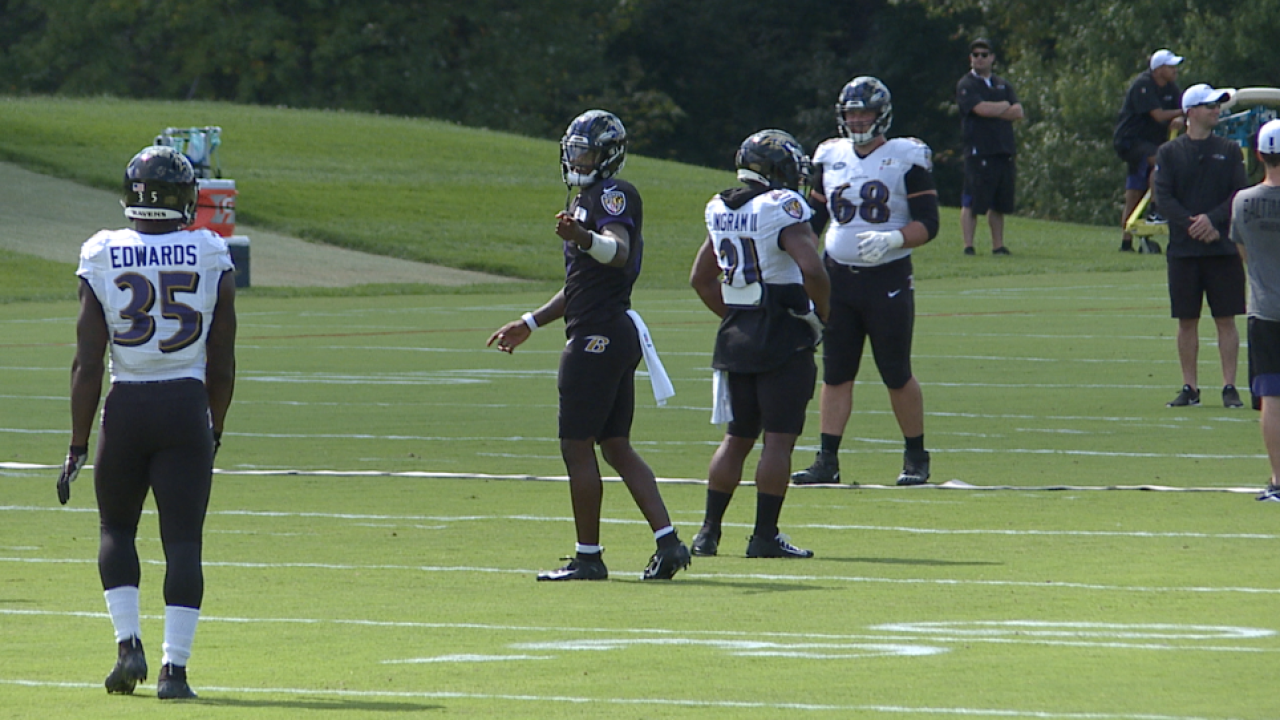 OWINGS MILLS, Md. — It’s time for a step up in competition for the Ravens.

A trip to play one of the best in the National Football League.

“When you look at the schedule, when you saw it a while back, you knew this was a game that was going to be a big test,” said cornerback Marlon Humphrey.

When talking about K.C. the conversation has to begin with the NFL’s reigning most valuable player, quarterback Patrick Mahomes.

“Gifted thrower, really on all three levels, gets the ball out quickly, can avoid the rush, can create time,” said Head Coach John Harbaugh about Mahomes.

And with a Q.B. like Mahomes the Ravens defensive secondary must clean up its act.

“Definitely clean that up, watch it on film and get it corrected for this week because Kansas City is really good. But when you give them the big plays they turn from good to great,” said Humphrey.

“That comes down to personnel and luckily the Ravens have me playing free safety, controlling the deep end,” said safety Earl Thomas. “I plan on eliminating all the big plays.”

Eliminating all of them is unlikely.

On Sunday we’re expected to see a display of offensive firepower. Like Mahomes, Lamar Jackson has passed for seven touchdowns through the first two games of the year.

Lamar is returning to the scene of his only regular season loss, a 27-24 overtime defeat last December.

“It’s still with me right now,” said Jackson. “It doesn’t go away until I get that opportunity again and perform very well.”