Ravens entering bye week: "This week is going to help us' 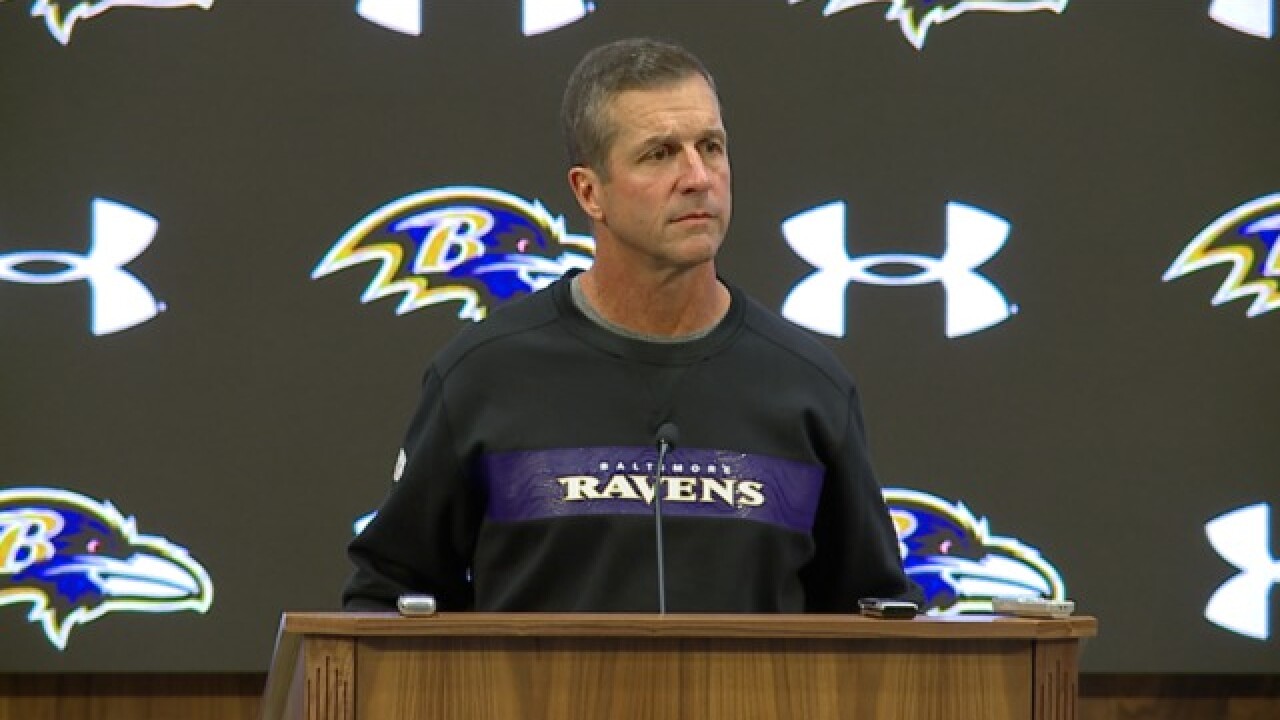 The Ravens’ bye week is here.

And not a moment too soon.

“You watch the tape, we played fast. We played hard. But are we as fast as we were early in the year? Probably not,” said head coach John Harbaugh on Monday. “We’re probably a step off just because it’s week nine. So, this week is going to help us.”

Help them heal up.

Harbaugh will keep his team off the field this week.

“We’re better off resting at this point. I think our guys have been hard at work at it through a long training camp and it will be good for us to get an opportunity to get off our feet and get our legs back,” said Harbaugh.

The Ravens enter their week off reeling, losers of three straight, including Sunday’s 23-16 setback to the rival Steelers. After the game Harbaugh fielded questions about his job security.

On Monday he said that comes with the territory.

“Not insulted. I understand that’s a part of it. And probably not surprised because you got to win games in this league,” he said.

One player we saw plenty of on Sunday was rookie quarterback Lamar Jackson.  A big reason was because of his elusiveness playing behind a banged up offensive line.

After the game and again on Monday Harbaugh said he wants to see more of the first-round draft pick.

Harbaugh said that all of the Ravens injured players should be able to come back following the bye week.

As for running back Kenneth Dixon, who is on injured reserve with a knee injury, Harbaugh said he hopes he can return but there are issues with league clearance for Dixon. He wouldn’t go into detail.