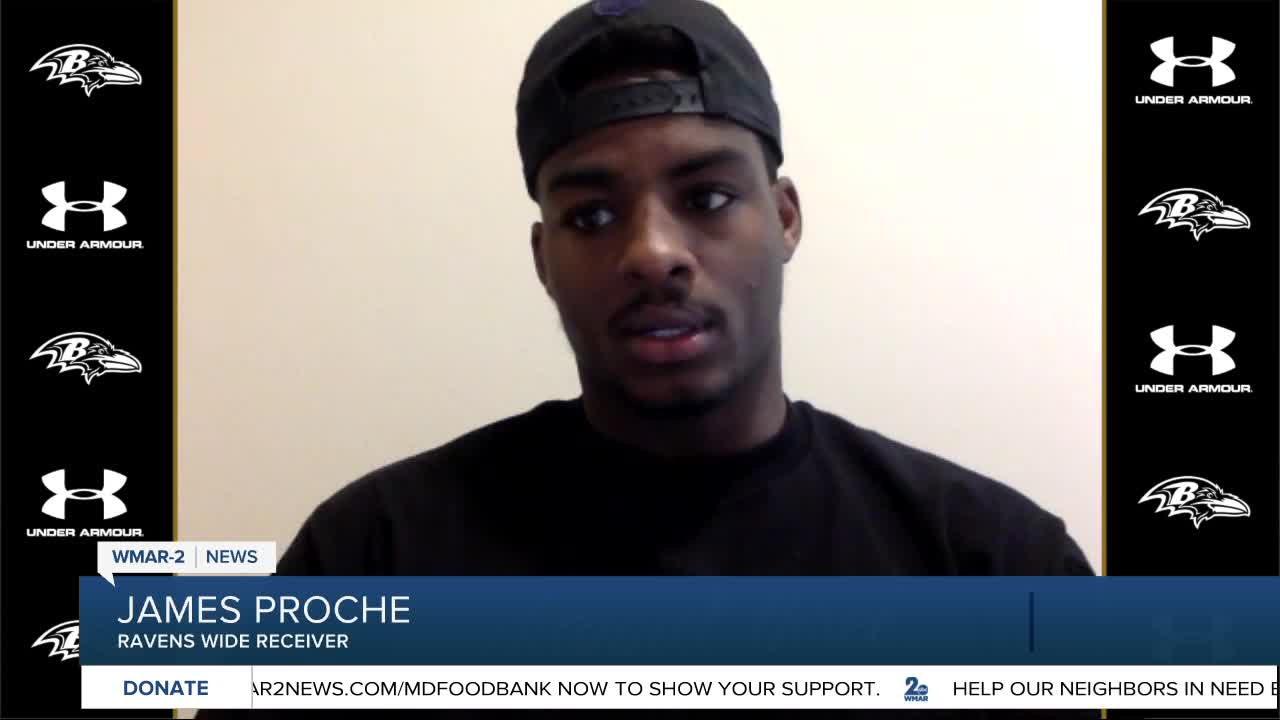 He was 2019’s most prolific pass catcher in college football. Now James Proche is with the Ravens.

BALTIMORE, Md. — He was 2019’s most prolific pass catcher in college football. Now James Proche is with the Ravens.

"If there is something to be good at, in the wide receiver position, I want to do it at a high level," he said.

Proche was drafted in the sixth round (201st overall) out of Southern Methodist University. The Ravens traded up to get him.

"I try to compete in every aspect of my game," he said. "I like to think of myself as a complete receiver."

Complete and consistent. The 5-foot-11, 201-pound wide receiver is SMU’s all-time leader in several offensive categories. He had only nine drops during his college career.

"It’s a gift from God and work ethic," Proche said of his ability to catch the ball. "A pianist only gets great at piano by playing the piano and that’s kind of how I see me catching the ball. You just got to keep catching the ball in any types of ways, any situations so that you are prepared."

Proche led the nation last season with 111 receptions. That's five more than fellow Ravens draftee and receiver Devin Duvernay. The Texas wideout was selected in the third round. Proche said he was watching Duvernay all last season.

"I was counting every catch he had, every catch, just to make sure I can keep my receptions record for the year."

Proche has experience as a returner and figures to get some special teams looks when the Ravens get on the field.

Earning a spot on an NFL roster won’t be the toughest challenge he has faced in his life. He overcame acute kidney failure in 2014 while in high school.

"I’ve always tried to put my Superman cape on, whether that was in pads or out of pads. You know, never show any weaknesses," he said. "That was just a moment where I had to learn to really lean on my family, the people around me that care about me."

Proche said that kidney condition never caused him to miss a game or practice at SMU.