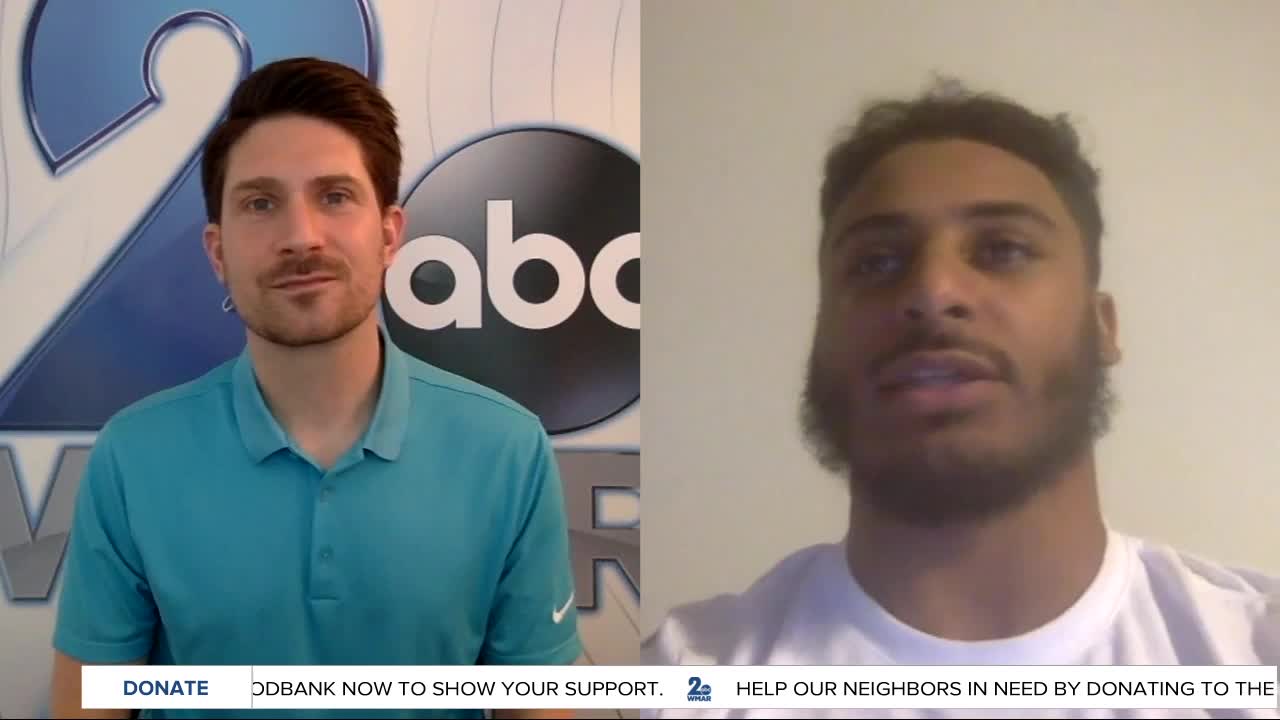 He was the Ravens final draft pick and has one of the toughest roads to making the roster. Geno Stone is up for the challenge.

BALTIMORE, Md. — He was the Ravens final draft pick and has one of the toughest roads to making the roster. Geno Stone is up for the challenge.

"I’ve always been overlooked or been the underdog. I know what I have to do to be on the field, whenever it is," he said. "Getting selected in the NFL Draft is a dream come true but all I needed was an opportunity to get my foot in the door and I’m going to show why I should stick and last in the NFL."

Baltimore’s seventh-round selection is confident. The safety out of Iowa was picked 219th overall in the 2020 NFL draft.

"I just hope I can make an impact wherever I can for the team to win no matter where it is, special teams, in the defensive backfield," said Stone.

It will no doubt be an uphill battle. But, it can be done successfully. Look no further than Stone’s new teammate, Chuck Clark, who was a 2017 sixth-round draft pick and is now the Ravens' starting safety with a new contract.

Stone was second-team All Big-Ten last season with 70 tackles, an interception, four pass breakups and three forced fumbles. A couple of his drawbacks are his height and arm length. He stands 5-foot-10 with 29-and-a-quarter inch arms. He doesn’t think that will be an issue.

"I wear my heart on my sleeve and you can’t measure heart. Every time I’m on the field that’s where all my instinctive things come out. I feel like that’s the biggest part of my game - how instinctive I am for the game of football, my football I.Q. It’s hard to take me off the field once you see me doing the things I’m going to do out there."

All Ravens fans hope they see those things soon.