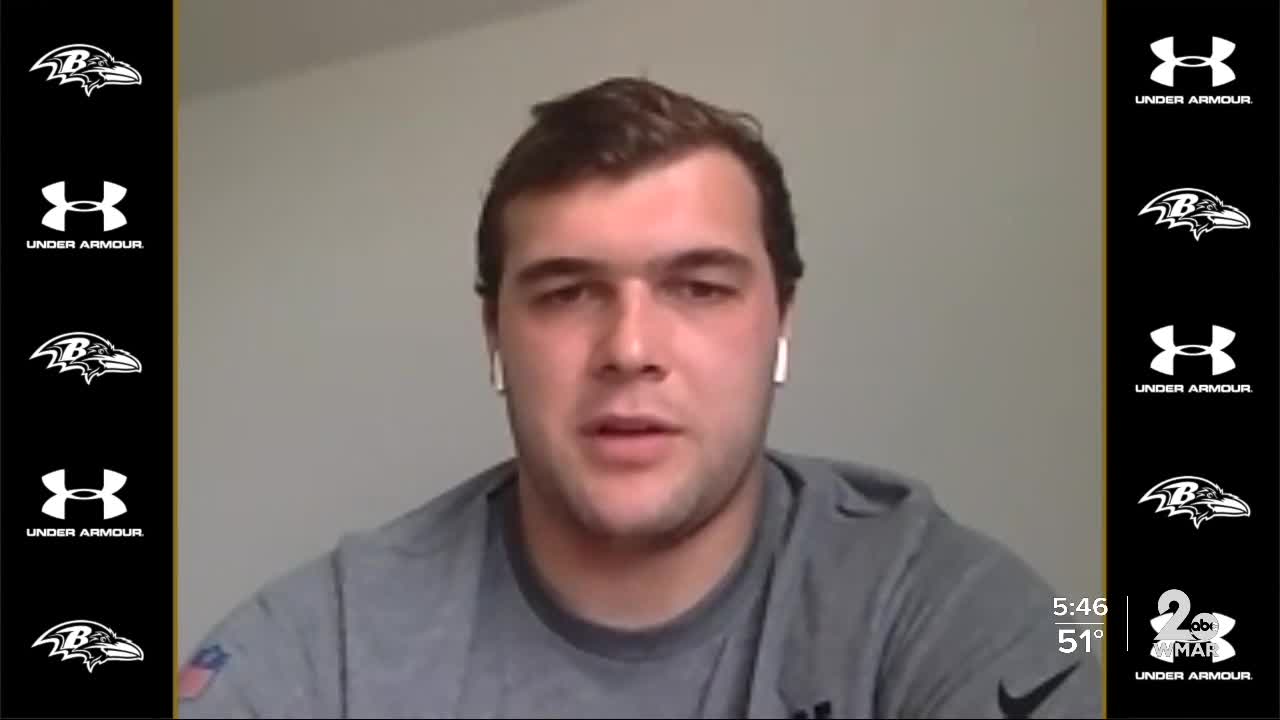 Ben Bredeson feels like he is in the perfect place to begin his NFL career.

BALTIMORE, Md. — Ben Bredeson feels like he is in the perfect place to begin his NFL career.

"Every offensive lineman loves to run the football. Coming to a team like Baltimore, where that’s such a heavy emphasis, it’s really exciting and I couldn’t have picked a better offensive line unit or offense to be drafted to," he said.

Selected in the fourth round (143rd overall) out of Michigan, Bredeson played left guard for the Wolverines. And he’s versatile.

"I feel comfortable at all interior spots - left guard, center, right guard," he said. "I’m just going to go wherever I’ll fit best for the team."

It's a team trying to replace a future hall-of-famer. Marshal Yanda’s retirement leaves a big hole at the right guard position.

"I definitely wouldn’t tag any guy as Yanda’s direct replacement," said Ravens Director of Player Personnel Joe Hortiz. "I think the things you liked about Ben are the core strength, the balance, the competitiveness, the intelligence. Those are the things that are going to give him an opportunity to get in and compete for the role."

"With Marshal Yanda leaving, that guy is a legend," said Bredeson. "I’ve been watching him for years and years."

One of the knocks on Bredeson is his arm length. It's on the shorter side for an NFL guard.

"I’ve had the same length arms my whole career," he said. "So, you find a way to make it work and it’s never really been an issue for me."

And it's never been an issue for his coach at Michigan, Jim Harbaugh, who is the brother of Ravens head coach John Harbaugh.

"You can definitely see a lot of glaring similarities between the two - the way the playbook is set up, the way the program is being run, their mannerisms, a lot of them are the same," said Bredeson. "So, it’s comforting for me knowing I’m still in the Harbaugh family."

Comforting to be coached by a Harbaugh. Sounds like Bredeson is already an arm’s length ahead.