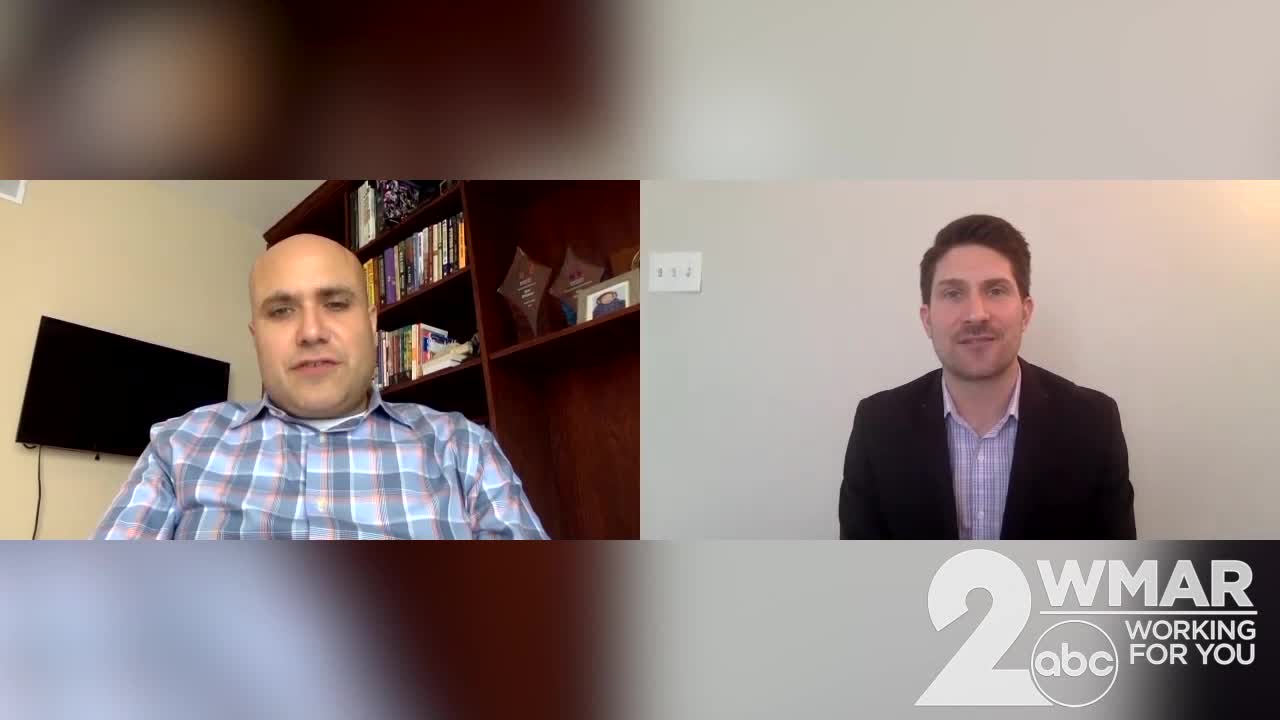 BALTIMORE — What will the Ravens do in the 2020 NFL Draft? It's the question every Baltimore football fan wants to know.

WMAR-2 Sports Reporter Shawn Stepner caught up with Jeff Zrebiec to try and answer that very question. Zrebiec is the Ravens beat reporter for The Athletic.

Who could the Ravens select if they stay at 28th overall? How many receivers will they add? Which prospects do the canceled pre-draft visits hurt? Where could Maryland Terrapins running backs Anthony McFarland and Javon Leake land? That and more are in Shawn and Jeff's conversation.

And don’t miss WMAR’s 'Countdown to the Draft' on Thursday at 7:30 p.m. We’ll get you ready with breakdowns on who the Ravens could select, thoughts and analysis from the Ravens front office, what local players could get drafted and lots more.