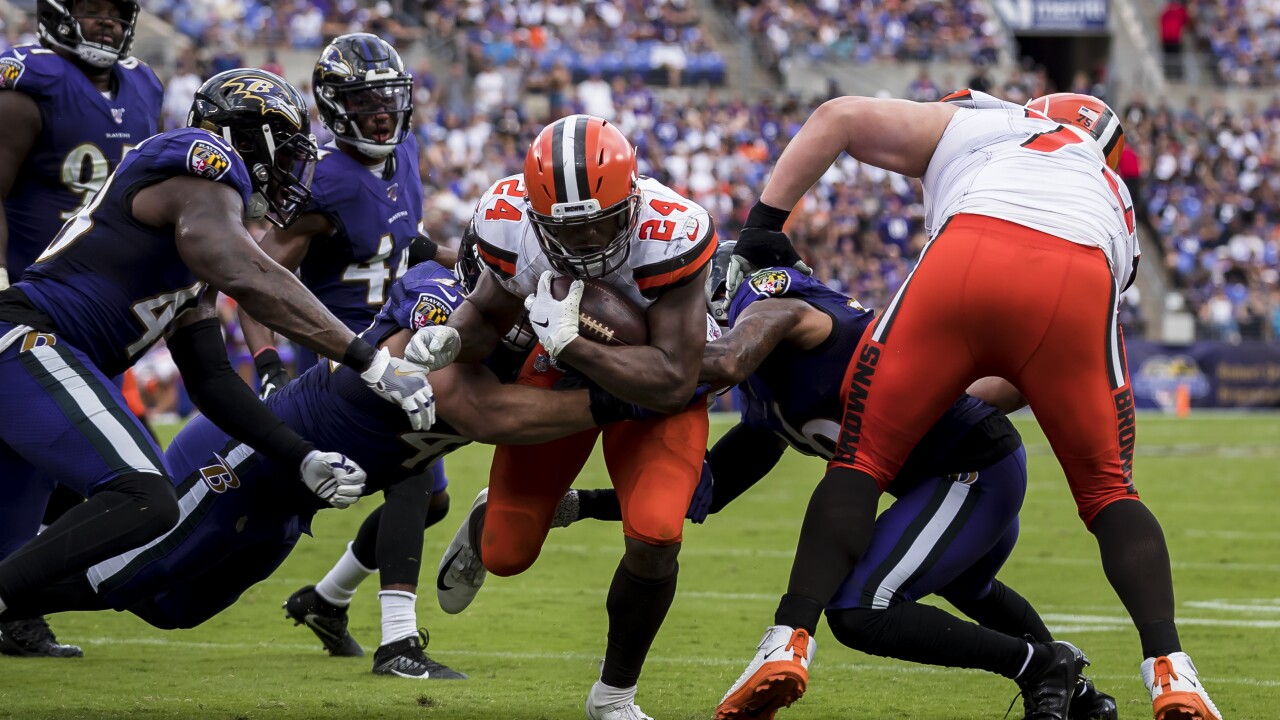 OWINGS MILLS, Md. — Through a quarter of the season the Baltimore defense is not very Ravens-like.

It was a 40-25 loss to Cleveland. The Ravens allowed 337 yards through the air and 193 yards and four touchdowns on the ground.

But they are so far this year.

The backbreaker on Sunday was Nick Chubb’s 88 yard touchdown run in which safety Earl Thomas pulled up on the play. Thomas said postgame he stopped running after Chubb because it ‘wasn’t worth pulling a hamstring’. Harbaugh’s response:

“He was a good bit behind Chubb in that situation, as I watched the tape. He wasn’t going to catch him. Yeah, we want everybody to finish. But if he felt some tightness in his hamstrings right there I’m glad he’s out of the game healthy, in all honesty. I certainly don’t want a hamstring pull right there.”

What about the scuffle between Marlon Humphrey and Odell Beckham, Jr in which it appeared Beckham threw a punch at Humphrey and the Ravens corner choked the star receiver? Both players received offsetting penalties. Harbaugh said it looked like Humphrey pinned Beckham on the ground after about ‘3 or 4 things happened’ but:

“We can’t get flags in that situation. I think they already called a flag on OBJ. So let’s walk away from that and take our 15 yards and let’s move on and take that profit.”

The Ravens did make one roster move on Monday on the defensive side of the ball. They signed linebacker L.J. Fort. The 29-year-old was cut by the Eagles last week. He’s played the last three seasons with the Steelers. The Ravens (2-2) visit Pittsburgh (0-3) on Sunday. The Steelers play the Bengals on Monday night.

As far as Brandon Williams and the foot injury that kept him out of Sunday’s game, Harbaugh said that issue is not something that will keep the defensive tackle out long term.