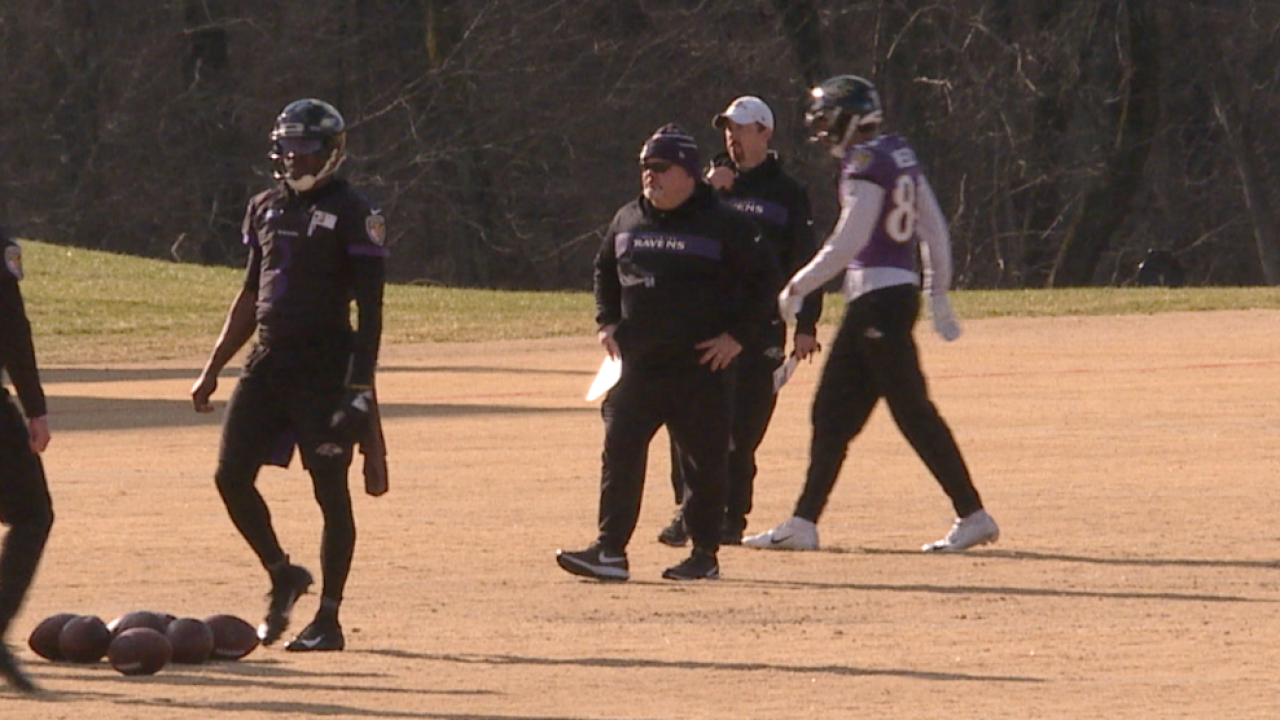 OWINGS MILLS, Md. — When you’re 14-2, have an offense like no other in NFL history and a defense that’s ranked fourth in the league a year after being the No. 1 unit your top assistant coaches will be in high demand for head-coaching vacancies around the NFL. That’s exactly what’s shaking out with the Ravens.

The Cleveland Browns have requested and been granted permission to interview offensive coordinator Greg Roman.

“Everything has its place,” said Roman. “You’ve got to be able to compartmentalize. That is something that is in its own box on the shelf.”

Roman added that his focus right now is obviously on the Ravens.

So is Don Martindale’s.

The Giants have requested permission to speak with the Ravens defensive coordinator. The man they call ‘Wink’ sounds pretty happy in his current role.

“I think it needs to be an opportunity of a lifetime,” he said regarding a potential head-coaching job. “We love it here. We love this city. We love the culture here in the building.”

All interviews must happen this week as the Ravens are on their bye before the divisional playoff round.

The team was back on the practice field on Tuesday doing some fundamental work to stay sharp. The vets like Marshal Yanda, who is finishing up his 13th season, took full advantage of said bye.

“I’m an old man so the rest, I’m not going to shy away from it, I will take it. When we play our football game I’m going to have some juice now,” he said.

As for the man he protects, quarterback Lamar Jackson, he didn’t practice Tuesday as he battled the flu.

So when you don’t know who you’re going to play, how do you prepare? The Ravens will host the lowest remaining seed out of the No. 4 Texans, No. 5 Bills and No. 6 Titans. Baltimore beat Houston and Buffalo in the last half of the season.

“We’re going to do some catch up on them but we need to dive in on Tennessee and get our teeth sunk into them in the next couple days,” said Roman.

The Ravens will have New Year’s Day off before starting 2020 with practices on Thursday and Friday.