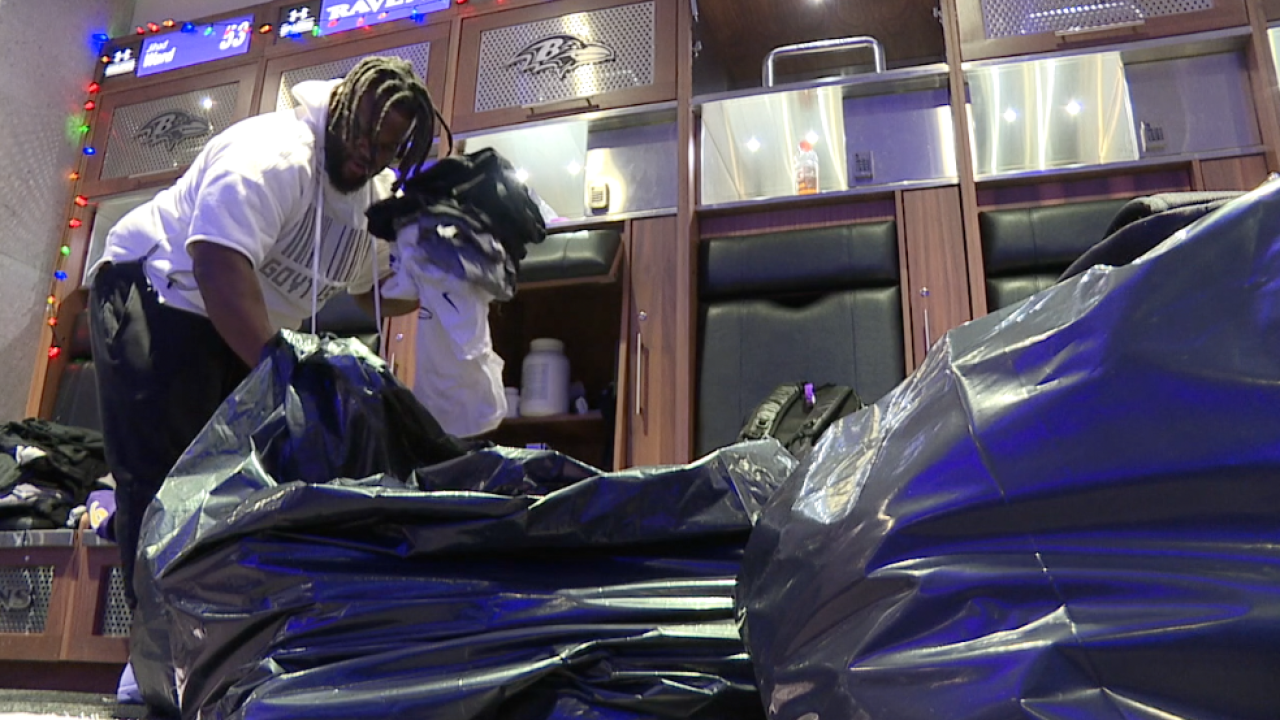 OWINGS MILLS, Md. — One day we will look back on the 2019 version of the Ravens with the fondest of memories.

We will recall the record-setting performances and all of the ‘wow’ moments.

That day was definitely not Sunday.

All of that is an afterthought following Saturday's disappointing 28-12 divisional playoff loss to the Titans.

The Ravens cleaned out their lockers at their team facility in Owings Mills. Players said their goodbyes and packed up their gear. The offseason starts much earlier than anyone anticipated.

“I think everyone is just shocked,” said fullback Patrick Ricard. “We just believed in ourselves all year. Just an unbelievable run and I think we’re all just disappointed.”

“A lot of good stuff. Just not the result that we wanted,” added cornerback Marlon Humphrey.

“It’s hard but the best thing we can do is just keep our heads high,” said cornerback Marcus Peters. “We fell short on our goal but I believe in this team a lot.”

The sudden and stark ending of such a remarkable season turned out raw emotion on Sunday.

“Just disappointed,” said defensive tackle Michael Pierce. “The run that we were on, you really, really plan on that continuing.”

That emotion seen from players was a continuation of what was experienced in the postgame locker room.

“You don’t ever expect to get into a car crash until you are getting into a car crash. I feel like that’s what it is. We were riding. We were rolling high and it hit us,” said linebacker Matthew Judon after the game.

How should this team be remembered?

“This team, right now, it’s identity is to get to the playoffs and choke,” stated Humphrey after the game. “It is what it is. That’s just the hard truth.”

Humphrey reiterated those thoughts on Sunday.

Head Coach John Harbaugh will hold his end of season press conference in the coming days.