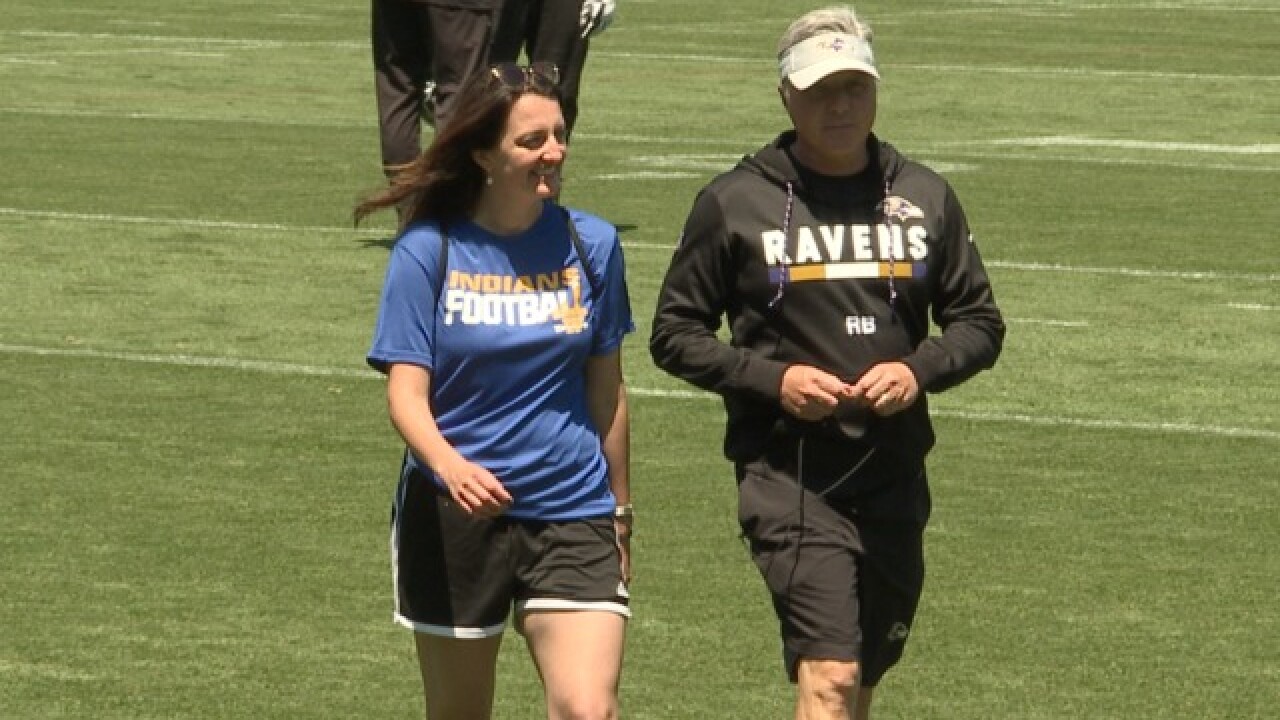 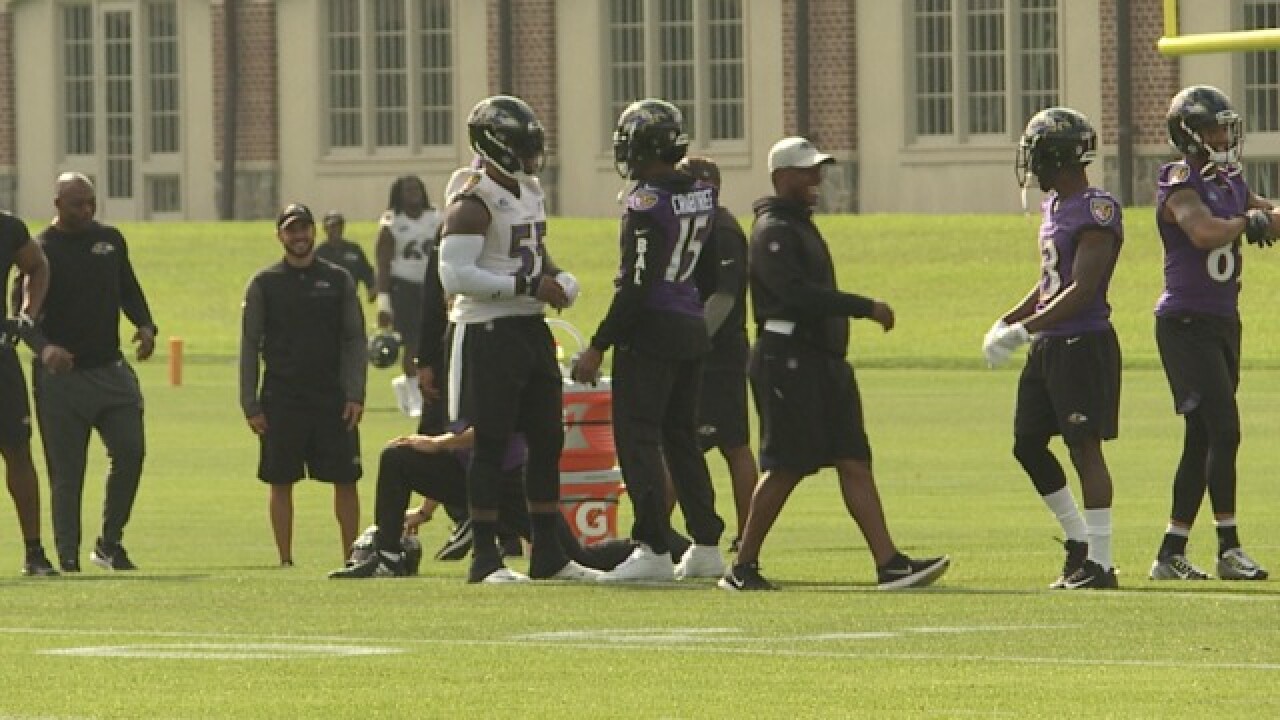 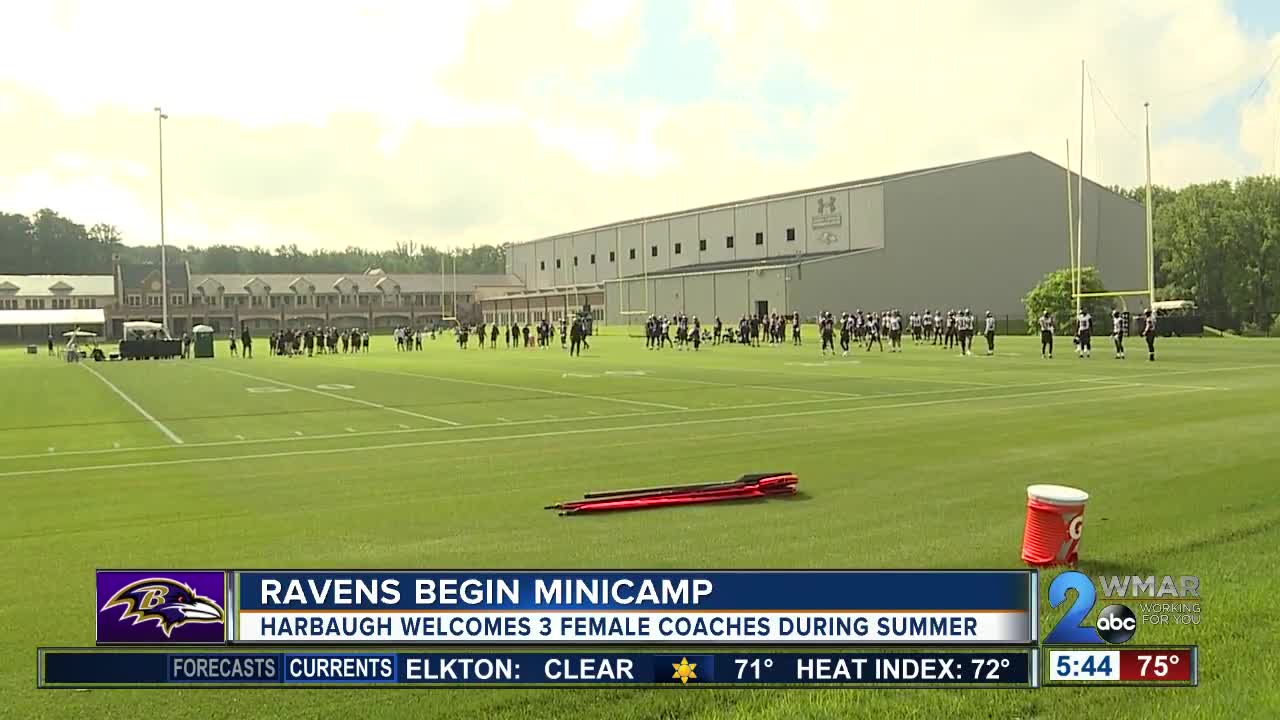 As opposed to the Ravens’ other offseason practices, minicamp is mandatory.  So, we got a Terrell Suggs sighting at the team facility on day one. The veteran linebacker rejoining his team and on-hand.

Offensive lineman Alex Lewis was not.

He was out with back spasms. It’s something head coach John Harbaugh doesn’t think is a big deal.

“Don’t think it’s anything, according to our trainers, serious that will keep him out of training camp or anything or even keep him out for very long,” said Harbaugh.

Tuesday’s practice was the Ravens’ first time on the field since they were fined and forced to forfeit two Organized Team Activity sessions last week by the NFL.  The league determined they had too much contact during pass coverage drills in earlier practices this offseason. Harbaugh accepted the NFL’s decision.

“Understand what their reasoning is,” he said. “They have their reasons for what they do and that’s their reason. I’m just trying to coach the football team and get us ready to go.”

Ravens players weren’t the only ones getting coached up on Tuesday. The team welcomed in one of three female coaches who will be with them during the summer.

Erica Vinson-Ondecko is one of them. She coaches at Waynesboro High School in Pennsylvania and was a kicker in high school and college.  She shadowed Ravens specialists coach Randy Brown for the day.

“It was such an incredible experience just seeing the way that Coach Brown talks to his guys, how they dissect all the kicks,” she said. “They’re all on the same wavelength with things.”

“I do. I think you’re going to see it,” he said. “It’s a talent pool. You got a lot of very smart people in half the population. I’m fired up about it.”