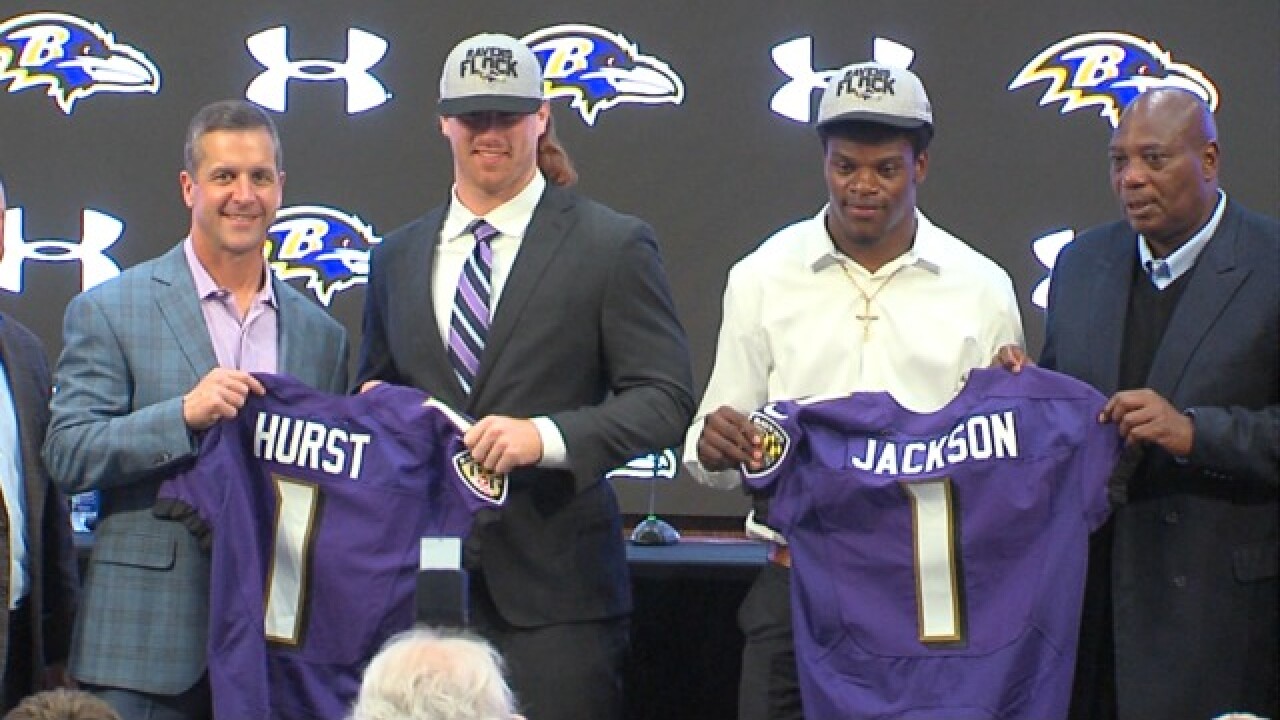 It was Ozzie Newsome’s final draft as general manager of the Baltimore Ravens. It may be his most impressive.  Time will tell if it was his best.

After multiple draft day trades the Ravens selected 12 players over the seven rounds.  That ties the franchise mark for most players selected in a single year.

The highlights are obviously the two first-round picks.

Tight end Hayden Hurst and quarterback Lamar Jackson could be difference-makers for the long term if things shake out the way Baltimore desires.

Jackson is the most surprising addition that could be of the most benefit to the franchise in the long run.  To me, it’s clear the Ravens went into this draft with the mindset of drafting their future franchise quarterback. In my opinion they had their eyes set on Jackson the whole time. He can beat you with his arm and his legs. The 2016 Heisman Trophy winner is a spectacular talent that can energize this fanbase as soon as he gets on the field. The question becomes how soon that will be.

The organization also added a player at many key positions where there was a need. The Ravens made it clear they thought the tight end position was lacking greatly. Hurst was the first tight end off the board. The 6-foot-5-inch is known for his good combination of size and speed. He’s sure-handed and never takes a play off.

The club also took Mark Andrews with their second pick of the third round.  Andrews won the 2017 John Mackey Award as college football’s most outstanding tight end.  Joe Flacco will no doubt get very familiar with these two guys during organized team activities, mini-camp and training camp.  Flacco loves him some tight ends (see Dennis Pitta).  Benjamin Watson led Baltimore in catches last season with 61.

It’s great to see the Ravens select Orlando Brown.  The kid who used to attend Ravens games to watch his late father of the same name.  He’s a first-round talent whose stock fell after a very poor NFL Combine.  Like Jackson, he has a lot of doubters to prove wrong.