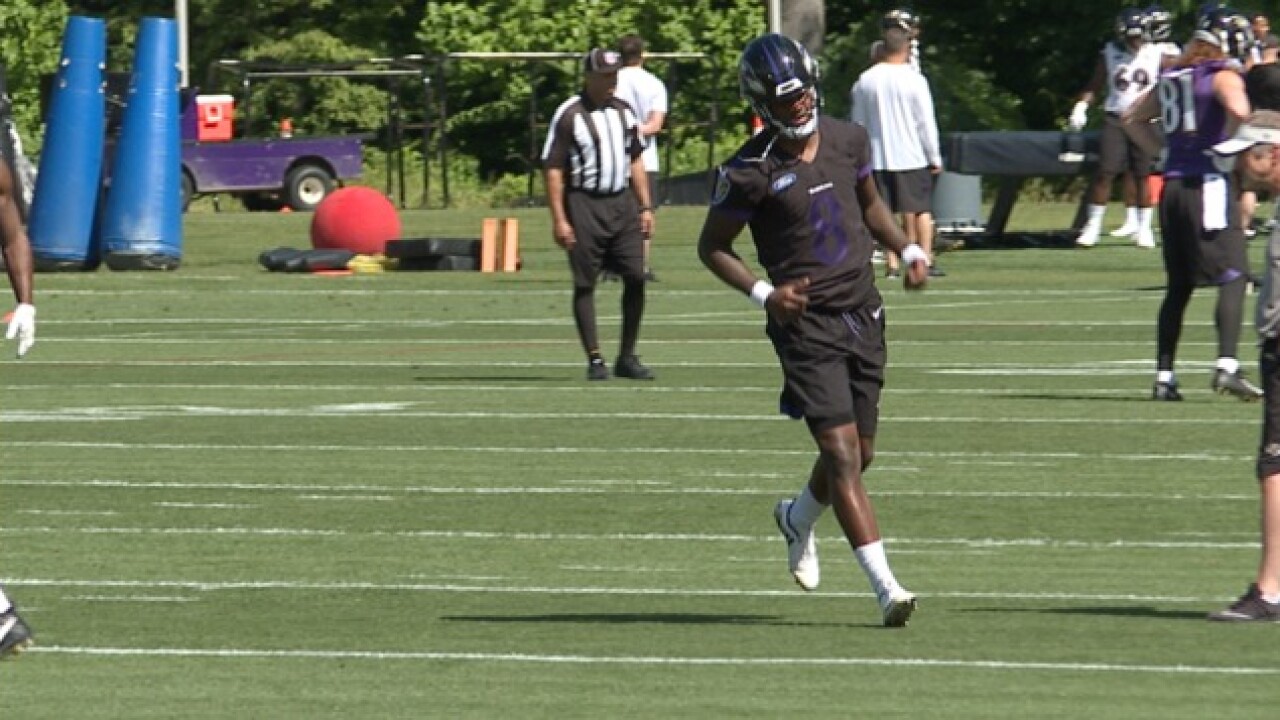 Ravens players have taken notice of their new rookie quarterback.

“He’s an exceptional athlete. Just as a quarterback, a threat running the ball. He’s like a human joystick out there,” said receiver Willie Snead.

“He can run effortlessly out there. I guess he’s like a young Michael Vick,” added cornerback Brandon Carr.

First round draft pick Lamar Jackson has impressed during his first offseason with the team.

How does he think he’s performed?

“I don’t really want to grade myself. I’ve been pretty good though. I’ll give you that,” said Jackson.

Especially good Thursday during the final practice of minicamp when John Harbaugh had Jackson running the bulk of the plays.  The head coach said he handled it well.

“Just putting him out there today and giving him a chance, putting the pressure on him to have to run the whole practice, operate the offense, was valuable,” said Harbaugh.

“It was pretty cool. Trying to get my chemistry down with some of my teammates and some of my receivers. It was a great day today, I felt,” added Jackson.

Jackson will start the season backing up Joe Flacco.  When you have a highly touted rookie competing for playing time with an established veteran things could get messy.  That’s not the case so far with this duo.

“He’s doing a good job of learning,” Flacco said about Jackson. “But he does a really good job of just naturally hanging in there and having his eyes down the field and finding the open guy. He’s gradually getting better.”

As for the long time starter, Flacco said he is going to get together with his receivers to continue throwing before training camp begins in late July.