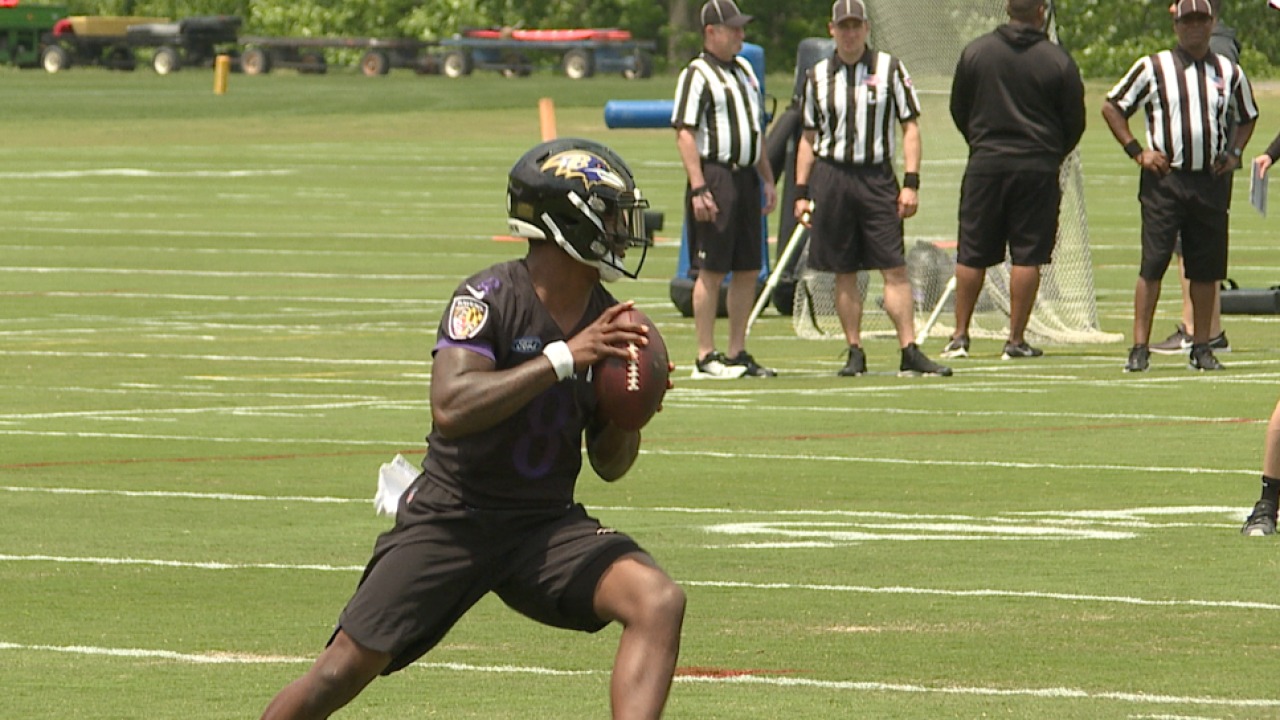 OWINGS MILLS, Md. — It’s no secret what Lamar Jackson’s offseason has been about: developing as a passer.

So, how’s he doing this first week back with the team?

“My first day I sucked. Second day I did better. Today was alright, but it could have been better,” said the Ravens quarterback.

Can’t get more honest than that.

Jackson has been putting in work on his own before this first week of Organized Team Activities. He’s been working on his footwork and mechanics. He said it’s translating onto the field.

“Watching film and stuff like that, I see my hip is firing sometimes. That’s what coach always wants me to do is fire my hip and keeping a wide base," Jackson said. "That’s been showing up a lot on film.”

But his ball, in the air, still leaves plenty to be desired.

“I got to get my spiral tighter because that’s been, it’s been crazy,” he said. “It’s been everywhere.”

Jackson is trying to improve individually but also trying to learn a new offense under new coordinator Greg Roman.

“We have plays here and there that’s totally different,” said Jackson. “We got new reads we have to go through, different drops. But, it’s been pretty unique. It’s different, and we’re doing alright for now.”

As for the defensive side of the ball, they’ve lost several key veterans from the number one unit in the league. Guys like Eric Weddle, C.J. Mosley, Terrell Suggs and Za’Darius Smith. Marlon Humphrey said it’s time for new leaders to emerge.

“That’s a lot of stories you’ve seen. You know, new faces on the Ravens. But, you guys see a lot of new faces, I see a lot of new opportunities,” said the Ravens cornerback. “A lot of guys, especially in my draft class and the class last year, stepping into bigger roles. Including myself.”

Voluntary OTA’s continue for the next couple of weeks before mandatory minicamp begins on on June 11.