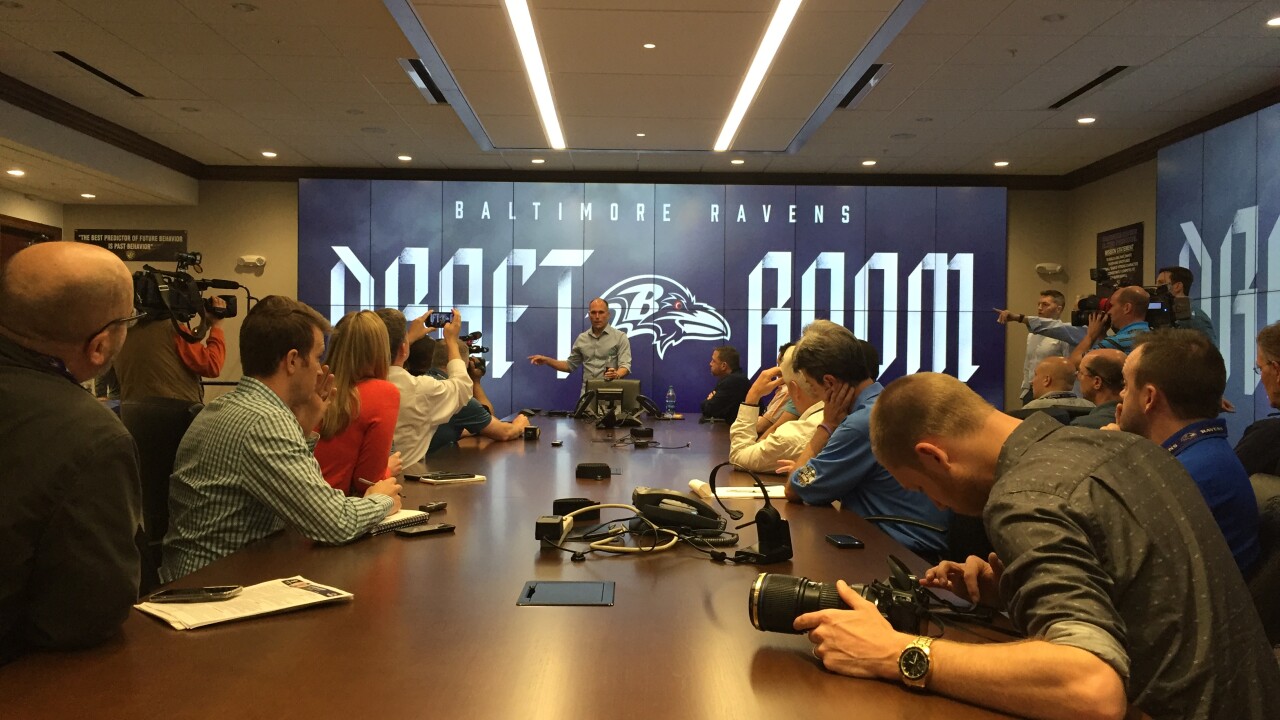 Shawn Stepner, WMAR
An inside look at the Baltimore Ravens Draft War Room

So many scenarios are on the table for new General Manager Eric Decosta and the Ravens on Thursday night.

As of right now, Baltimore owns the 22nd overall selection. If they keep the pick some logical positions where the Ravens could look, Interior Offensive Line and Pass Rusher.

However, the Ravens do not own a second round selection. They traded the pick during last year’s draft to move up and acquire quarterback Lamar Jackson.

A common thought is that they could trade down during the draft to acquire a package that includes at least one pick in the second round. ESPN Draft Analyst Mel Kiper tells WMAR-2 what that could mean for the Ravens.

"If the Ravens move into round two, then you’re looking maybe at wide receiver. You think about who could be there. It could be a really good second round receiver group. Think about Deebo Samuel from South Carolina. Great run after the catch ability. J.J. Arsega Whiteside is a big-bodied receiver, power forward. Two hundred twenty five pounder out of Stanford who shocked everybody with a 4.49 40 at his pro day in early April. Then you have N'keal Harry, big athletic receiver out of Arizona State. Miles Boykin out of Notre Dame is another one. Physically gifted receiver. And also AJ Brown at Ole Miss. All those receivers, at least a majority of those, could be in play in the second round if the Ravens move down to that point," said Kiper.

The Ravens history drafting receivers, not very good. Eric Decosta says one of the things they need to be able to hit on one. They need more at-bats and more swings at selecting wideouts

The Ravens currently have eight picks over the three days of the draft.