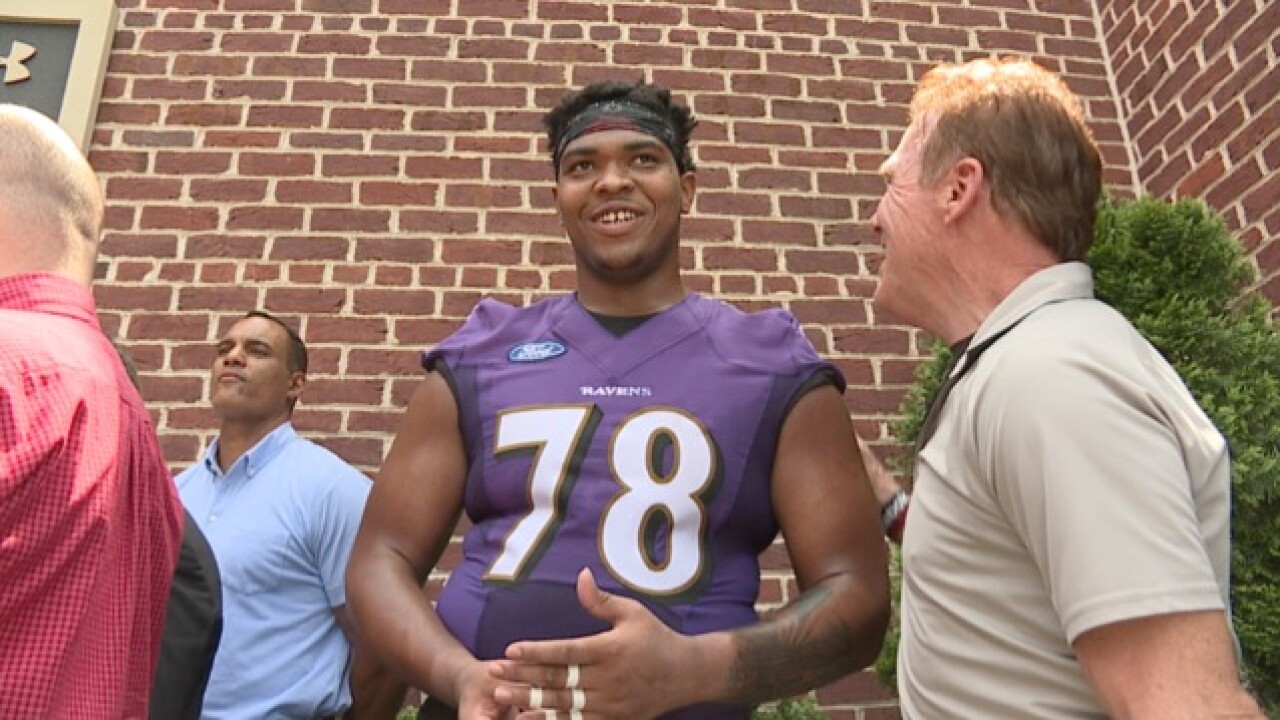 Orlando Brown Jr. is among the Ravens draft picks present for the start of rookie minicamp. His dad, Orlando “Zeus” Brown, was an original Raven and played six seasons for Baltimore. Like his dad he plays offensive tackle. The man they call “Little Zeus”, who played college football at Oklahoma, was selected by his hometown team in the third round of last week’s draft.

“These are people that have been knowing me literally since I was born in 1996. I’m very comfortable. I’m very happy to be here, very blessed,” said Brown Jr. “I grew up, pretty much, in Cockeysville/Hunt Valley/Towson area.  Very surreal. Very Surreal. It’s such a blessing to be here and to be around these people and to put on this purple jersey and the ability to now play on Sundays.”

Just like his father who won’t be able to watch his son live out his dream. Orlando Brown Sr. died in 2011 at the age of 40.

“My biggest wish right now is I wish he could see it. But at the end of the day that’s my motivation for getting to this point and continuing to make sure that I carry on his legacy.”

Brown Jr. carries something to remember his father during every practice and every game. He wears a black bandana under his helmet.

“When my dad passed he had a Ravens equipment bag up on his bed. That was my first time back in the house after school and after I had found out. I just went up there and there was a pair of D-Tack 4 gloves that I still have. I still have the bag. There was a bandana in there.

“He always told me and preached you play offensive line you got to have your own swag. You got to make yourself noticeable because nobody notices offensive lineman. It was just something that I adapted. From there it just holds a lot of value.”

Little Zeus has a pretty good shot at earning the starting right tackle job in his rookie season.

He’s hoping he’s the next Orlando Brown that holds value on the field for the Ravens.