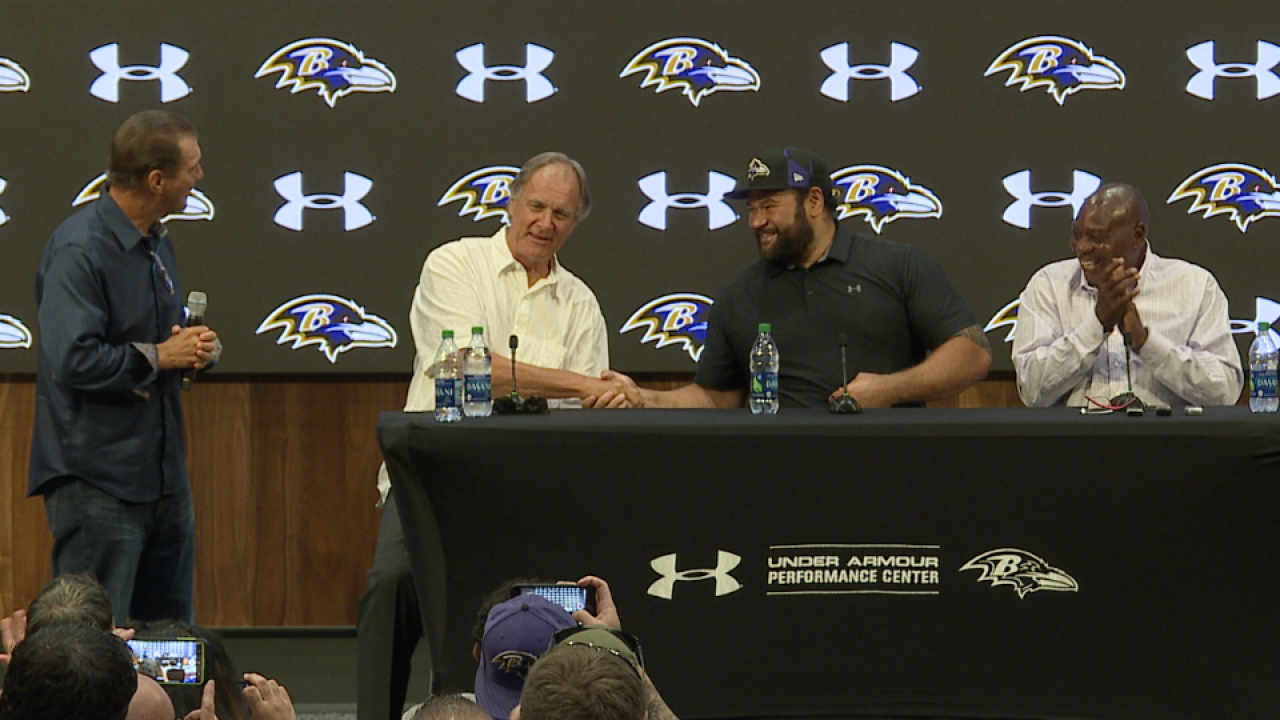 OWINGS MILLS, Md. — He is one of the most feared defensive players in the long history of football in Baltimore and Wednesday Haloti Ngata officially called it a career as a member of the Ravens.

Ngata returned to Owings Mills to retire as a Raven.

The dominant defensive tackle spent nine seasons (2006-2014) in the purple and black after being drafted by Baltimore in 2006. He was a five-time Pro-Bowler and two-time All-Pro first-teamer. He was a force, playing 135 games as a Raven. He registered 449 tackles, 25.5 sacks and five interceptions, but number that really matters – one Super Bowl Championship.

Ngata finished his career in Detroit and Philadelphia. He said he’s always envisioned this moment.

“I couldn’t think of any other organization to be a part of. I always knew I wanted to retire a Raven,” he said. “Just couldn’t wait to come back and be able to say I retired a Raven. That’s always been a dream of mine since I left here.”

Ravens owner Steve Bisciotti also announced Ngata and Billick will join the team’s Ring of Honor. Billick will go in during the 2019 season. Ngata will join in 2020. Billick coached Baltimore from 1999 to 2007, leading the Ravens to their first Super Bowl.

“To be recognized, it means a lot to me,” said Billick. “Particularly, an organization that was in its infancy, and now 20 years, that’s the thing; I look back – boy, 20 years ago – it’s amazing to think that. But, it is really special.”