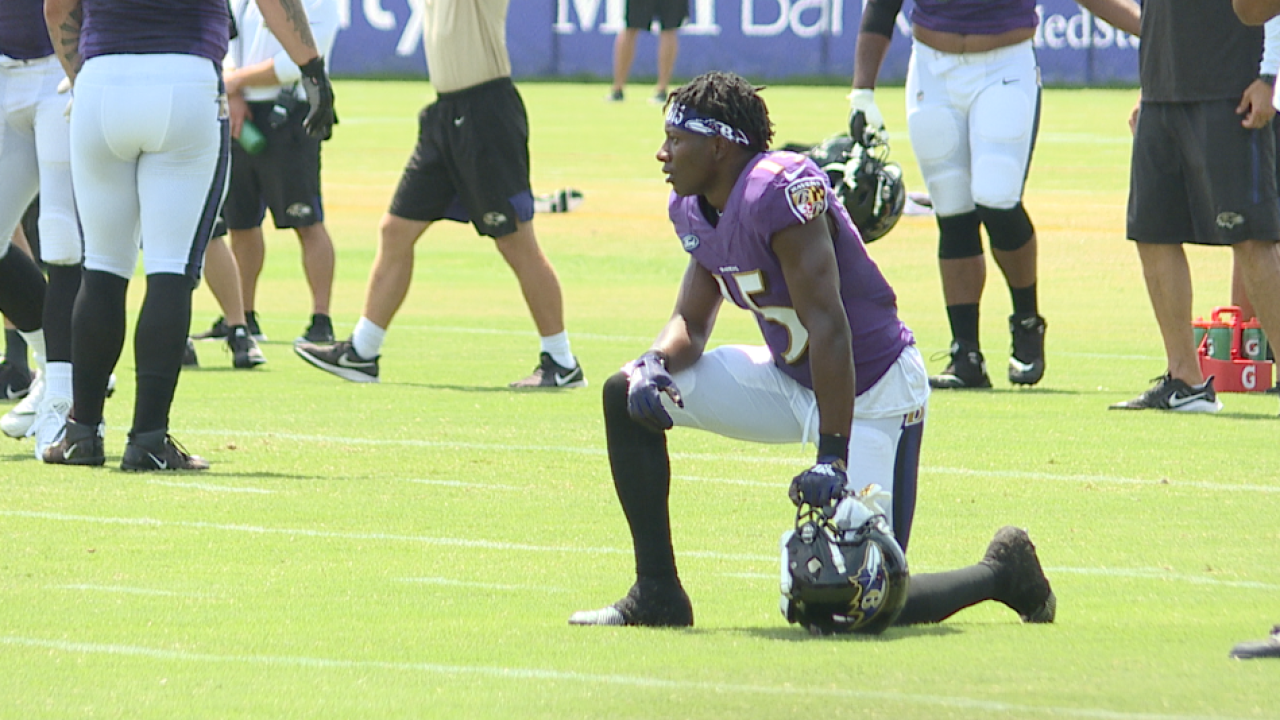 OWINGS MILLS, Md. — There was a notable absence from Ravens practice on Monday. Receiver Marquise Brown not on the field.

The rookie first-round draft pick, who is on the way back from foot surgery, missed practice following two straight days of participating in team drills for the first time.

“He’s recovering. All those kind of things are just part of training camp,” said Ravens Head Coach John Harbaugh. “I’m not going to get into every single guy or why he’s here or why he’s not. We don’t have any serious injuries and that’s just part of our process.”

It still should be cause for concern for the Ravens, who play preseason game No. 2 against the Packers on Thursday then travel to practice and play the Eagles next week. Reps for Brown need to increase as camp rolls along.

“Competition brings the best out of everyone,” said Eluemunor. “If someone doesn’t like competition then they’re in the wrong sport. It’s about competing every single day and the best will eventually show and whoever wins is obviously the best person for the job.”

While Eluemunor has the inside track at winning that left guard spot, kicker Kaare Vedvik came into camp knowing he had no shot at winning a starting job. That responsibility belongs to Justin Tucker.

Now Vedvik gets his chance at making an NFL roster. He was traded to the Minnesota Vikings on Sunday in exchange for a fifth-round draft pick.

“The win-win trades are the best trades of all,” said Harbaugh. “It’s a smart move by Minnesota for a lot of reasons. He can kick. He can punt. He can kick off and he can hold. And it’s great for us because we get a fifth-round pick and it’s hard earned.”

Training camp continues Tuesday morning, which will be the last chance fans can watch practice in 2019.