Marquise Brown: 'I feel 100 times better than I did last year' 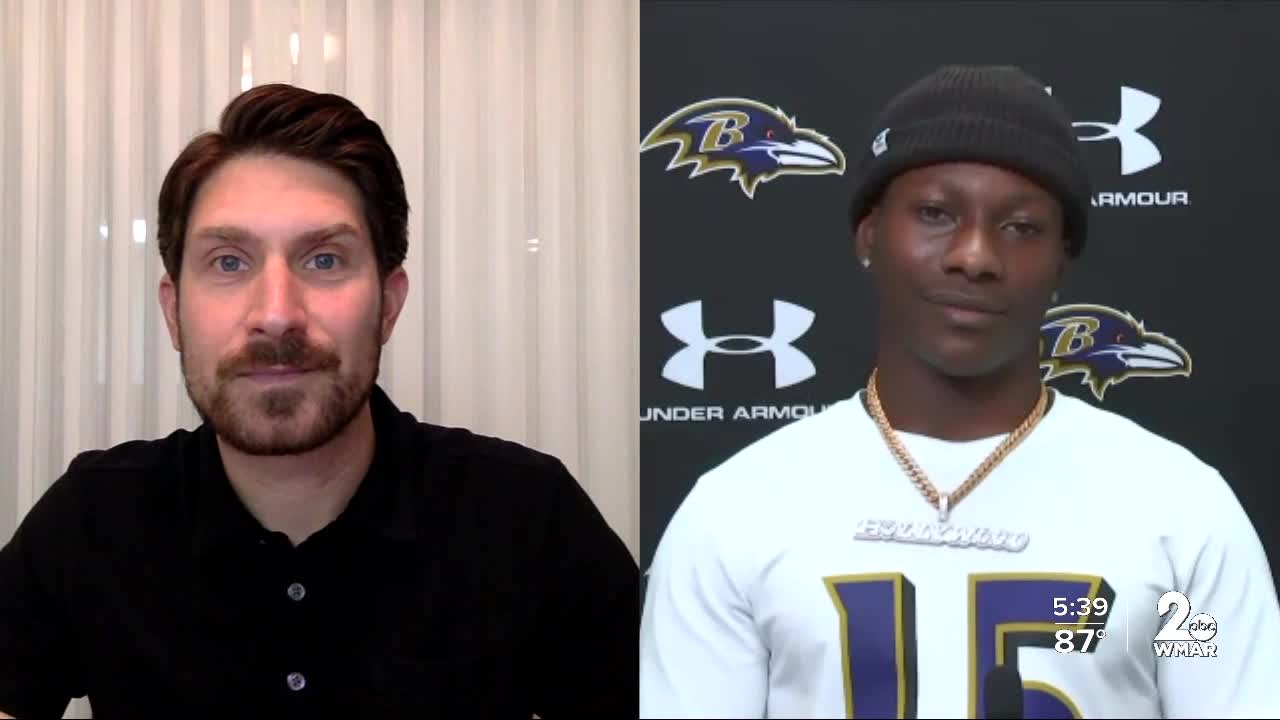 The man they call 'Hollywood' took his off-season role of bodybuilder pretty seriously.

"I took time out to address every part of my body," said Ravens wide receiver Marquise Brown.

Playing only at around 160 lbs. during his rookie season last year, he bulked up.

How does he expect that weight to help him starting week one?

"I think it will help me absorbing hits off the catch, blocking, anything physical," he answered. "Just to be able to have that extra weight and strength behind you to help with injuries."

Injuries are something Brown doesn’t have to worry about at least heading into his second pro training camp. After playing with a lingering foot issue all of last season, he says he’s 100 percent. This off-season he had a screw removed that was used in a previous surgery.

"I got bright days ahead. I feel 100 times better than I did last year," said Brown.

Last year all he did was match a Ravens rookie record with seven touchdown catches.

The 2019 first-round draft pick’s speed is still dynamic. While in Florida the past few months he used a Ravens-issued GPS tracker to measure how fast he was running.

"Even my first day running, not even going top speed, I matched my highest speed since I’ve been at the Ravens," he said.

He is improving on that speed so MVP Lamar Jackson can keep finding him on the field.

"I feel like he’s more hungry," said Brown about his quarterback. "He presses the issue about the Super Bowl. That’s his No. 1 goal. He wants to win a Super Bowl and he wants to win more than one."

Like Lamar, Marquise Brown is in favor of the Ravens adding his cousin Antonio Brown. Marquise said the free agent receiver would 'fit' in Baltimore’s locker room. Antonio Brown is suspended for the first eight games of the upcoming season for violating the NFL’s personal conduct policy.