Marquise Brown back at practice 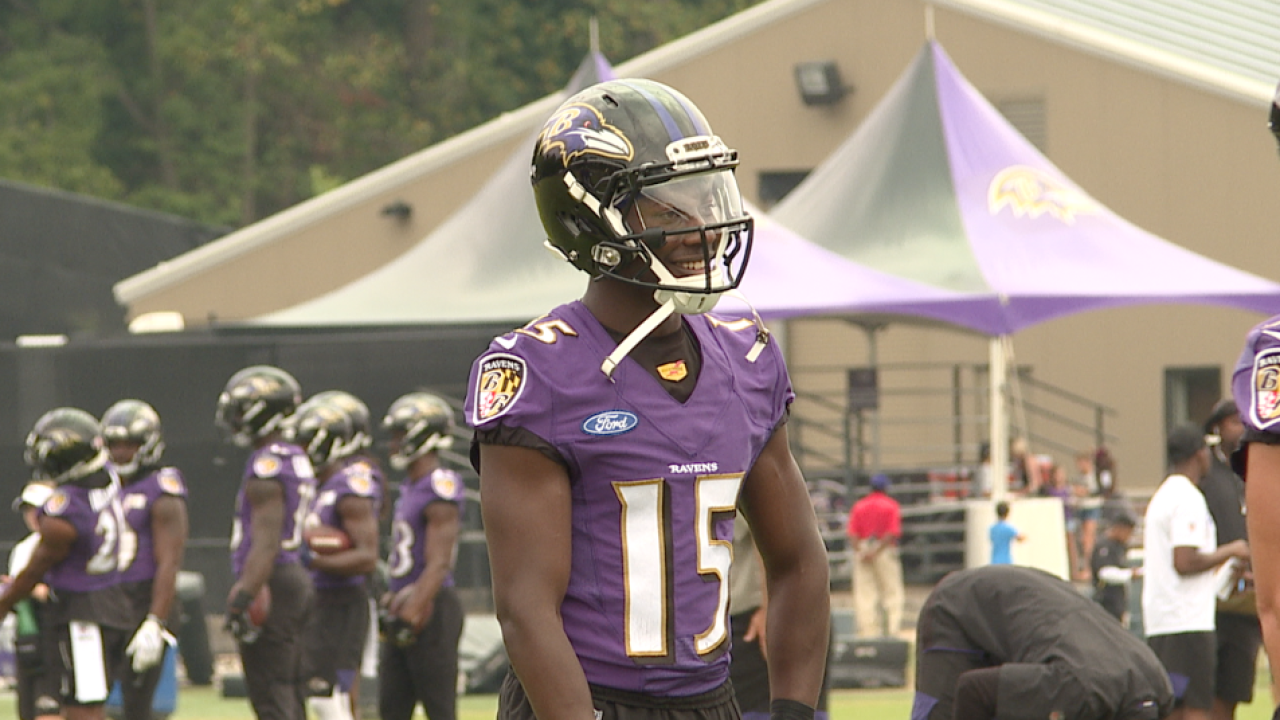 OWINGS MILLS, Md. — He is the Ravens rookie with the most expectations.

On Tuesday he was back on the field.

Wide receiver Marquise Brown participated fully in practice a day after he was held out for what Head Coach John Harbaugh said was ‘recovery’.

“Felt pretty good. Got me a good day off, get some rest and today opened up more,” Brown said. “Got some shots and was able to make some plays.”

The first-round draft pick is coming back from January foot surgery. He’s slowly coming along in training camp. He went through his first team drills over the weekend.

“Definitely a lot of rust,” he said. “Defense is helping me off to the side, letting me get some releases and just helping me, teaching me little stuff, different nuances in the NFL.”

Brown added that he feels like he’s constantly improving.

“I feel like each day I’m getting better and each day I got to knock some rust off because I still got technique-wise and stuff I got to get down,” said Brown.

“Going to be a process with Marquise and see how he feels from one day to the next,” said Harbaugh. “It’s healing. I think part of it is just getting strong just from the reps. He’s been healing, so he hasn’t been running. There are muscles in there that need to be trained and stuff. But, he looked great today. He looked really good.”

As preseason practices roll, on it is imperative that Brown develops chemistry with Lamar Jackson. As you would expect, the second-year quarterback looks much improved compared to this time last year.

“I’m way ahead of [where] I was last year,” said Jackson. “Last year I was asking coach, ‘What do you got right here?’ and stuff like that. This year it’s a lot of studying. I’m dialed into my playbook.”

Next up for the Ravens is preseason game No. 2 . That comes at home, on Thursday, against the Packers.

Harbaugh said Jackson will play about the same amount as in the preseason opener, which was three drives.