Maggio living out his dream with hometown Ravens 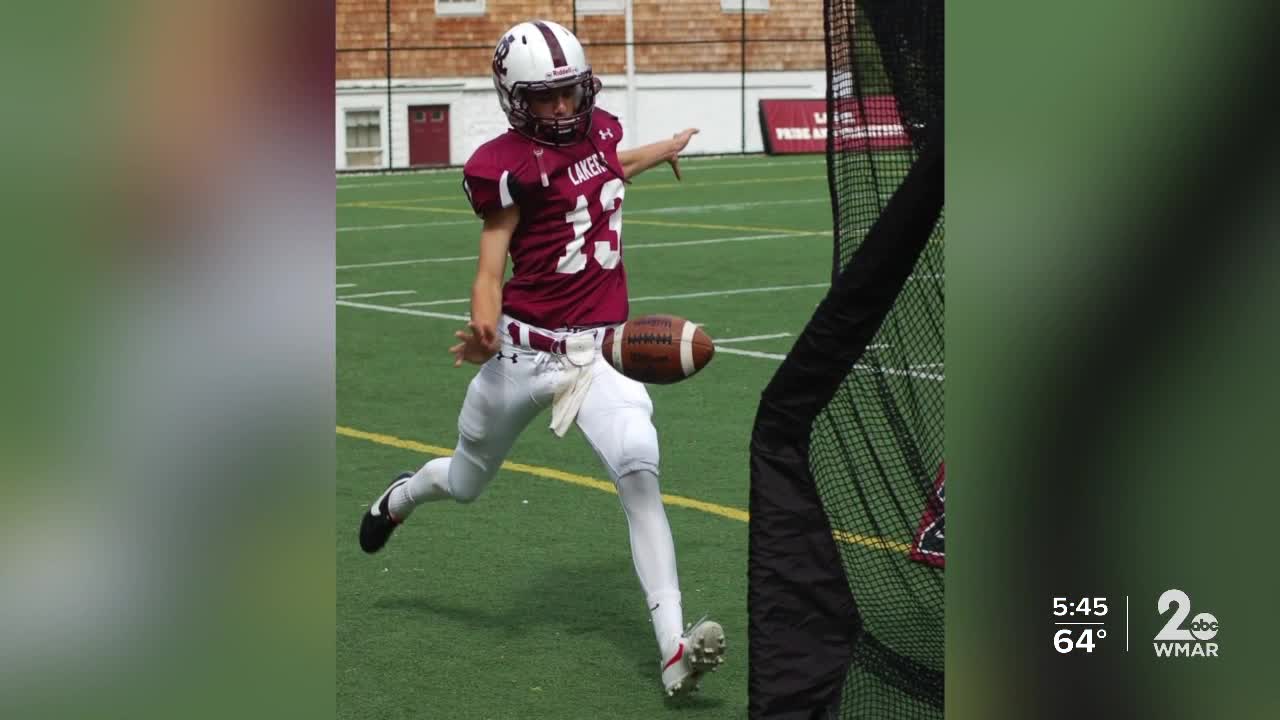 You could kind of see that coming for the hometown rookie of his position.

"Fitting for a punter’s lifestyle, I guess. It’s a blessing. I’m super excited and thankful for this opportunity," said Maggio.

After going undrafted last month, the Monkton, Md. native and Boys’ Latin High School grad signed a free agent contract with the Ravens - the team he grew up rooting for.

"It’s a dream come true. I’ve always heard great things from the Ravens organization, top-down. Now I’m living it," he said. "Just putting the pen to paper was amazing. I’ll be able to wear that jersey and I’m excited."

Maggio comes home after four years at Wake Forest. He became one of the best punters in Demon Deacons program history and finished second all-time with 291 punts for 12,703 yards.

"I pride myself on being able to hit a big ball, whether that’s distance or hang time," he said. "I’m definitely working on those other punts as well to help the team, whatever they need situationally."

Those other punts, as he put it, have been perfected by the best punter in Ravens history, Sam Koch, the same guy he’ll be competing against at training camp.

"He’s proved that he can belong in the NFL. My job now is to prove that I can also belong in the NFL," said Maggio. "So, I’m going there to compete every day and hopefully we’ll push each other to get better. I have a ton of respect for Sam and I’m just trying to learn and pick his brain any time I can and just learn a lot by being alongside him and watching him."

That’s just what Maggio has been doing, working with Koch and kicker Justin Tucker a few days a week at a local field, all while taking part in Ravens virtual activities.

Home is just the beginning.

"Staying grounded and just working hard and putting my head down so I’ll be ready once we get into camp and everything," he said. "So, I’m excited."