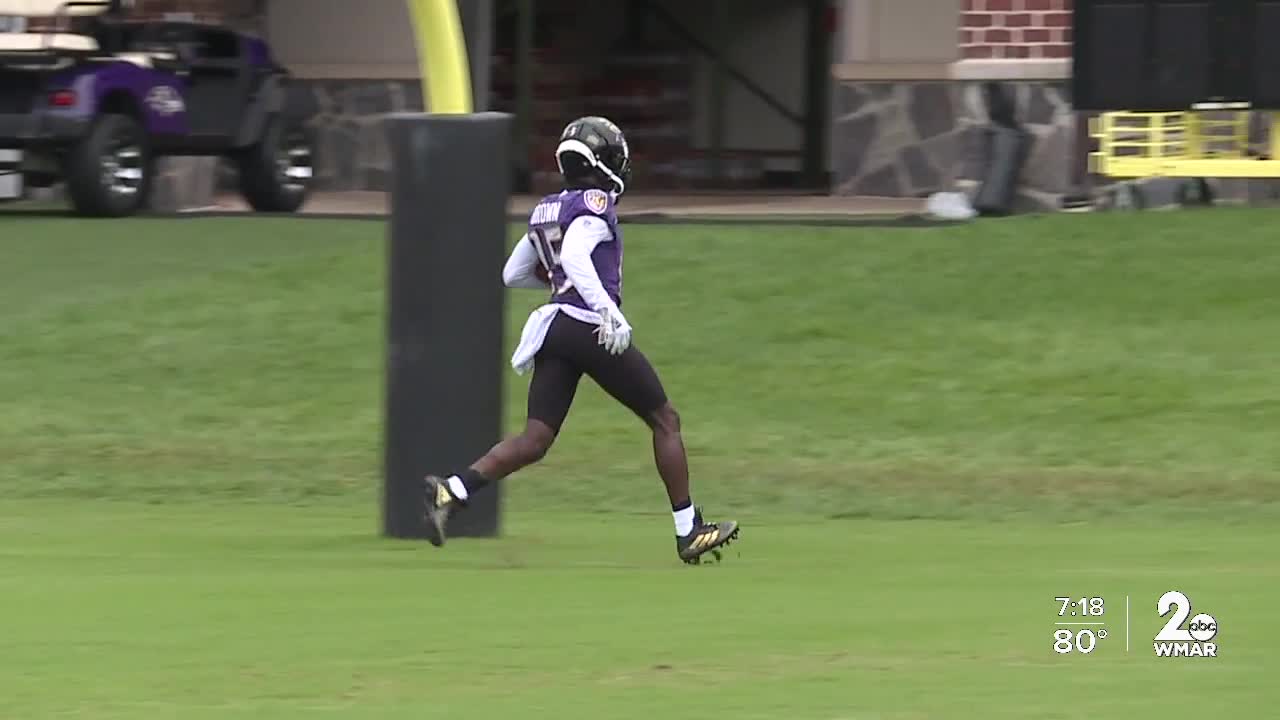 With the regular season just ten days away, the Ravens' most important player believes his team's readiness is right on schedule.

OWINGS MILLS, Md. — With the regular season just ten days away, the Ravens' most important player believes his team's readiness is right on schedule.

"Our offense is flying around, moving around great. Our defense is making plays out there on the field," said quarterback Lamar Jackson. "I just can’t wait until the real game comes. Show the world."

The reigning NFL most valuable player is full strength after missing a couple practices with a minor groin injury a couple weeks ago. He said the time off was more for maintenance.

"It wasn’t really nothing major at all. I'm good now. I was good the day I sat out of practice. They just wanted me to just keep it safe, stay in the safe zone because the season is coming up. I’m 100 right now. I’m good," said Jackson.

So Lamar is good and so too is his No. 1 wide receiver, Marquise Brown. So much so that Jackson has to get up to speed with Brown's speed.

"In one of the scrimmages I had underthrown him and threw an interception because he’s running so fast," said Jackson. "I just got to work on me getting him a playable ball for him to run through the passes and score touchdowns."

Brown is fully healthy after recovering from a January 2019 foot surgery. Issues from that procedure lingered all last season.

"I’m feeling 100 times better than around this time last year," said Brown. "I just got to keep pressing."

Brown is also feeling 100 times better about his QB.

"You could tell he’s more comfortable," Brown said about Jackson. "He’s reacting to things quicker. He’s getting the ball out quicker. The timing is better with the receivers."

That all gets put on display game one against the Browns, Sunday September 13.