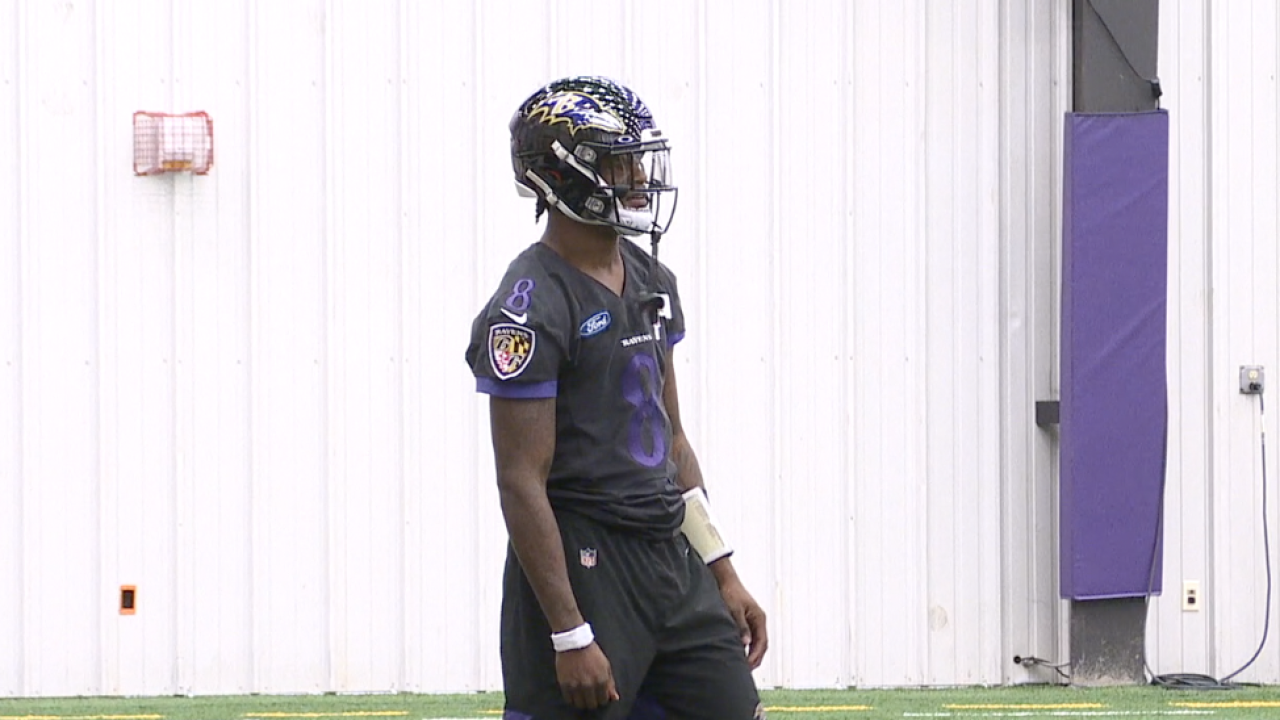 OWINGS MILLS, Md. — The first week of playoff practice is in the books with the Ravens most valuable player in full health.

The quarterback was back at practice after fighting the flu.

“I really don’t get sick,” he said. “It was like a stomach bug, kind of. It was weird, nasty feeling, numbness. I didn’t want to get around nobody on my team, especially. They need the work. We need to get better.”

That’s what this week of practice was for.

With the top-seeded Ravens on the bye it was a chance to stay sharp.

“We enjoyed the week off but we was out here getting better as a team and staying close,” said linebacker Matthew Judon. “I think we did right with this week. Hopefully we look back and this week was what propelled us to win the Super Bowl.”

“It means a lot to the guys individually, but I also feel like it means a lot to our team,” said Head Coach John Harbaugh. “All those kind of awards, they are team awards.”

The brain behind the team’s offense, Greg Roman, was on the field at practice Friday fresh off his interview with the Cleveland Browns for their head-coaching vacancy. Jackson isn’t a fan of the rival talking to his offensive coordinator.

“They need to chill out. We got something to do right now. We need him to focus because we need to focus,” said Jackson. “We’re trying to get somewhere. Let us do ours. You guys are going to have your turn when the season is over with.”

As for the injury situation, Harbaugh said running back Mark Ingram is on track to play next Saturday in the divisional playoff round. He has been dealing with a calf injury and should be full speed at practice next week.