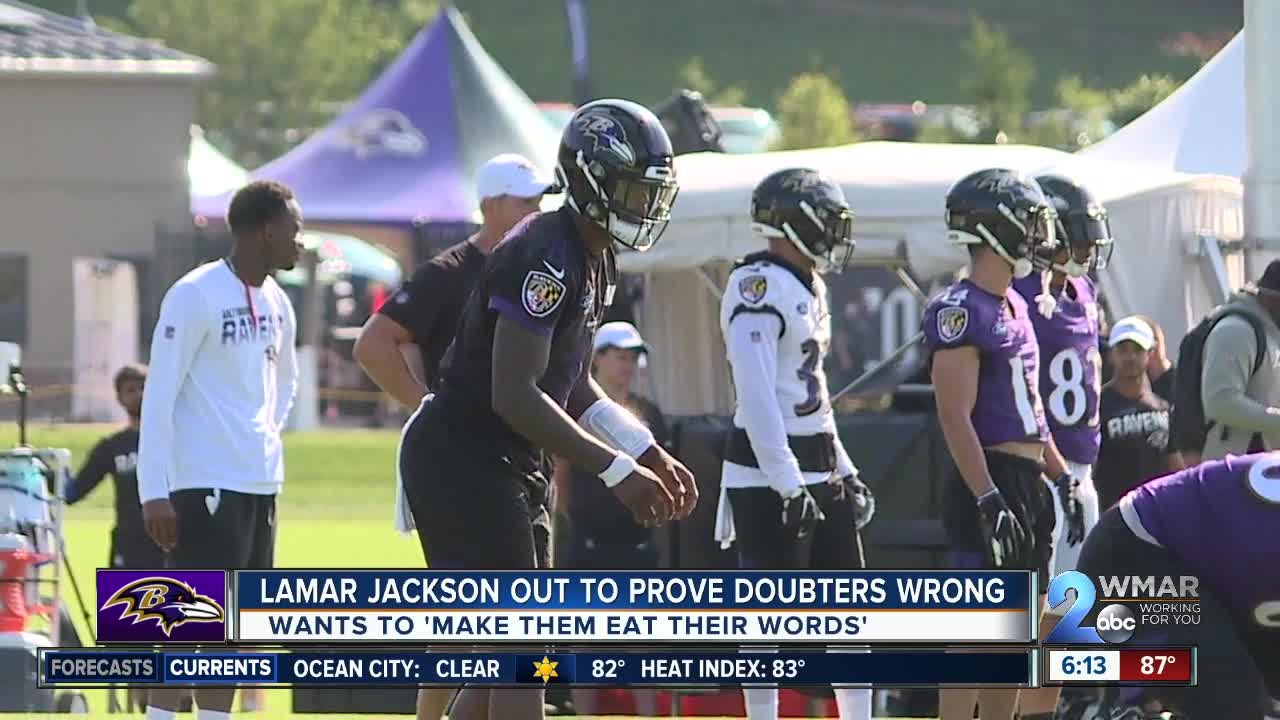 Lamar Jackson knows he has doubters. You better believe he’s using that as motivation. 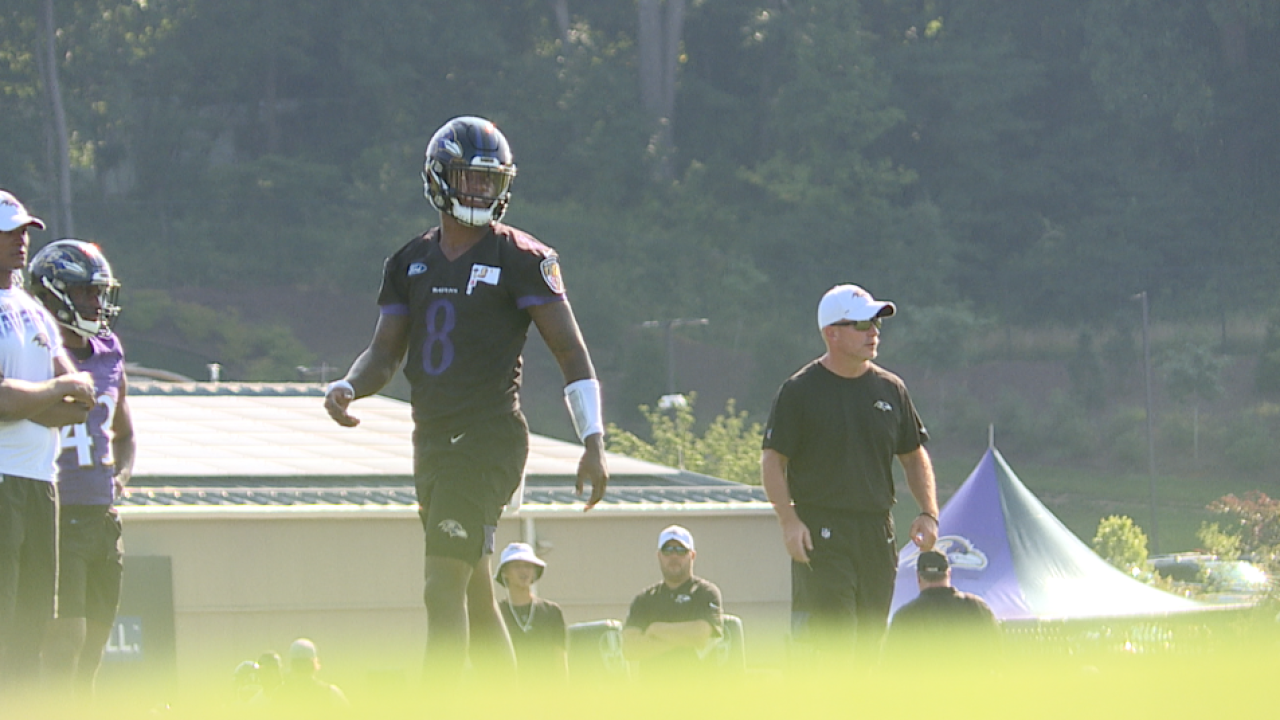 Jackson’s second training camp is his first as the Ravens' starting quarterback.

“I feel great,” said the 2018 first-round draft pick. “Just getting to it; we got a lot to prove a lot of doubters wrong.”

He said he put on about 7-10 lbs. of muscle over the offseason. He doesn’t only feel different physically from year one, but also more comfortable calling plays.

“Instead of telling my coach, 'say the play over again,' having the clock run down, it’s totally different this year. We’re moving the ball fast. A lot of execution going down, going through my motions. It’s going good so far,” Jackson said.

Good on the field and off.

For a young quarterback in the NFL, his personality and demeanor has amazed his head coach.

“I look back at being 22 years old and could only have hoped to have Lamar Jackson’s poise and balance, sense of proportion,” said Ravens Head Coach John Harbaugh. “He just is who he is. He doesn’t get flustered, doesn’t get fazed. It’s never too big for him.”

With the Ravens installing a new offense this year, built around Jackson, that’s huge for his potential success in 2019.

“(I) had months to prepare with it, a lot of studying going on and getting the chemistry down with my guys. I love it. I love the offense,” said Jackson.

Notes from Friday’s practice: Right tackle Orlando Brown, guard Jermaine Eluemunor and linebacker Shane Ray all participated. All three passed their conditioning tests after sitting out the opening practice of camp on Thursday.

Now it’s time for training camp to move downtown. The Ravens have a free and open practice inside M&T Bank Stadium on Saturday night. Gates open at 5:00 p.m. Practice beings at 6:00 p.m.