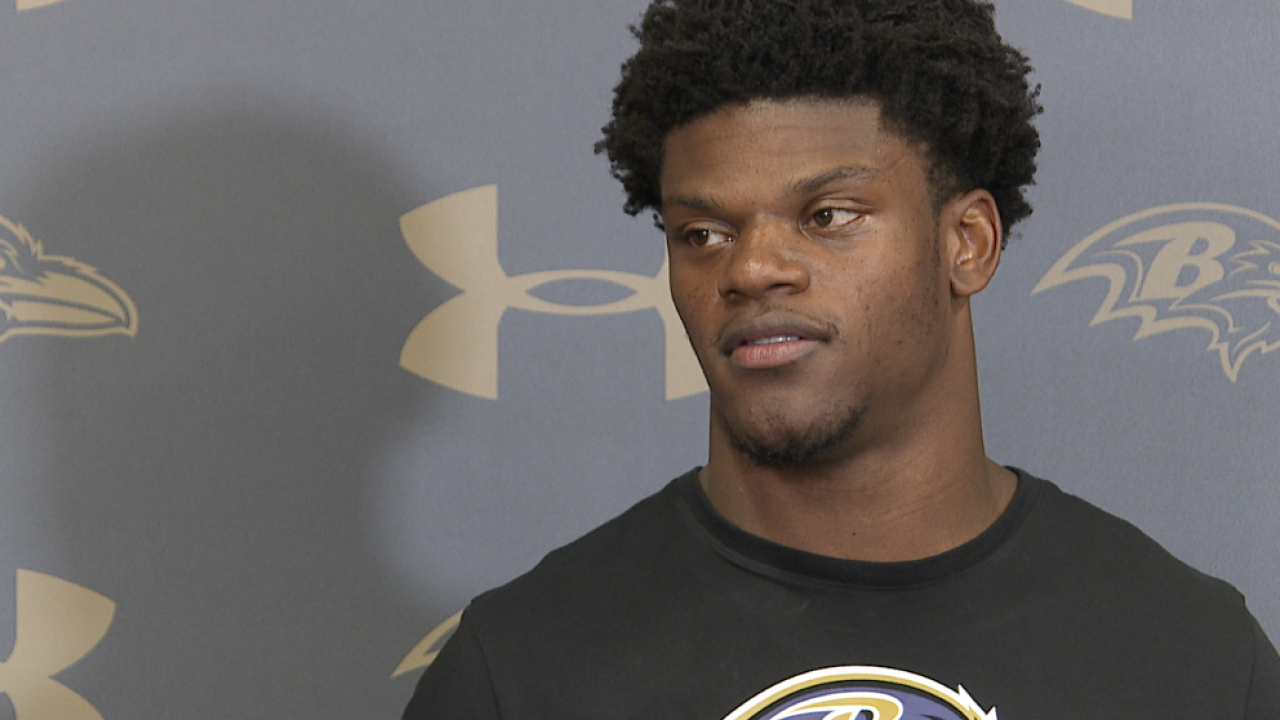 Jackson’s already been throwing on his own this offseason. Now that he’s back in Owings Mills for voluntary offseason workouts, he said leadership is one area where he wants to make some strides.

“Coming in, knowing that I have to step it up a lot," Jackson said. "Just being mature, playing my part, talk to my guys. Try to have a positive attitude each and every day.”

And before training camp rolls around, he aims to get better in areas like:

“Keeping a wide base, throwing out-breaking routes, trying to be spot-on with my accuracy," Jackson said. "Trying to work on each and every attribute I can.”

He’s also working on building a relationship with new running back Mark Ingram. The veteran free agent addition from New Orleans signed with the Ravens in March. So far Ingram is a fan of his new QB.

“He’s really mature and his mind is definitely in the right place,” he said. “(He) wants to get here early, get in the film room, study. He’s a hard worker.”

While Ingram is one of the new faces on the offensive side of the ball, the Ravens defense has had much more of an extreme makeover. Gone are the likes of Terrell Suggs, C.J. Mosley, Eric Weddle and Za’Darius Smith.

“You walk in day one in 2019 and they aren’t there. It’s obviously something you definitely can’t not notice,” said Ravens safety Tony Jefferson.

“It’s a big, different vibe. Me looking to my right seeing Sizz (Suggs). Me looking to my left seeing C.J. Me looking across seeing E.W. (Weddle). It’s kind of weird, just that vibe,” said Ravens linebacker Patrick Onwuasor. “But Tony and the other guys and Earl are doing a great job of picking up where they left off at. Just leading us.”

‘Earl’ is Earl Thomas, the veteran Pro Bowl safety who signed with the Ravens last month. Players said he’s already filling that leadership void early in his time as a Raven.

Off the field there is big news on the horizon for the Ravens and the rest of the National Football League. The NFL announced on Tuesday it will release the entire 2019 regular season schedule on Wednesday night at 8:00 p.m.